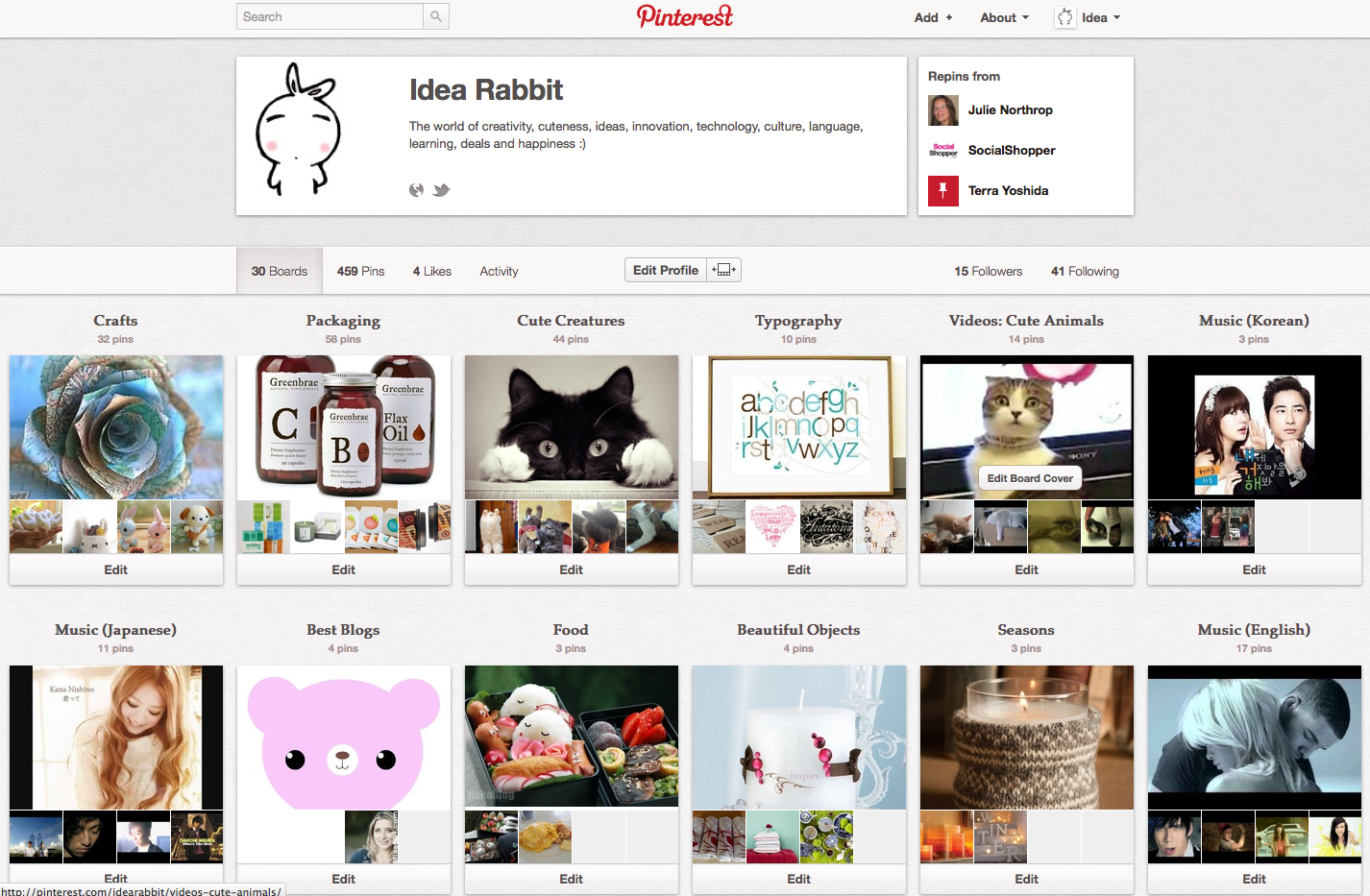 I heard about Pinterest an year ago from a friend who was really into photography. I also knew he was also into a lot of the social media stuff. At first, I didn’t really understand the purpose of Pinterest. Why pin photos from the web? Well, I guess there are some images you want to keep for reference later on. Previously, I would copy it and keep it in a folder on my computer. But after using different computers at home, work, school, and backing up files, it all gets really disorganized. So why not keep it all in one place? There is already an online bookmark for all your sites you want to keep a record of (Delicious.com), so why not for all your images?

When I met up with this friend a month ago, he told me that his last several months of rent has been paid off by the earnings he gets from Pinterest!! I was shocked!!! But I knew that he has over 1 million followers, and because the photos links back to the site it is from, businesses are taking interest in Pinterest as a way of marketing their service/products, and paying those who have many followers for every new followers and sign ups. What’s great for the user is that it’s completely free like Facebook and Twitter – so no loss for us!

I’ve also recently started using Pinterest, but I am no where near the million followers mark, and not sure if I ever will. But, I figured that it’d be good to know how to use it at least. It may come in handy later on, and doesn’t hurt to have an archive of all the images I’ve liked. I also recently found out that you can also pin videos too!