Been here several times to enjoy real German food – hence the name Deutsches Haus (German House). Located a bit underground, I never knew about this restaurant. But it’s cozy and decorated with photos of Germany. The restaurant is open and quite large. It’s usually only half full, so never have to wait to sit down.

The first time I came to Deutsches Haus last year, it was also my first time trying out German food, so all was very new to me. I had been on a almost no-red-meat diet the year before, so that was also new in terms of introducing meat-heavy dishes. I didn’t know anything about German cuisine, so I left it up to my company to decide, as he was from Germany. Most staff there are Germans and so far, I’ve never really interacted with the servers since my company does all the talking in German. 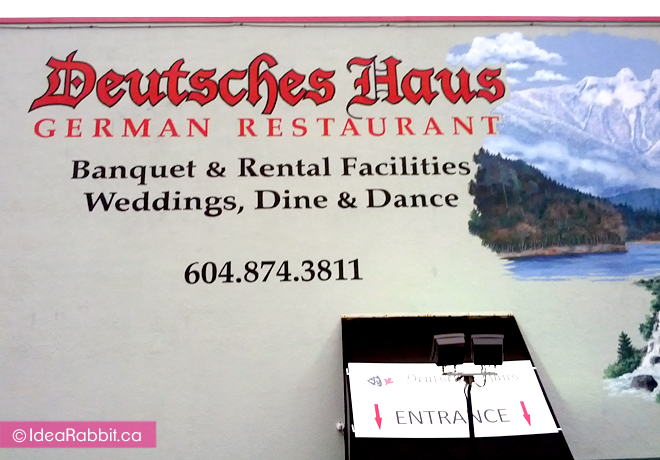 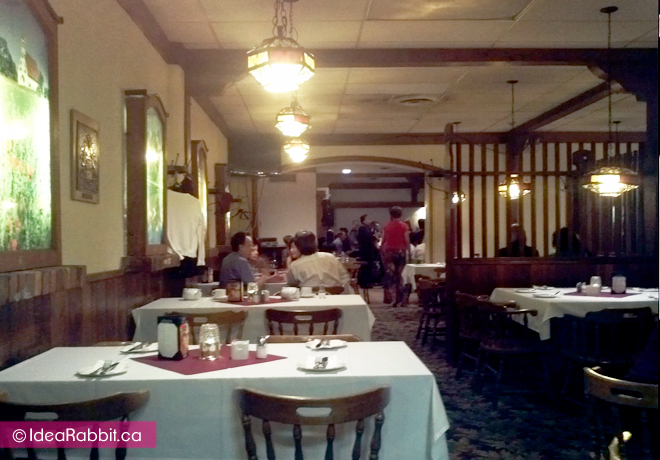 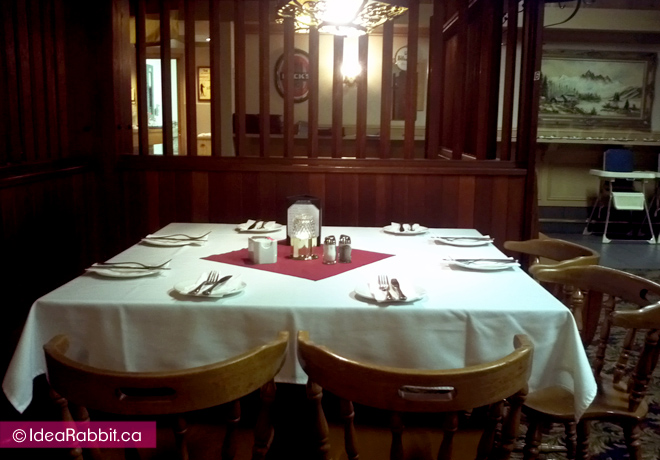 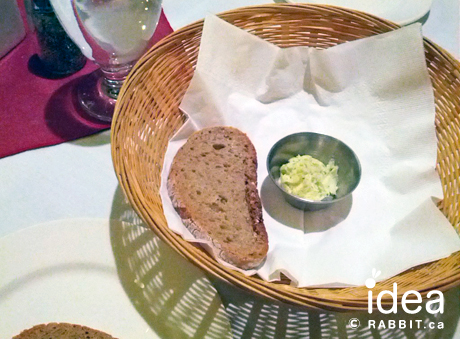 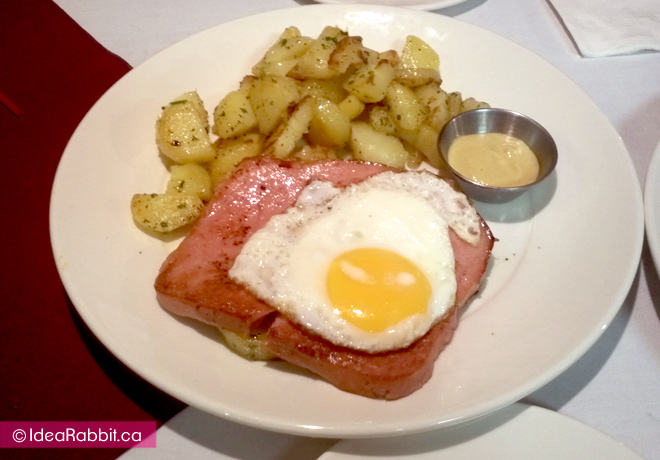 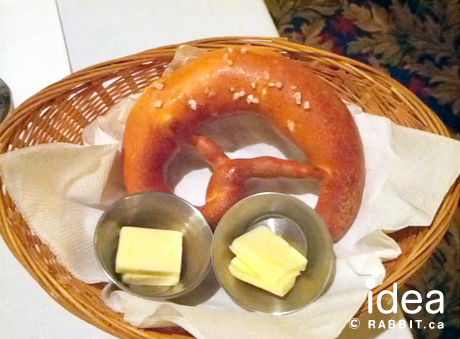 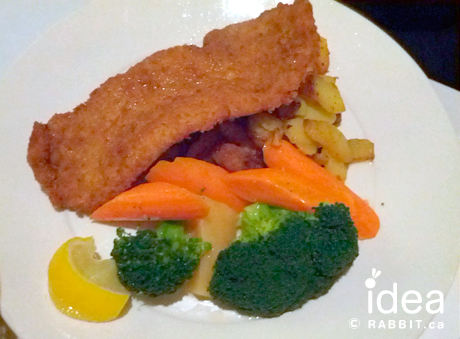 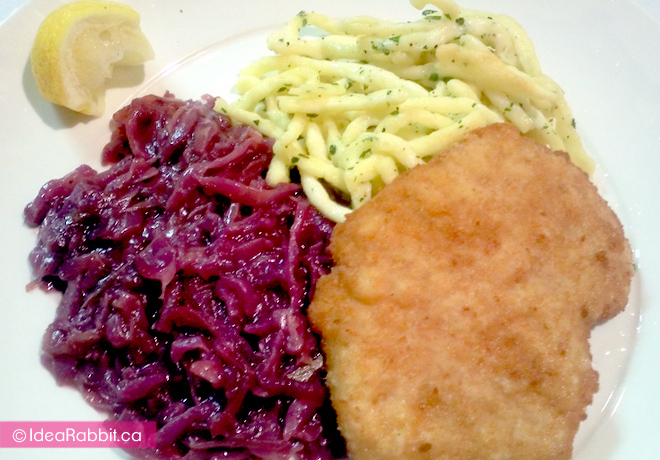 The leberkase has become one of my favourites. It looks like a thick ham, and is similar to bologna sausage, topped with a sunny-side up egg and lightly seasoned potatoes on the side. We also ordered the German pretzel $3 – pretty much like the New York pretzels. We also ordered the infamous schnitzel with vegetables and fried potatoes $11.

My company noted to the server that the schnitzel is NOT supposed to be breaded and deep fried – that is not the way in Germany. Apparently, some of the servers didn’t know about even though they were from Germany…and they used the excuse that the cook was Chinese – LOL.

The food is pretty good. The portion may look a bit small, but since it’s meat and oily, it quickly fills you up. It is on the pricier side, so not your everyday dine-in place, but worth the trying it out.

Sept 29 2013 – No Longer a Public Restaurant…
Sheepie wanted to host his birthday dinner at Deutsches Haus, so we went to see if we could make reservations. Surprisingly, it seems like it is no longer a public restaurant. When Sheepie went in to make reservations, he was told that he now has to become a member which would then allow him to bring 4 other people as guests. With 10 people or so in mind, that would mean that t least another 2 people would have to become members. We thought the membership was free, but after reading a review on Urbanspoon, it seems like the membership costs a whopping $10. Now why would I pay $10 to become a member, and have to pay for food on top of that? Ok, so they may take that off the food bill, but does that apply to your guests?

It seemed a bit strict. Not only that, you must fill out a form with all your info like full name, address, contact info, and it even asks you if you can speak German – but written in German, so if you didn’t check ‘no’ the staff would still know that you don’t understand German because you wouldn’t have been able to read it in the first place. Sneaky.

From what we speculate, it could be because they were not able to get a license from the city so they are not allowed to serve food to the public. But if they are a private ‘club’, then they are able to serve to those members as usual.

It’s sad, as I don’t know many German restaurants in the Vancouver area. (there’s Jagerhof, but that’s all the way in North Van…) Luckily, the last German food I ate was in Germany – real authentic German food…ah…I miss it…even though I’m not much of a meat-eater. But where to get some here?

They have since reopened to the public! Yay!