Every summer, about 400,000 people gather along the shores of English Bay to watch the fireworks by 3 competing countries. This year, it’s UK, Canada and Thai.

On the night of the fireworks, be sure to arrive early. Although the fireworks start at 10pm, the beach is already full of spectators around 8pm when I usually go every year. Bring a mat or trap unless you’re ok with standing in the back or sitting in sand. A blankie or hoodie is a good idea, since it will cool down fast near the waters! Deck of cards or tablet with games to keep yourself and friends busy will make the time go by much faster. Be prepared to go and lineup at the outhouses early if you need to go. The wait is usually about 10-15 minutes. 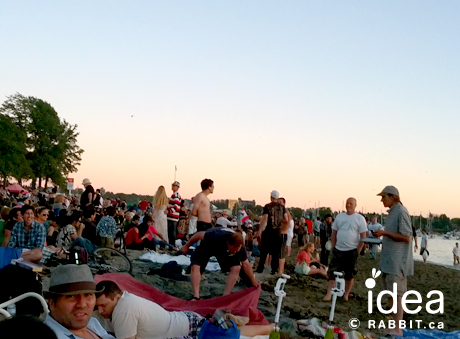 Everyone’s come out to check out the fireworks! 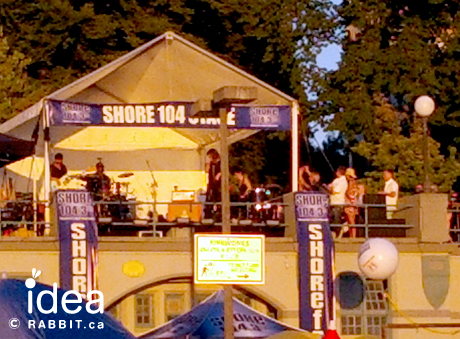 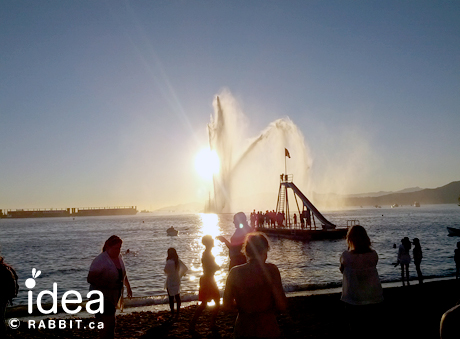 This year for the first time, they have the performance stage facing the beach to keep everyone entertained. For the first fireworks (UK -  July27th ), we had Serena Ryder perform!

The firework is usually 20-25 minutes long. The theme for UK, not surprisingly was James Bond. It was interesting since I knew the theme songs they were playing, even the old ones since I have been going through the James Bond collection, watching one every Friday. (I think I’m still at 1989, the 16th film…lol) Because a lot of the songs have a slow and mellow music, the fireworks was a bit dull and unimpressive at times. But overall, it was a good performance. Great to be near the water in front row seat! You will have to put up with sand flying around as people walk around you, and smell of pot.

Once the fireworks are over, don’t even bother packing up and leaving for at least 15 minutes. Do NOT go to Davie and Denman entrance – or that area for that matter. I made the mistake the first few times that I went, only to end up in a jam, and people pushing and becoming impatient. It can be scary at times. You never know what those waves can do. People who are shorter are literally swept off their feet, and parents will have to watch out for little kids who may get trampled. Instead, head a bit down the beach toward Sunset beach and walk down Beach avenue instead. The traffic there is much smoother.

I am not sure how the transit is, but I can only imagine it’ll be chaotic. Expect to wait long hours…I knew some people who gave up on taking transit and ended up walking several hours home to Burnaby. 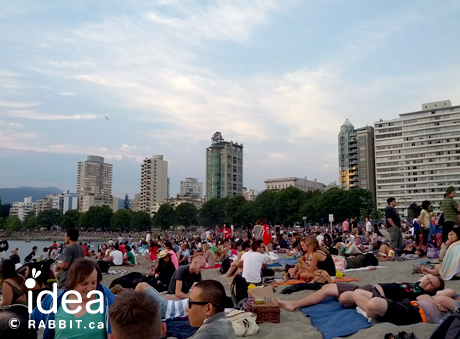 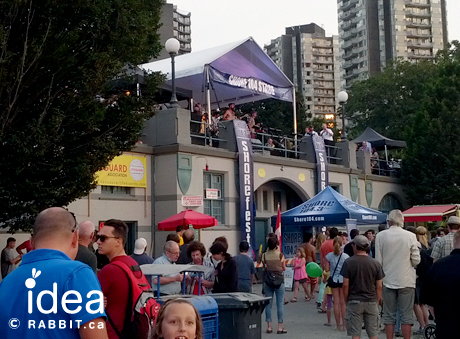 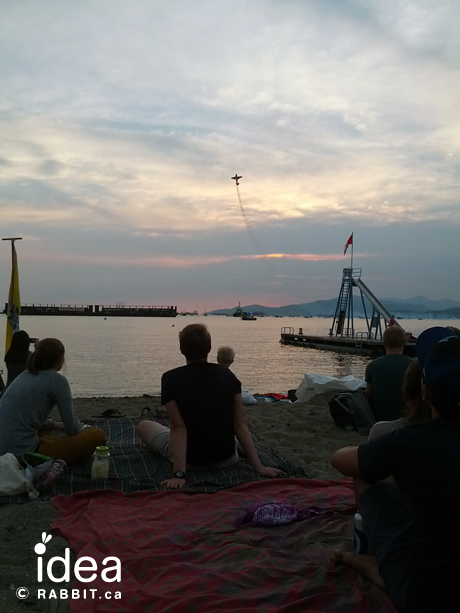 Check out the next fireworks on Saturday Aug 3rd – it’ll be Thailand! Happy watching!