We were in the Kits area and felt like sushi. Since we had gone to Sake Maki and Green Leaf several times already, we thought we’d try a new place.

As soon as we walked in, we knew that it wasn’t going to be good sushi. The restaurant was full and many were lined up for take out, but the interior and servers look told us that we weren’t going to be happy customers.

The corner we were sitting at was alittle cramped. The interior was nothing fantastic. It seemed  like a  Chinese run Japanese restaurant which felt cheap. (though I have read that it’s owned and operated by Japanese and Chinese on Follow Me Foodie) Sure enough, when the food arrived, our assumption were true. Miso soup tasted like fluoride. The meals were really cheap, but so was the quality. I saw no Japanese customers. I am not a fan of tuna when they are so thick and blocky. Not only that, the chefs would be fired if it was in Japan.

Some places were a bit dirty. With customers waiting, it seemed like people were being rushed. I think the table behind us left because their orders weren’t being taken.

Never going back again!
But thumbs up to free parking underground around the back of the restaurant. 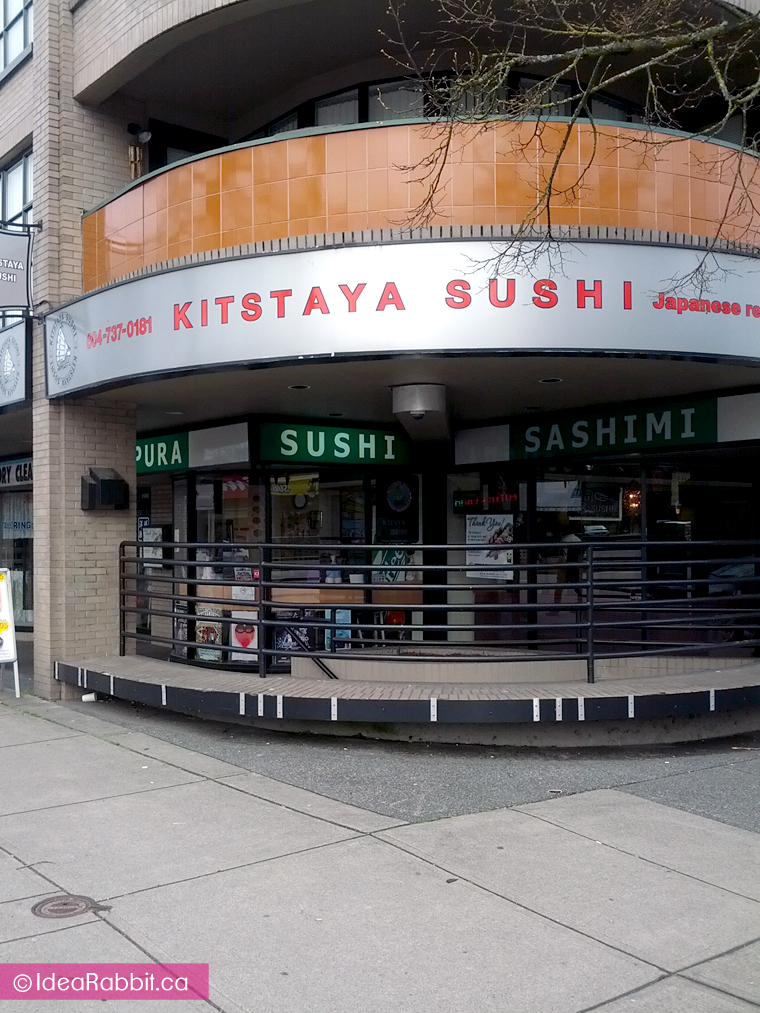 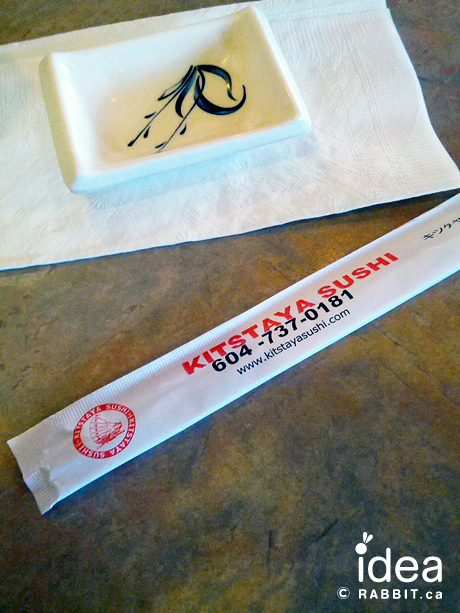 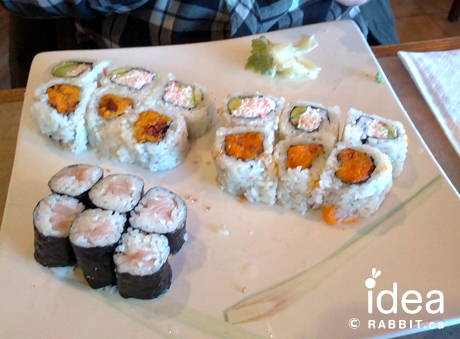 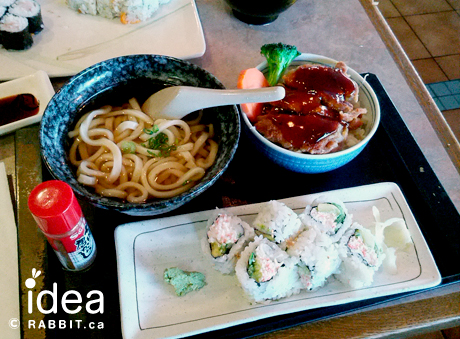 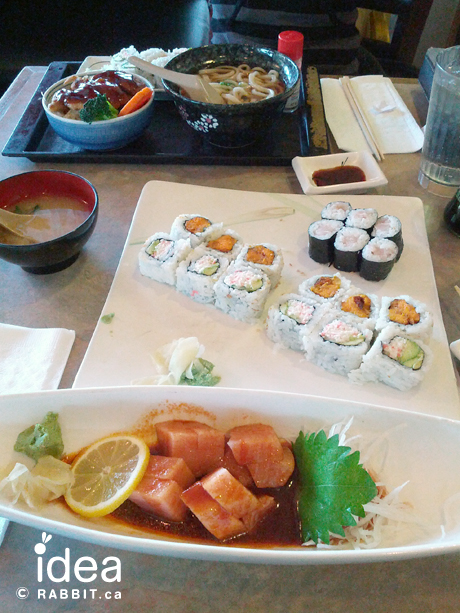 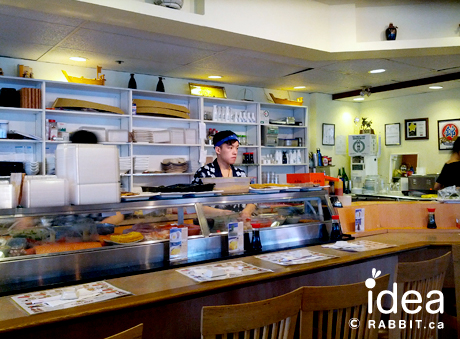 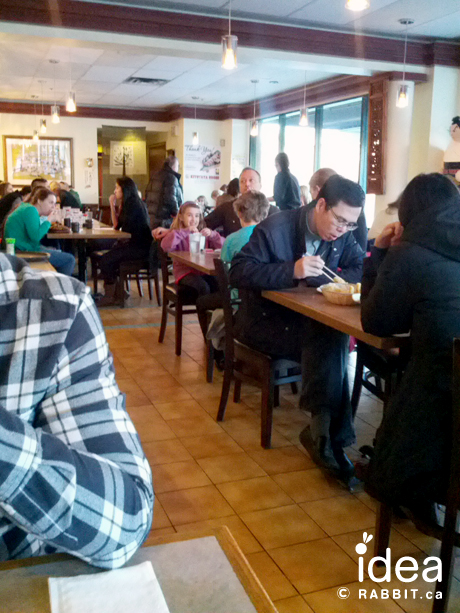 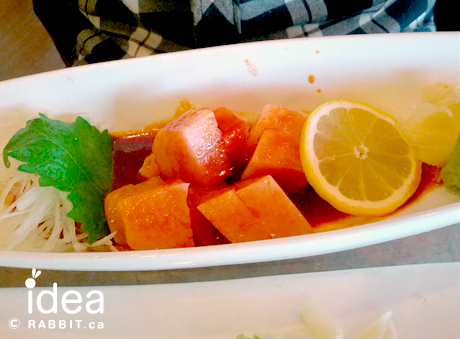