*Updated: as of April 2014, this place has closed down

A fairly new (opened April 2012) Indian ‘fast food’ place that’s more catered to take out customers. Located inside a convenience shop called Urban Choice Market, it’s a bit of an odd setting, but thought I’d try it out. I was out front looking at the banner that showcased their best deals. An Indian man was sitting on one of those plastic chairs out in front reading a newspaper. As soon as he saw that I seemed interested, he started to chat with me.

As I walked inside behind him, apparently his ‘regular’ customer walked in, and so she was served first as I looked more at their menu. It was nice to have photos for each dish, as I wouldn’t be able to tell what was what if they only the the names listed. Prices seemed reasonable.

Another ‘regular’ customer came in and we were talking about how he always comes here. I told him it was my first time trying out the place and he suggested the curry with rice for $6. I was convinced right away, as that was what I was thinking of trying. I ordered the butter chicken with rice. The friendly Indian gentleman, put a bit of curry at the bottom of the container first. Then rice, then more curry on top. Ah~ good thinking. All the other places usually puts the curry on top, leaving the bottom portion of the rice with no curry. Of course you can always mix it up, but I tend to like the rice and curry a bit separated until they are in my mouth. 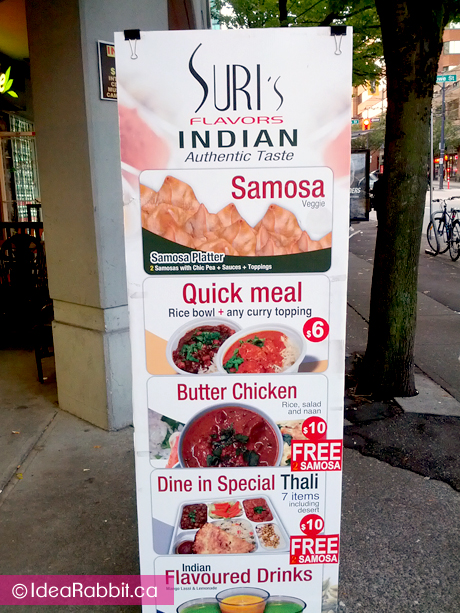 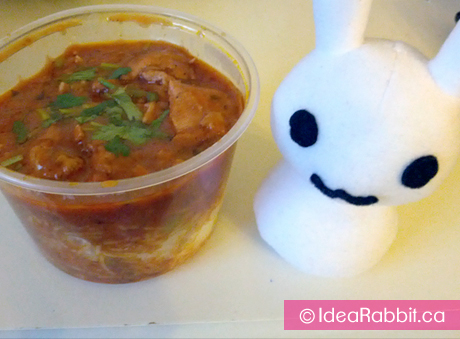 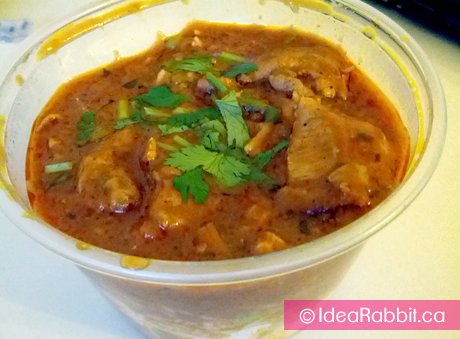 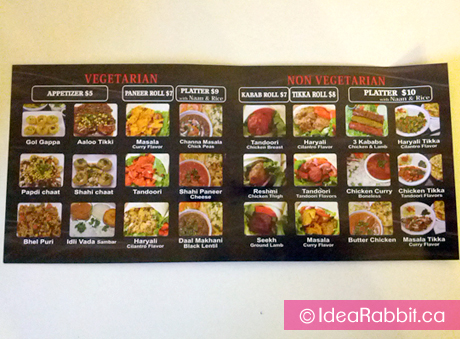 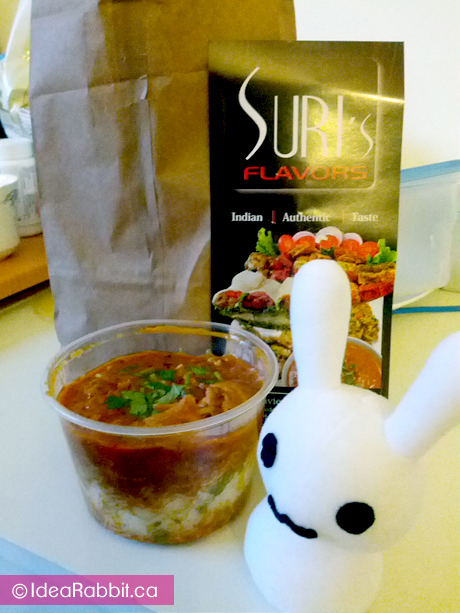 Lastly, he sprinkled some cilantro on top. Mmm! I love cilantro! Adds such a nice flavour to it. The service was great. I really like the man, and although it was odd to see a kitchen in a convenience store, it seemed well kept – well, it was pretty new after all. Hopefully, it will be kept clean. I thought the container was a bit small, but it was pretty filling. The curry was excellent, and a spicier than Crave India. It had green peas in it, which I don’t recall seeing in other Indian restaurants. I love peas, so it was good. I would definitely go back! I think it might be my favourite fast food Indian place now! 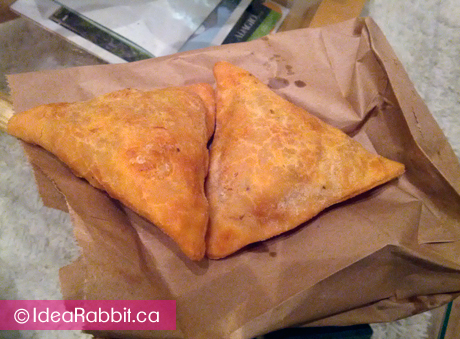