Sheepie and I just happened to pass by this restaurant after dining at Yak Yeti. It was around 10pm, but it was jam packed with hustling servers who were dressed in hipster clothing which you can easily confused as a customer. Our server was the oldest, and seemed like a manager. He was friendly, but did not look at us in the eye once, or even in our direction for that matter. 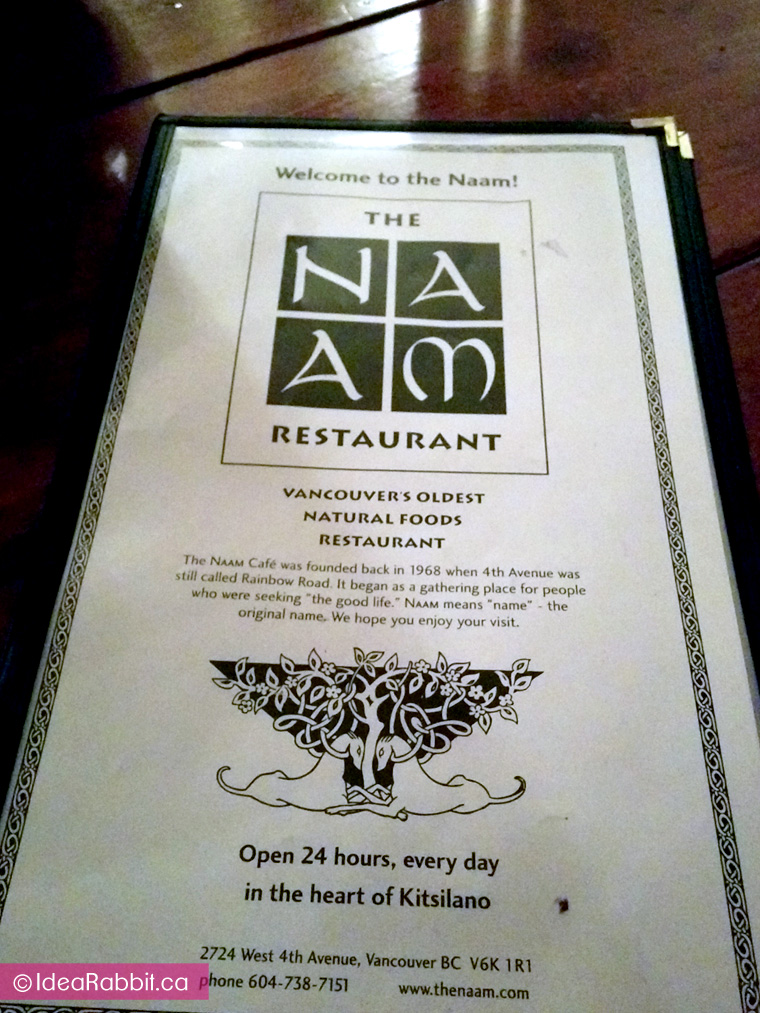 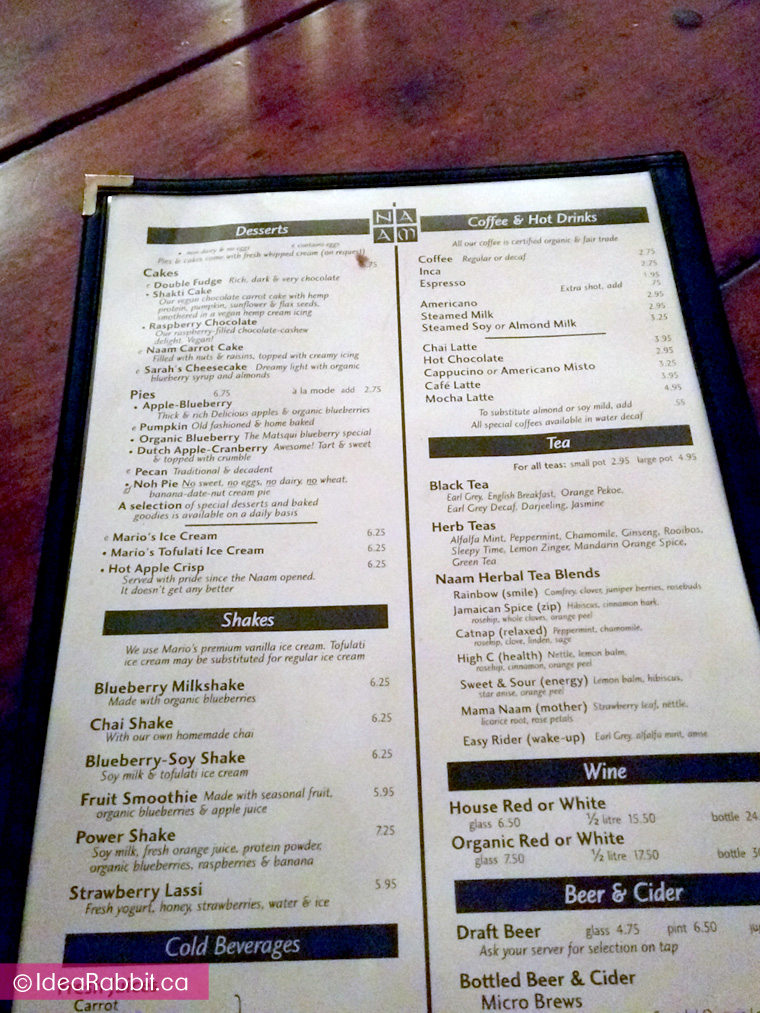 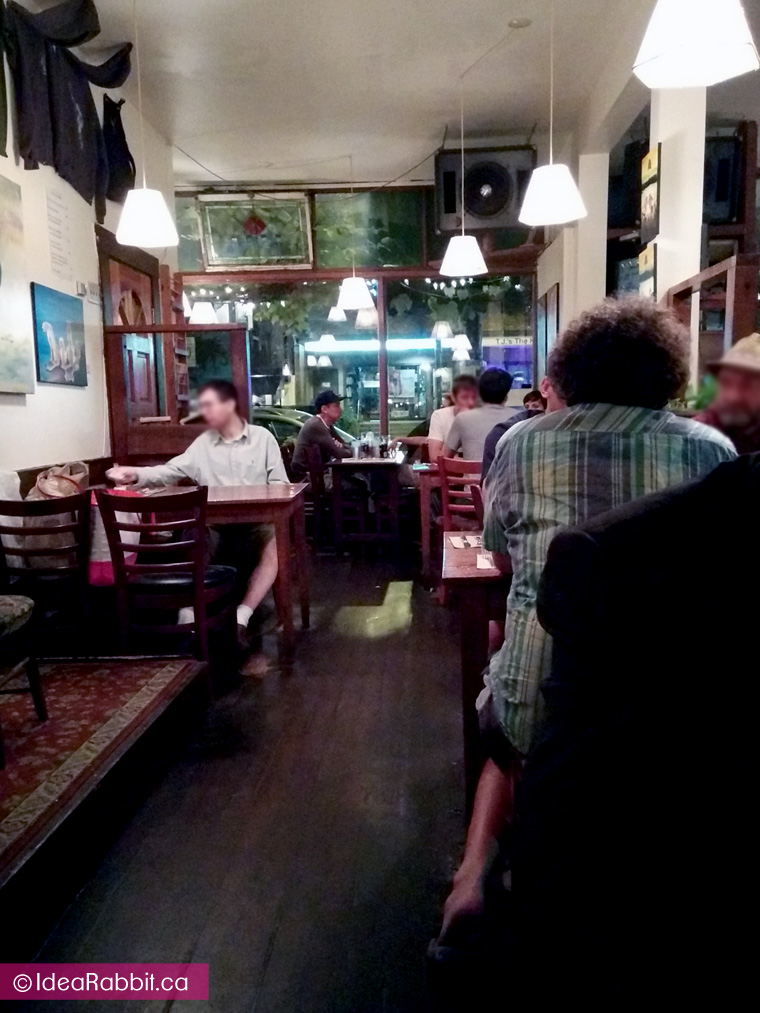 Since we were full after the dinner, we only had a tea $2.95 and a Raspberry Chocolate Cake $6.75. It was toppled with frozen raspberry bits, and I didn’t find the cake to be any good. I couldn’t believe they were charging nearly $7 for it. Terrible. 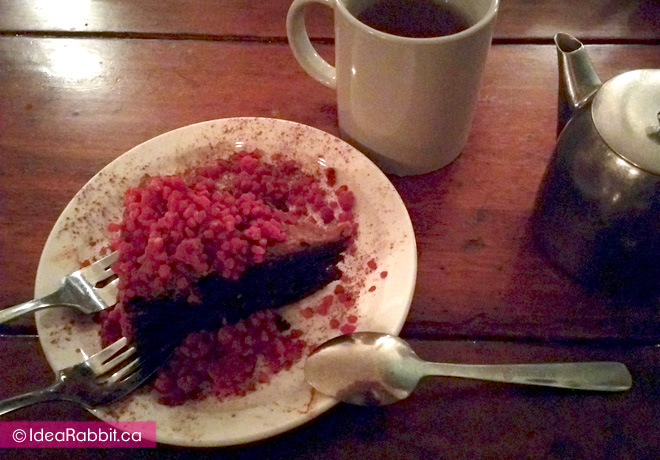 It was a bit run down, the table wobbly and a noisy atmosphere, so it was not my cup of tea. Sheepie on the other hand was reminiscing a cafe similar in Berlin (Schwarzes Cafe) which he used to go to, late at night. Naam is open 24/7.

I have read some good reviews on the food they serve, but not really interested unless a friend drags me there. Maybe it’s not fair just to judge on their dessert…but other things didn’t really wow me either.

So a friend’s friend wanted to go to Naam, raving about the Sesame Fries. It was close to midnight, but since it was open 24-7, five of us got in the car and off we went.
The place was jammed packed as last time. The friend who said he was a regular when he lived in the neighbourhood said it was always like this. But the wait wasn’t too long, only about 5 minutes or so. The food on the other hand took quite a while. I’m pretty sure they don’t cook the rice and beans from scratch for every order, so putting together the dish should take no more than 10 minutes (and that’s already quite enough). 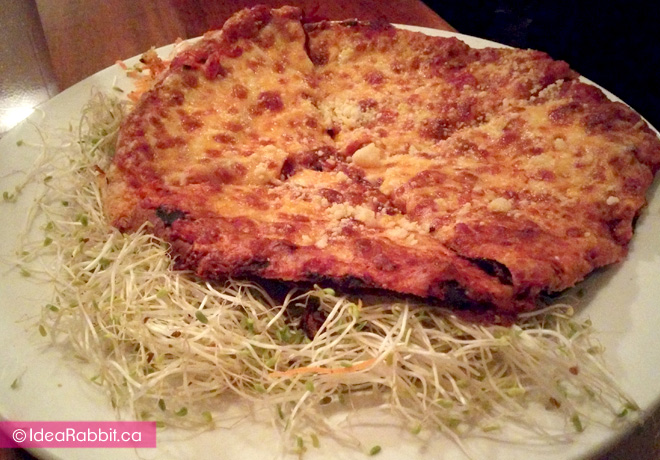 First of all, the presentation was a disappointment. Sheepie’s Pita Pizza Bread $5.50 with cheese and tomato sauce on a pita looked plain and unappetizing. Sheepie’s pita was burnt black on the bottom…he also said overall, it wasn’t good. Well, compared to the pizzas that he makes from scratch, this was a disgrace. 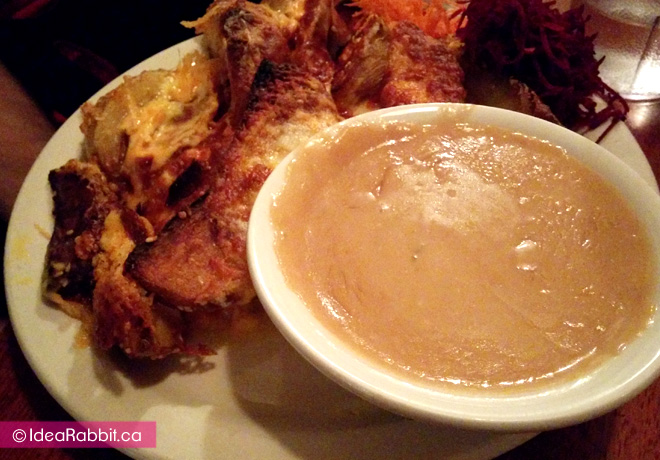 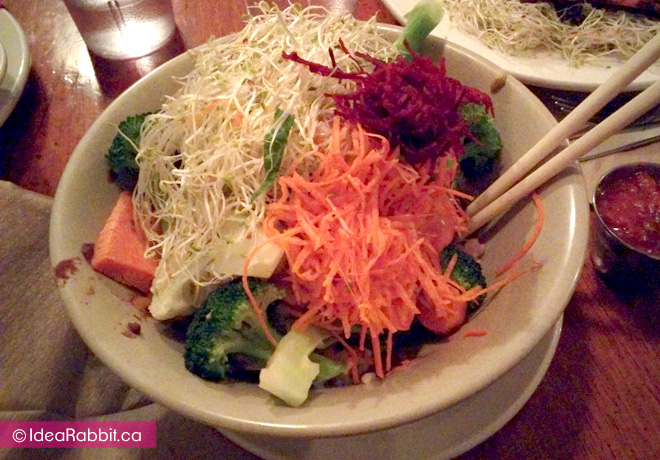 The friend who was a regular, recommend to us the Dragon Bowls. The rest of us three decided on getting the Mexi $11.25 which had organic rice, chipotle chili, carrots, broccoli, cauliflower, sprouts, beets, guacamole, miso gravy, salsa and cheese. It was quite filling, but for the taste, I would rather go to Chipotle which has a richer flavour and costs less. I’m not sure what they’re trying to do with the Chinese plastic chopsticks and bowls, but it was certainly not Chinese cuisine. Sure it seemed healthy, but I wasn’t sold as the ‘awesome bowl’ that I was expecting.
Service by staff was variant on the individual.
I thought my first review was unfair since it was only for tea and cake, but now that I was able to assess the other dishes on the menu, I can confidently say that I wont be returning.