We tried walking into several Korean restaurants in Korean town on Robson, but they were so full with a long wait, so we came to Zabu. It was still busy, but they were able to get us a table. Inside was loud and filled with young people – mostly, if not all, Asians – except for Sheepie, lol. 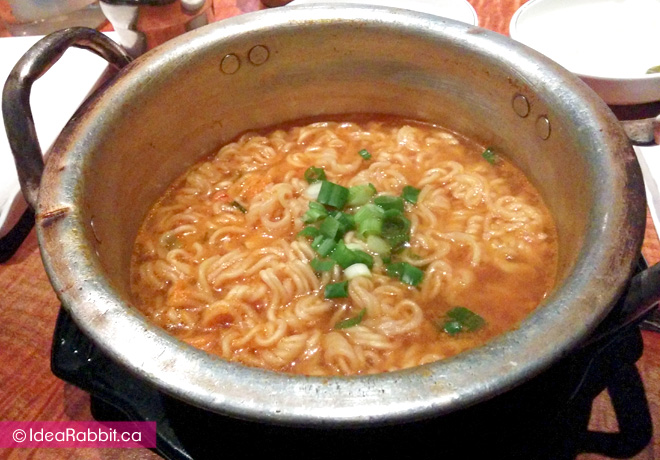 I ordered a Ramen $8.95. I was SUPER disappointed to find it was the instant noodle in a cooking pot. What are we – students? I certainly felt like it, eating out of a warped old pot with 78 cent worth noodles. The price on the other hand was outrageous. Although this restaurant isn’t the first one that I’ve seen this. I’m just surprised that anyone would pay $9 for something so cheap and low quality. 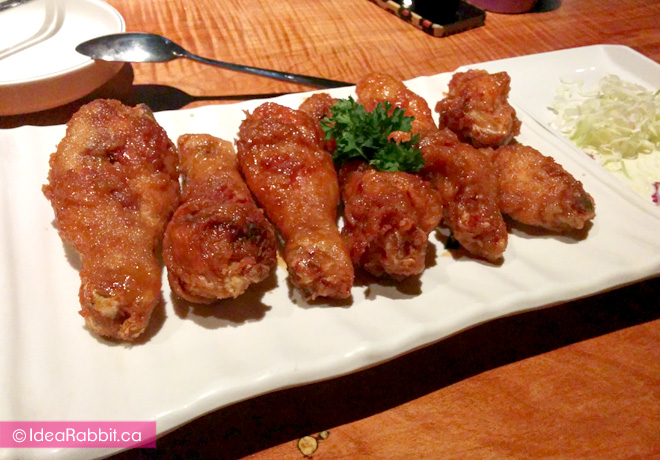 We ordered the Chicken combo with wings and legs for around $15 to share. The smell of garlic was heavenly, and the taste was pretty good, though not enough to feed three adult mouths. 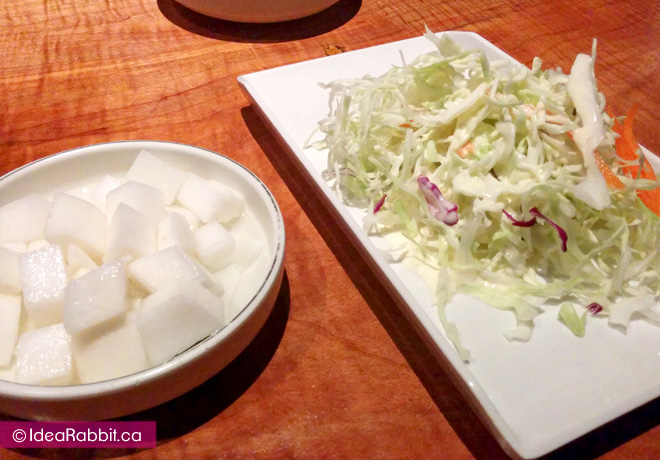 The complimentary banchan (side dishes – which aren’t all shown in this photo) and unlimited supplies of it was really good. Since things were expensive, we kept feeding off of them.
Service was subpar…not that friendly, but we did get the food in reasonable time.
As the name suggests, their specialty is their chicken (mostly deep fried). The rest of their menu seemed a bit limited, so I don’t think I would return any time soon. 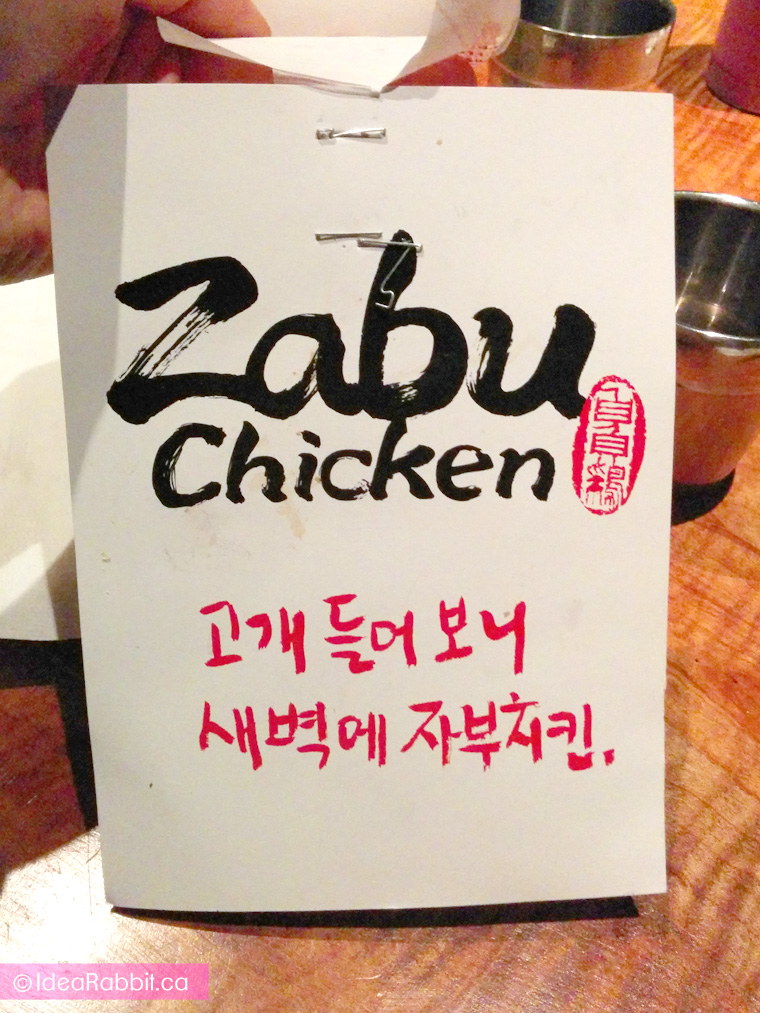 At the end, our receipt came with a card that was all written in Korean. I embrace and like different cultures, and I have tried learning Korean a bit, so I can read it, but have no clue to what it says/means. Of course it’s not just Korean restaurants, I have seen other restaurants that only write in their language, which is a shame since those that don’t speak the language are left out. This is Canada, let’s also put English as well!