We were actually headed to a different cafe that we had been to, but on our way there, my friend noticed this cafe, and decided to check it out. The cafe had a modern hipsterish feel. We found out that the staff who served us was his first day. He served us really well. The girl who was ‘off’ even came around to help us as we chit-chatted, not knowing what to order. Service was great. 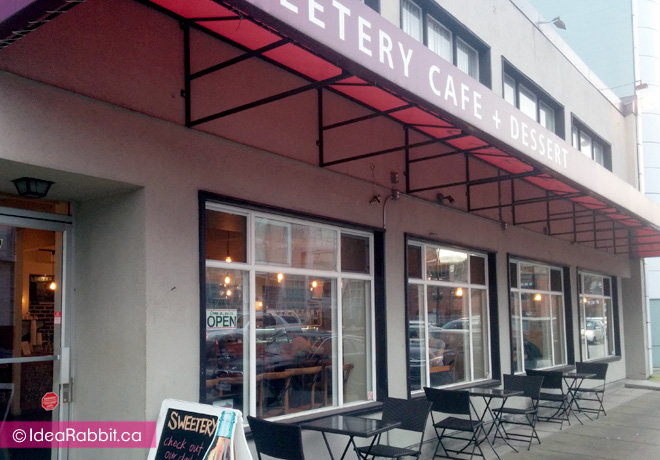 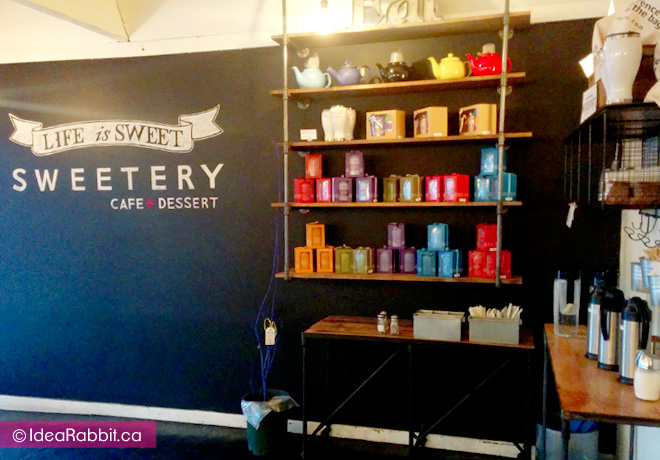 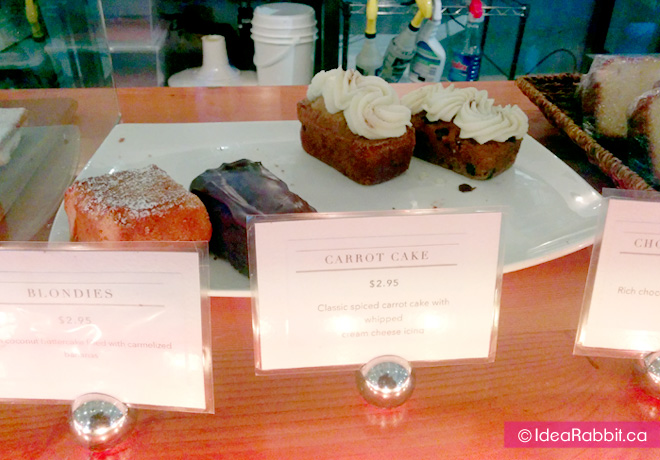 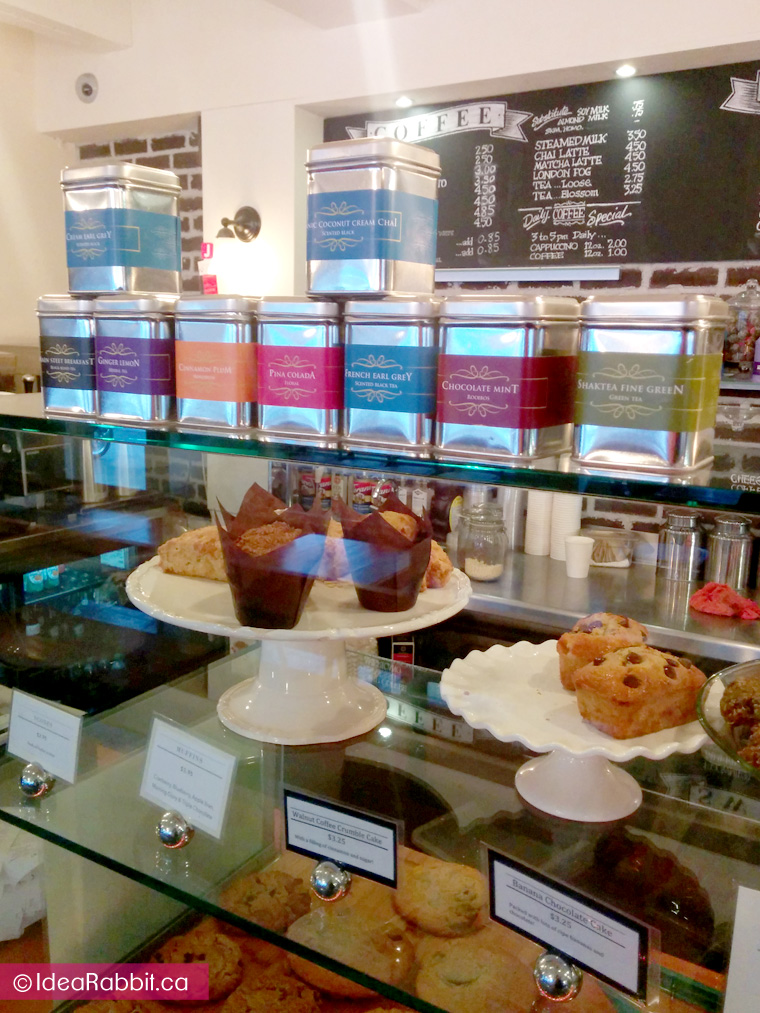 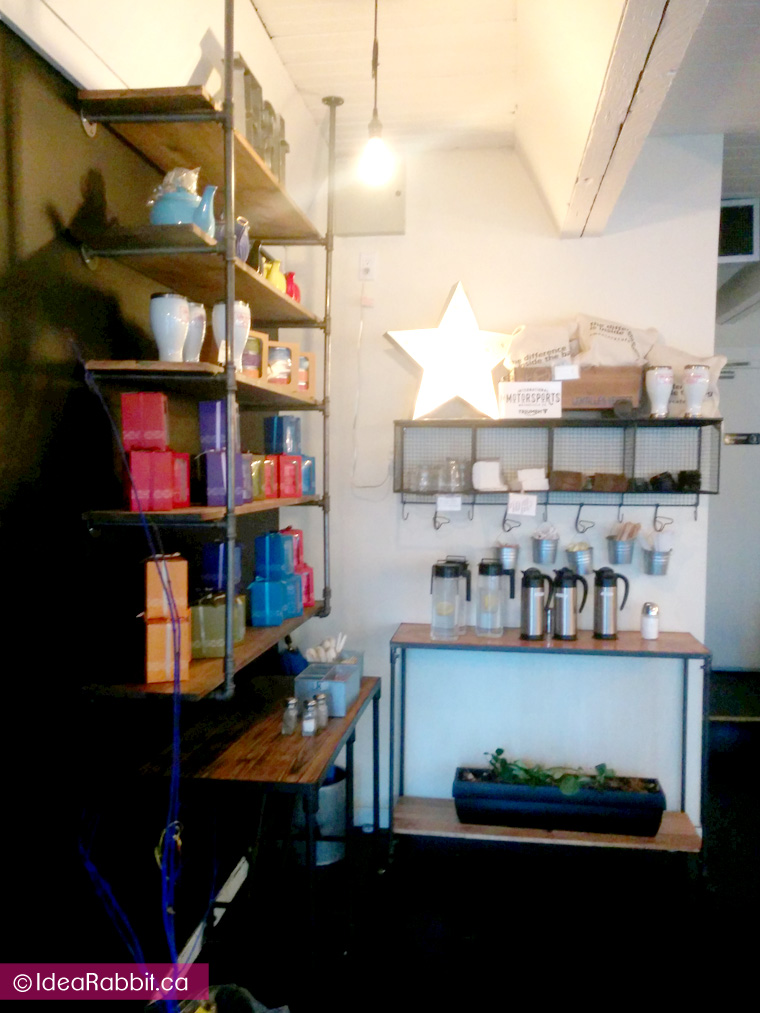 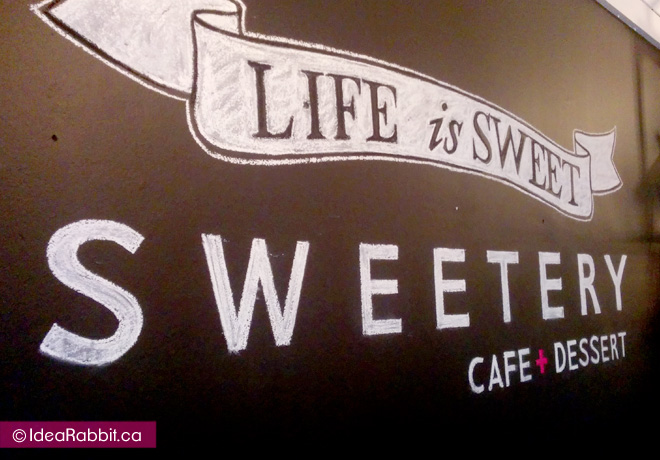 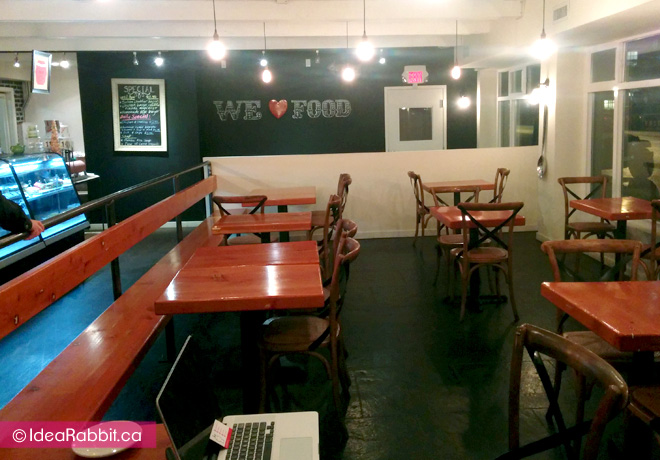 I liked the decor and designy feeling. The tables were far apart enough to give each table some space and privacy. 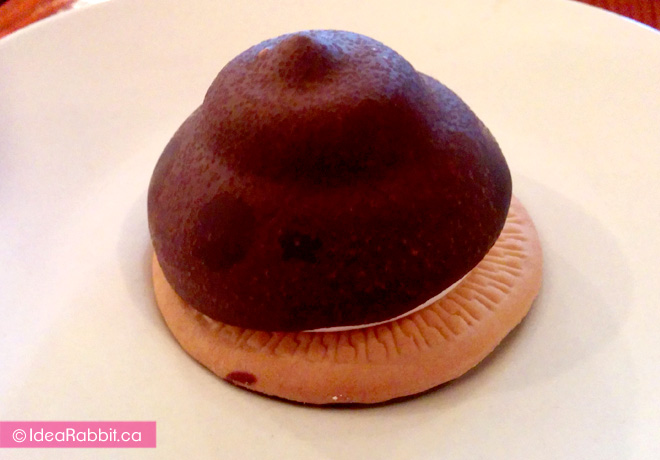 I ordered the Top Sweets $1.75 which was a marshmallow blob that was dipped in chocolate, sitting on a biscuit. Simple, but a nice treat. 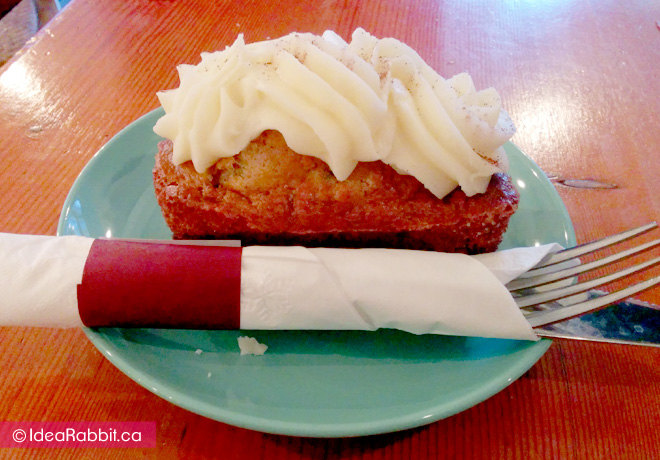 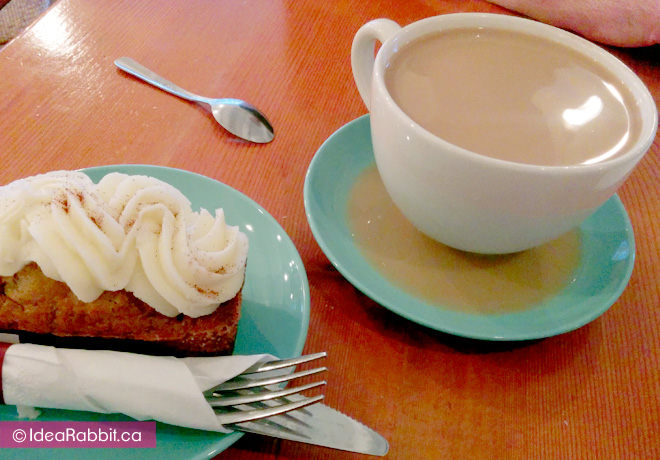 Sheepie also ordered coffee, but he spilled a bit on the saucer… O_O 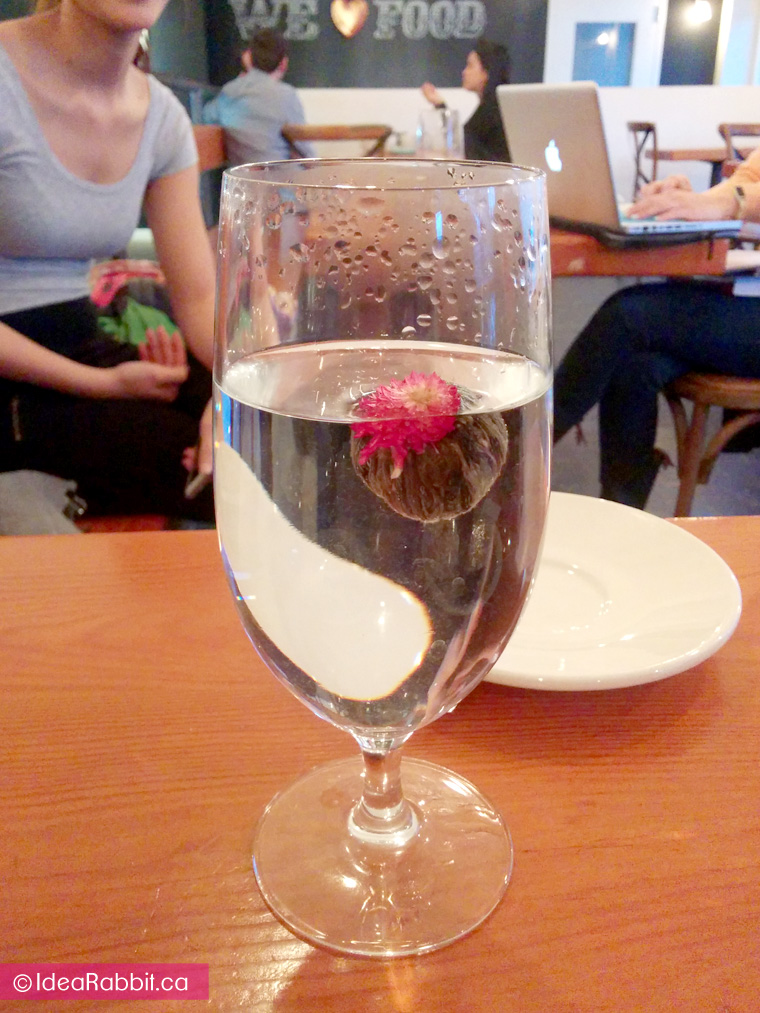 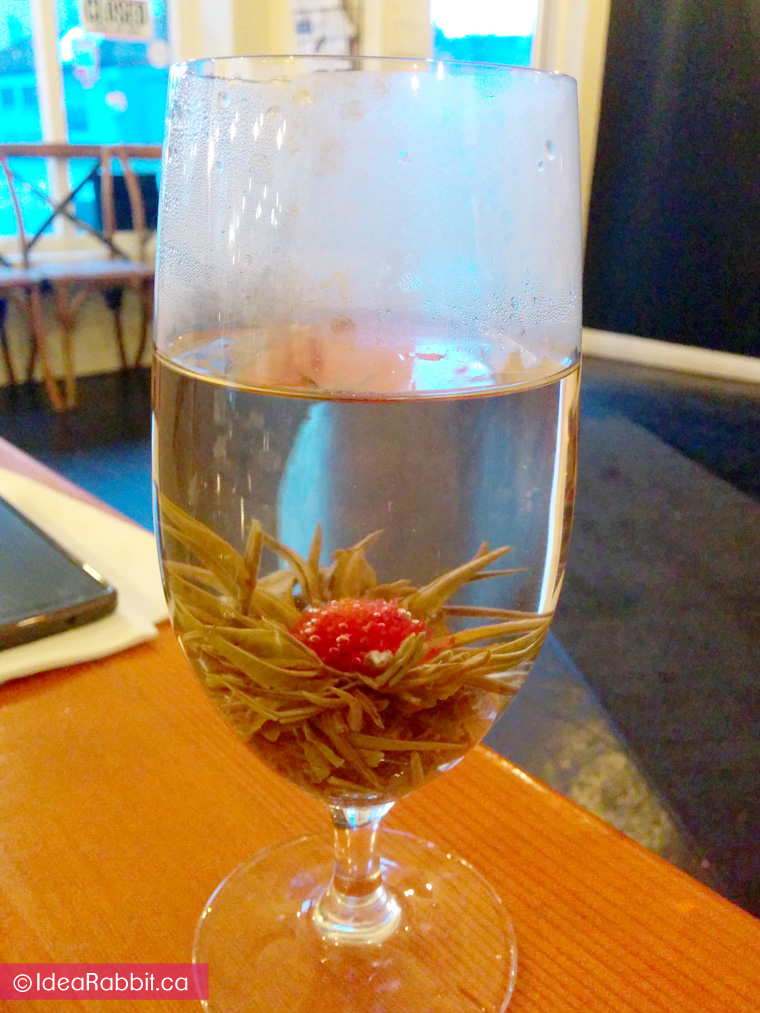 Sheepie started talking to the owner/manager of the cafe, Charbel, and he came and sat with us to chat after finding out that I was a food blogger. He offered us the Blossom tea $3.25, which was interesting. As the name suggests, the ‘ball’ or ‘bulb’ is placed in hot water. As you wait, it slowly starts to open up, eventually looking like a flower inside your glass. It wasn’t the first time I had it, but first time in a water glass. I think it could benefit from using a all glass tea pot with double-wall glass cups, like the ones below. Would get pricey for the cafe though… but I think it would allow the ‘flower’ to blossom better. 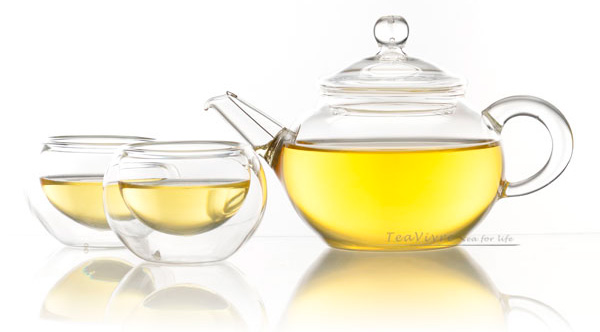 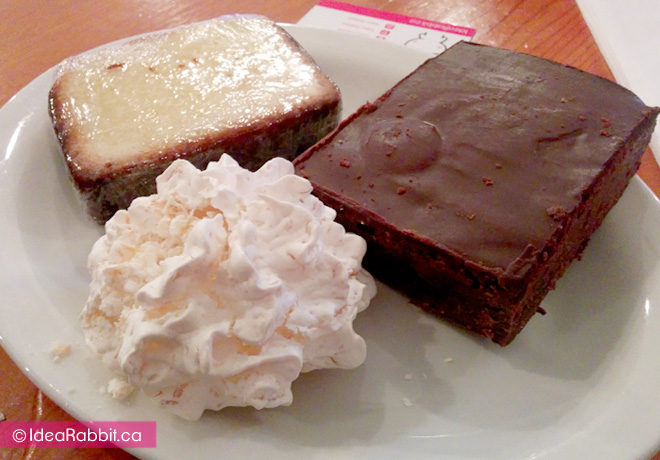 He offered us several sweets; Brownies $2.95, Lemon Loaf, and Coconut Macaroons $1.25. I liked the macaroon the best.  It was a bit hard to eat as if was really crumbly. However, the crispiness of the outside, and the chewiness of the inside was a nice contrast, and the flavour of coconut was delightful. The Banana loaf had a hint of zest and was moist. I didn’t try the brownie because of the high sugar and fat content. I didn’t ask, but a lot of places put nuts in them too, so I didn’t have any. 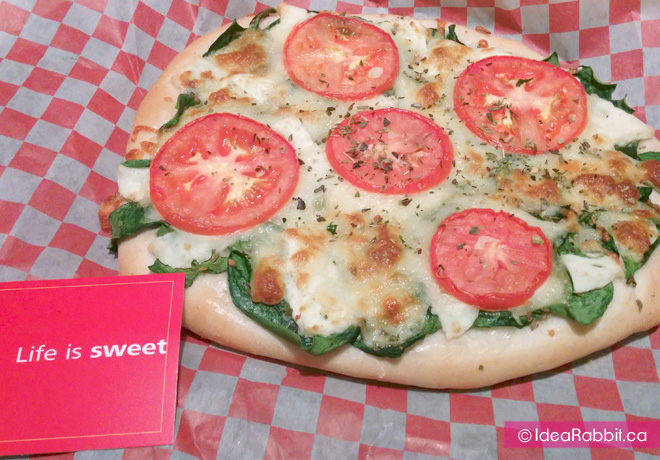 When we were about to leave, Charbel generously gave us some pizza to take home with us. I heated them in the oven. The bread was a bit dry and hard, since it was sitting out on their counter (maybe for most of the day), and it was extremely salty. However, the herbs and spices used were really flavourful.

Again, the staff were really friendly (even way before they knew I was a food blogger). The cafe is spacious, clean with a nice all-windows on one side letting natural light to come in. I thought the prices were pretty fair, even some a bit cheaper than I would expect. I would return to try out more pastries and drinks. A good place to meet up with friends and catch up.

Disclaimer: Half way through, the owner found out that I was food blogger. The 3 sweets, pizza and Blossom tea were complimentary. The review is entirely my opinion and it has not been edited or compensated by monetary means in any way.