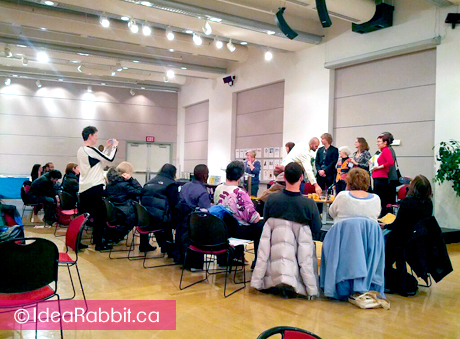 I’ve been interested in writing since I was in junior high school, even though my grammar and vocabulary isn’t that great. I’ve always wanted to write a novel based on my grandmother’s life during WWII. I have another one which is already in the works. But with no educational background in writing, I have been searching for some night time classes I could take to improve my writing. Unfortunately, I was sick off and on this fall, and missed the courses. Other classes held at other locations were cancelled due to insufficient enrollment. I hope I will be able to enroll one in the spring.

I’m always keen to learn more about the industry. Writing doesn’t just mean you write and sell it. There are many things to consider from whether you are going to self-publish or go with a traditional publisher. Are you going to get your book printed or distributed as a ebook, or both? How do I find an editor? What’s a book coach? Where do I get my cover design done? And so on…

So I was really excited to see that a free event was happening at the Central Library on self publishing on Nov 16, 2013. Several professional self-publishers shared  knowledge, tips and  experiences of self-publishing within the book industry.

I learned quite a lot. I’m so glad I went. I also took my friend who was just starting to take introductory courses to become an editor, so I think she was happy she tagged along too.

I had just taken Kathrin’s one evening workshop on ebook a few days before, so I already knew her. She remembered me too. It’s good to make connections if you’re interested in entering an industry different from your own. You can learn a lot from the experts. Her ebook session, as well as her presentation at the library was very motivational for me.

Michelle A. Demers seemed to be very informative and detail-oriented. She caught my attention when she mentioned about authors needing to know about copyrights trademarks, laws and the proper way of setting up a book.

Once the discussions were done and the speakers went back to their own booths that were set up throughout the room, I approached her to see if she had the ‘The Global indie Author’ book that contained all the information that she had mentioned earlier. She didn’t have any more copies, but she was very nice in telling me that the library did carry them. My friend and I thought it was very generous of her to offer the book for ‘free’ when she could have made another sale to me by saying I could order it from Amazon or something.

Since the presentation was at the library, it was convenient to borrow the book. I’ve since started reading it and have learned a lot. The book is great! A must have for any author. It’s packed with a  wealth of information, and although you may find the information online or in other books, this book contains it all in one.

It’s so good I’m thinking of getting an ebook version, though without a tablet, it will have to be read on a computer which isn’t too convenient. (yes I know, as a wanna-be writer I can’t believe I am still without a tablet! It will be my Xmas gift to myself this year though LOL)

She writes it in a tone where it’s like she’s directly talking to you without sounding like a textbook, so it’s not boring. She keeps you engaged and interested, and I find myself reading quickly through like novel.

There is an Introduction to Self-Publishing: Author Panel taking place on Dec 7 at the Central Library. Check their website for more info.

After eating at Kum Ki Wa, we went over to Caffe Vibrato in the Coquitlam Zone Entertainment Complex so that I could get a latte. The cafe was very spacious and clean. One section seemed like there were books so that you can sit down to enjoy some free reads. Another had lounge chairs in front of bright red walls and laminate wood flooring. The decor was really nice, well kept and open area.

The staff were very friendly, and I ordered a latte $3 to go. It was really good and satisfying. Much better than drinks at Starbucks. I am curious to know why the next door bubble tea place was packed with people while this one was completely empty.

I really liked their drink and the price was reasonable. Thumbs up! 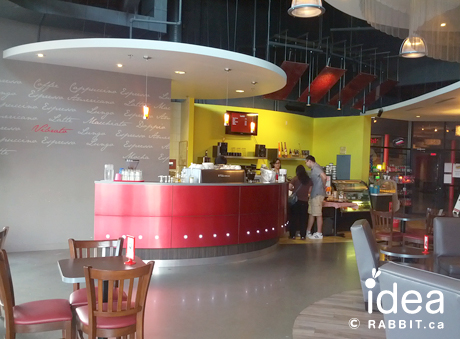 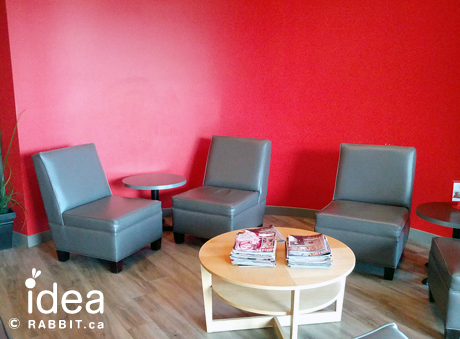 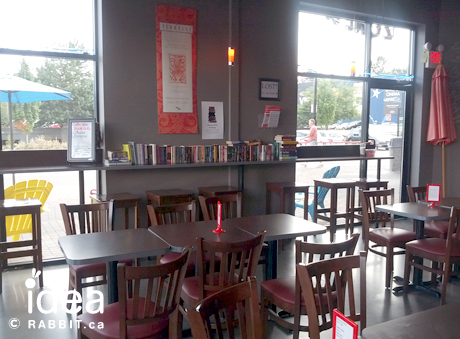 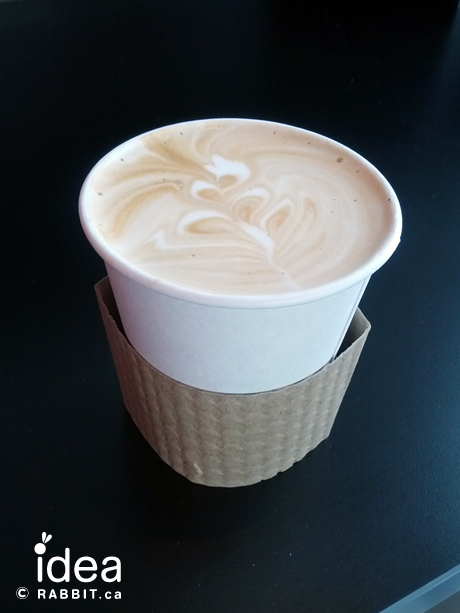 The Secret
by Rhonda Byrne

After reading ‘The Power of Now‘, which allows you to focus on your inner being, finding true joy and peace with yourself, without relying on external things to bring happiness, this book seems to sit on the other side of the fence.

This book had gained huge popularity after Oprah recommended on her show. There is a DVD of The Secret as well, which I have also watched – which might be a little more interesting than the book.

Anyhow, I agree that thinking positively is important, and you find that once one thing goes well, it kind of snowballs, into something bigger. This is also the same for negative attraction as well.

However, after being shown ‘enlightenment’ from The Power of Now, the question of whether all that money, wealth, success in job, etc will bring you true happiness comes to mind. This is totally contradicting the idea that one must love yourself truly first- that it all starts with YOU, or you will never be satisfied with anything you acquire because there will always be a sense that something is missing from your life.

In The Power of Now and some other books, it talks about how we have become controlled by our minds – which is hurting us in negative ways since many of us has become blind to the situation. The Secret however is talking about how the mind is powerful (which it indeed is) and will get you anything you want by projecting images of things you want (in the future – again contradicting to The Power of Now which says to focus only on the now).

I don’t agree with everything they say.  Like for those wanting to lose weight, the fact that it states “food is not responsible for putting on weight.” but the thought of food making us gain weight sounds alittle absurd. Although I’d seen a study where they had participants believe and convince themselves that they were losing weight, where at the end of the study, the participants did lose some pounds. However, they were eating a healthy, balanced diet. This statement that the author writes several times that you can eat whatever you want is a little ridiculous. Sure, some people have body types that may not gain weight even if they ate junk food, but they’d start seeing problems elsewhere in their body.

The book mostly tells you that the Universe is created by you, and you have the control. Just ask, believe, and receive whatever you want from the ‘catalog of the universe’ and you will get it. This is going beyond ‘positive-thinking’ and getting into wishful and magical thinking. It feels like a really enthusiastic sales person trying to sell you something, but the way he says it, makes you feel like you can’t fully trust him. Still, with all the negative things that have been happening in my life, I was ready to give it a try. I completely agree on the positive-thinking, and being thankful for everything you have now. There are some good points. I think it’s just written poorly. Like I said, it sounds like a really bad infomercial.

I have seen other reviews on this book, and they either love it with 5 stars, or hate it with 1 star. Whichever side you may be on the review, be happy