With Deutsches Haus closed down to the public (schade…), I was disappointed to not have any German restaurants to go to in Vancouver. We went to the one in North Van on Lonsdale called Jagerhof. (Deutsches Haus has since reopened in 2016)

Sheepie and I entered and stood a while at the entrance and waited for staff to greet us or take us to a table. It seemed like they were not in a rush. Throughout our dinner, we noticed that other customers were treated the same. 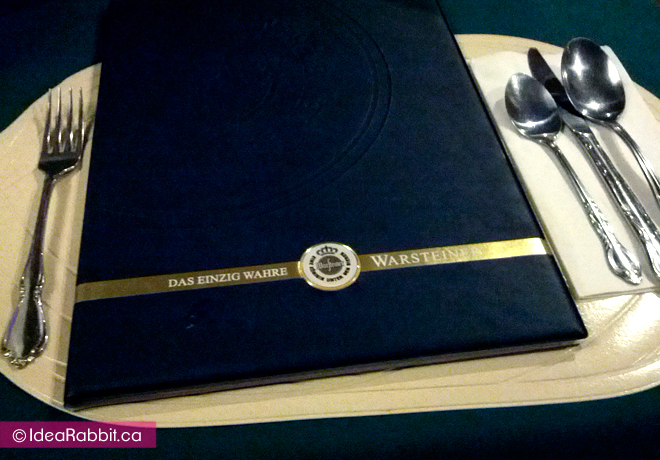 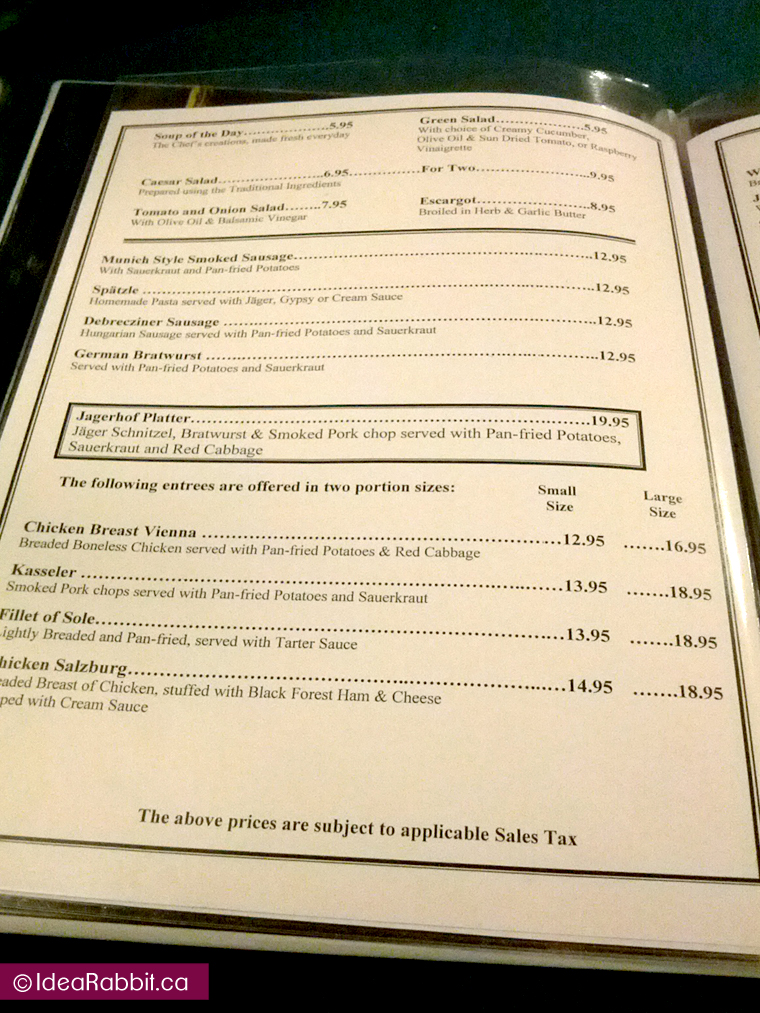 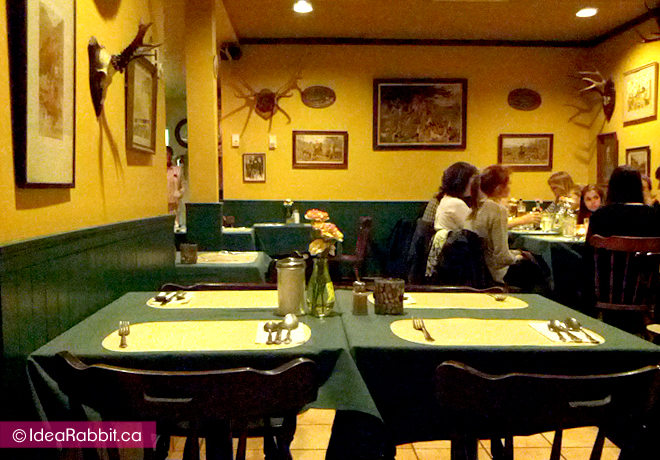 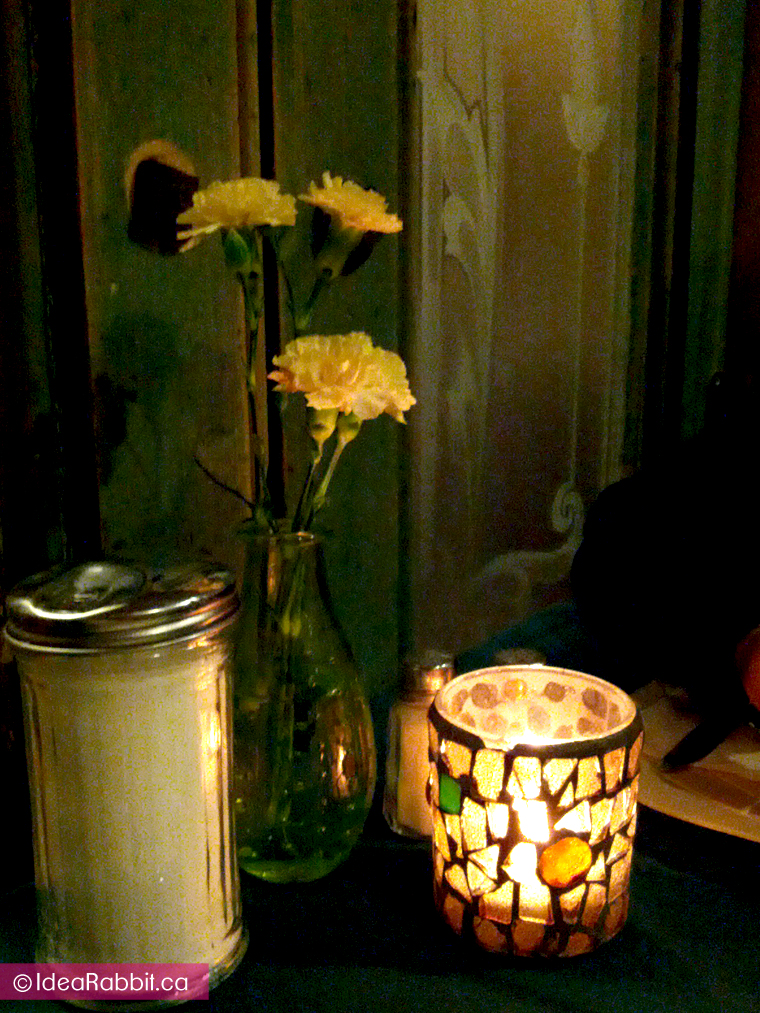 This restaurant is more Austrian than German.Sheepie commented that as he looked at the decor which had historical images and objects, but it is quite comfy. The first time we came, Sheepie complained again (as with Deutsches Haus) that the schnitzel is not suppose to be breaded. Well, things are ‘westernized’ when things get imported. It’s like me telling people ‘spoons do not come with miso soup! and it’s not suppose to come first! It’s suppose to come with the rice and main!’ LoL. 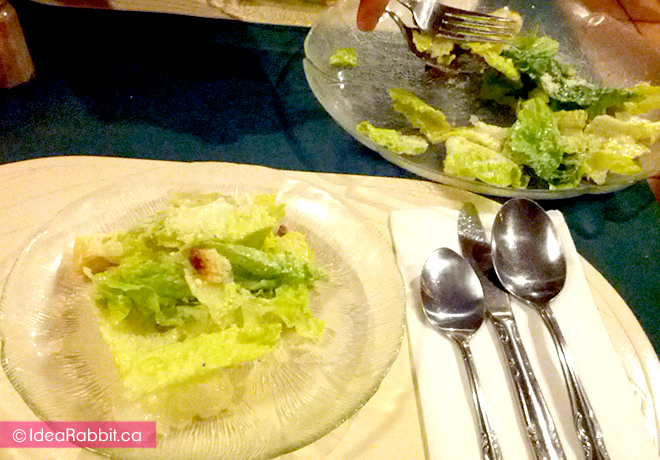 We ordered the salad which was only chopped up romaine with cheese which I thought was pretty ridiculous and expensive for $6.95. Pop was $2.45…slightly over priced for soda at a restaurant like this. 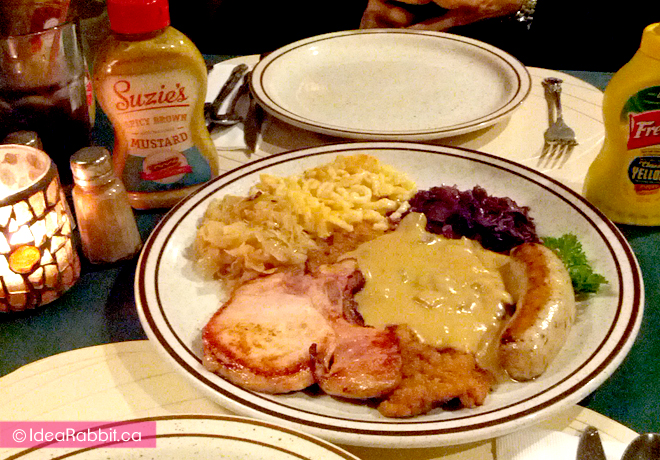 Jagerhof Platter $19.95  had a variety of German food from sausage, sauerkraut, pork chop, Schnitzel with mushroom gravy, and side dishes of potatoes and red cabbage. We shared the platter amongst the two of us, and it was quite filling – and fattening! lol 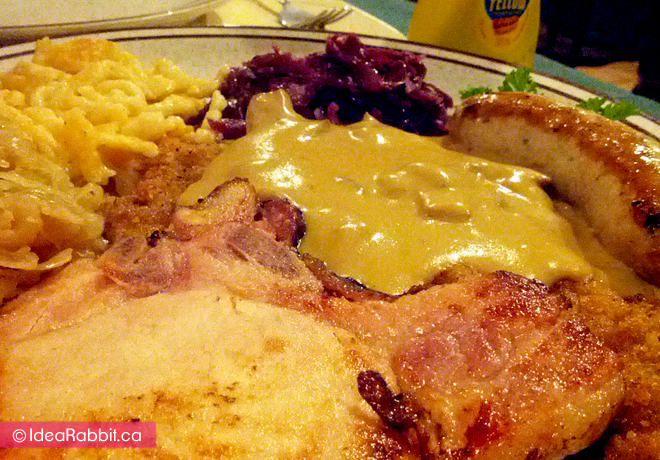 The service is sometimes a bit cold. They aren’t all that friendly and cheerful. Our server didn’t speak any German. But then again, how many servers at a Japanese restaurant speak Japanese? lol. I guess I was itching to use a bit of German I’ve been learning…lol

Presentation for the food doesn’t really get much points. Just meat and side dishes put together on one plate. However, very tasty! The decor to me is reminiscent of German restaurants in Germany – or perhaps what I perceive as German restaurants. I’m glad we have this restaurant. The only other one I know is the Old Bavaria Haus in New Westminster. That will be my next dine out adventure.

Note: they will not give you the receipt with the orders on it. (if you pay by card, they will give you the card transaction receipt only) So take a pic if you need it! lol 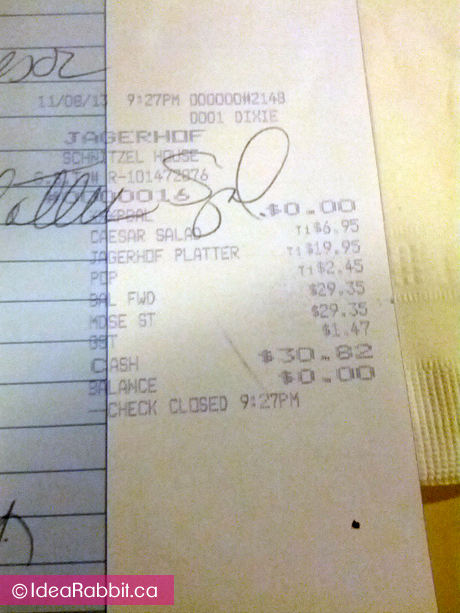 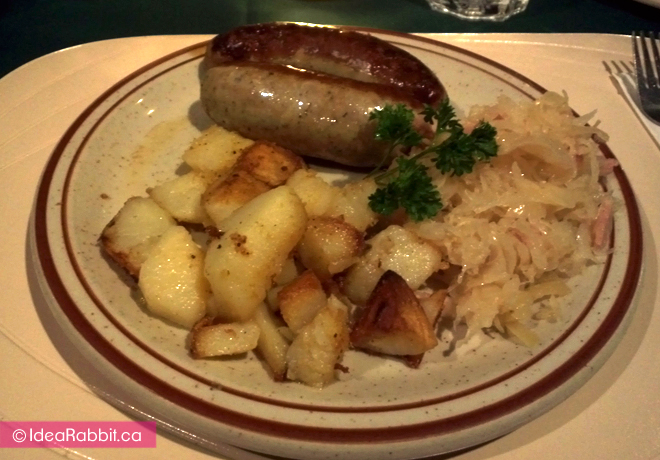