After discovering the one in Granview area, I wanted to also check out the one on Broadway. Again, the interior was built to look like a platform at a train station. Such a unique cafe, I love it! Unlike the other one, this one was less crowded, though it could have been because it was a weekday early evening. The place is clean and has a hipsterish feel. The concrete wall is fake, but it’s still fun to be in a Disney-like feel. 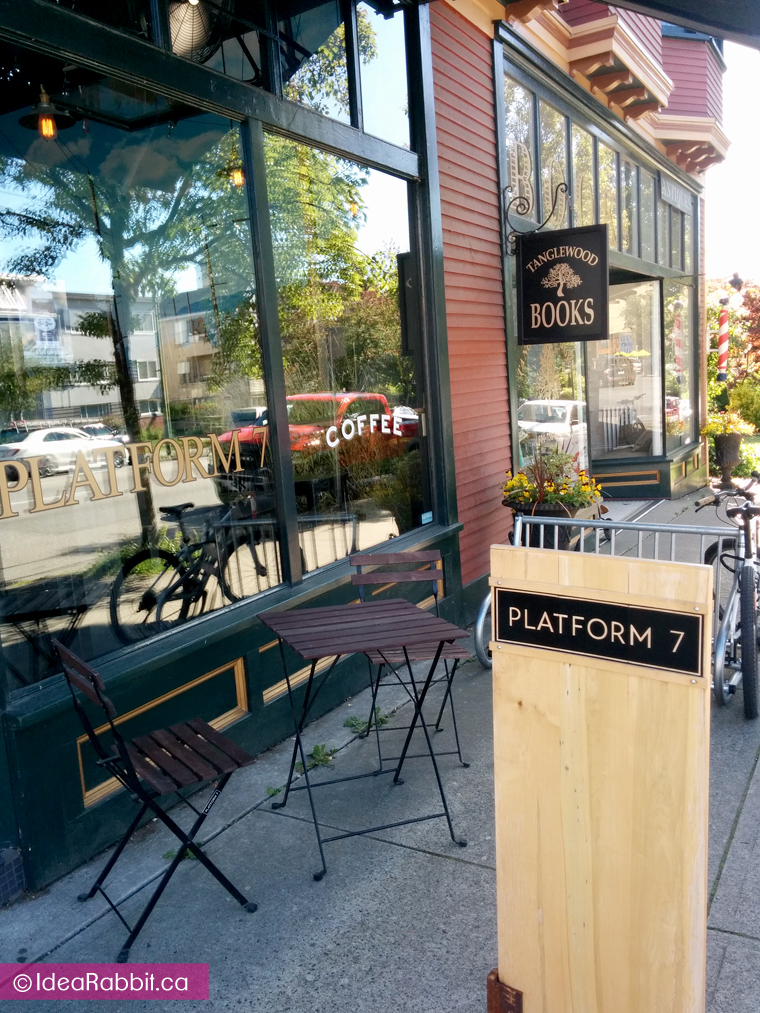 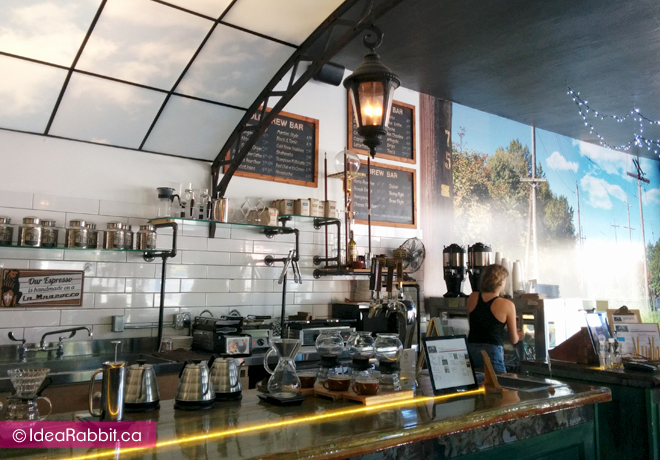 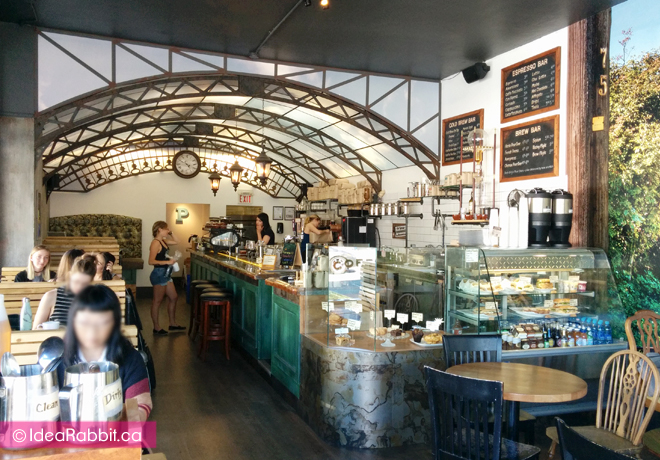 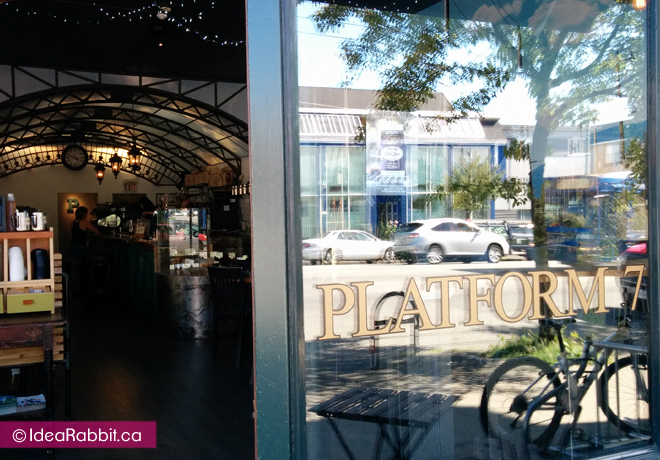 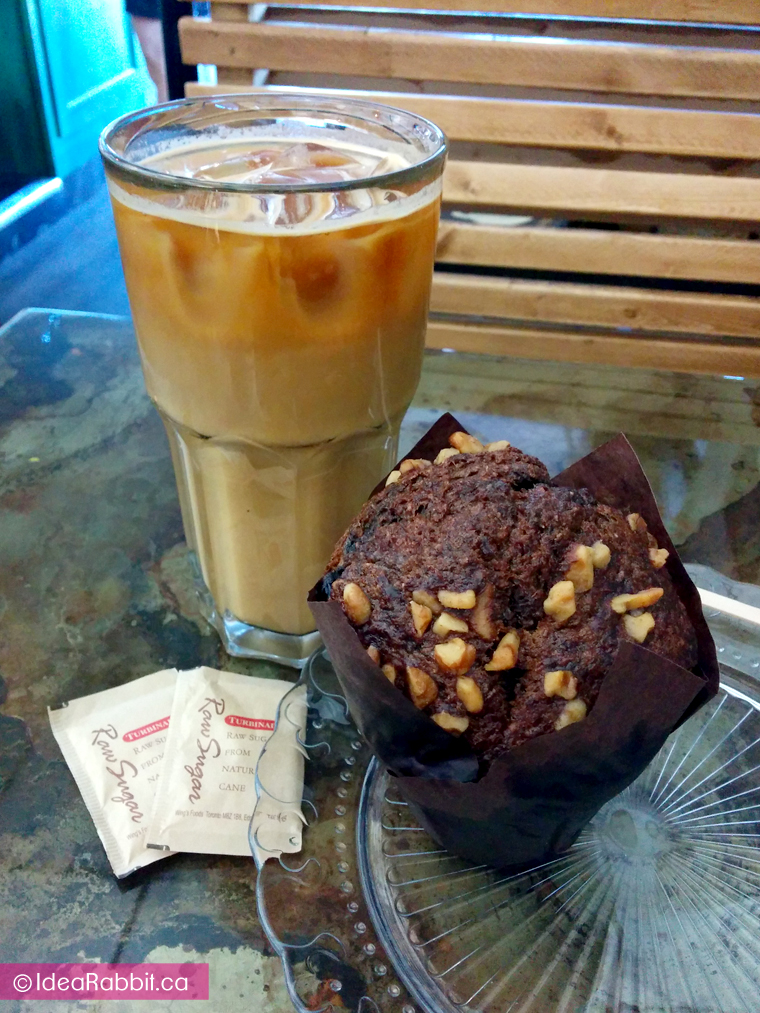 We ordered a Blueberry Muffin $3.00 and Iced Americano $3.00. The Iced Americano was really good and pretty large. It was good that we were sharing it! The pastries and desserts were limited, and none that were appealing to me (more appealing to Sheepie who is into the tarts, muffins, nutty things, etc.)

The service is friendly with all the staff smiling and saying thank you or goodbye when leaving. We’ll be back! A great place to bring people from out of town to a unique, memorable cafe.

We decided to go to Well Tea since it was one of the few places that was open past midnight (open till 2am on Friday and Sat nights – 1am on other nights).

My company told me that he had come to the restaurant many times with his Chinese-Richmond friend late at night to eat. He said that the place was racist and ignored him, as he was Caucasian.

There was another couple that sat near us, who were also Asian girl with Caucasian guy. They seem to have been seated way before we came, but they still had their menus on the table. 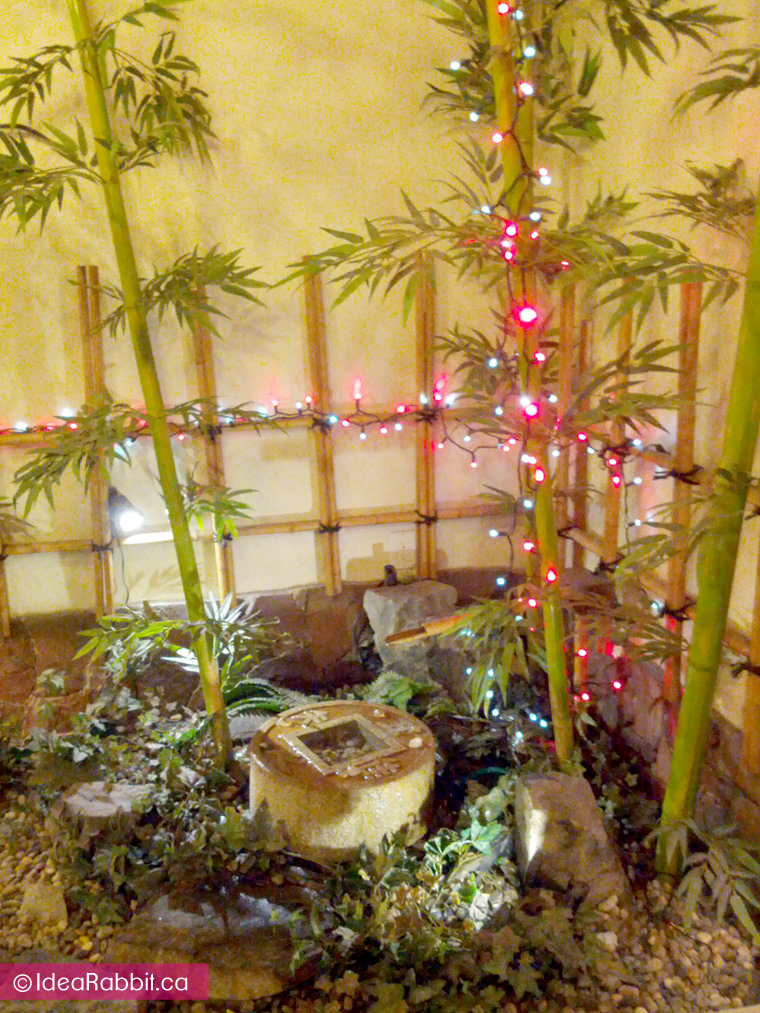 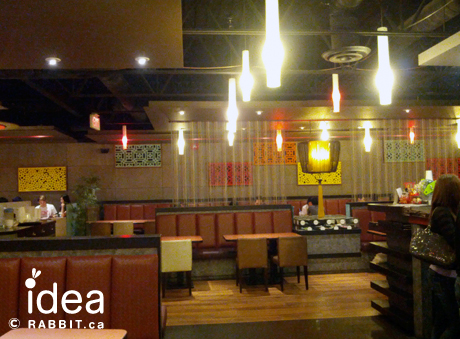 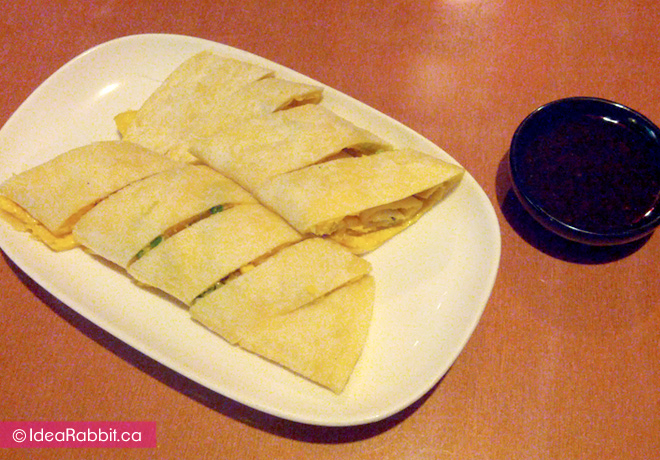 The decor was cheap looking, although the glass on the floor with decor seemed interesting. Like other places in Richmond, it was open wide with lots of tables and seats. Young Asians working that seems unmotivated to be there. Well, as a customer, I also wasn’t too happy to be there either. Even the betta fish at the entrance was bored and unenergetic – totally unlike my Mina!

The mixed couple waited longer for their order to be taken, while we tried deciding on what to eat. Nothing healthy on the menu for sure…We finally decided to get bubble tea and an omelet, but the server took forever to come to our table. It was frustrating.

The bubble tea tasted like Shampoo…gross…I know bubble tea isn’t the healthiest drink to start off with, but to have it taste all chemically was even more terrible. The omelet was simple, not worth eating at a restaurant. The service was terrible, nothing was good about the place…it’s no wonder that the location in the heart of downtown has closed down! (Yes, it’s closed down, but read my review on the downtown location) Never ever returning!

Food Taste: none     Price for Value:

Mary’s Organic Crackers are organic, wheat-free, and gluten-free crackers! There are no added oils or fats. It’s also Vegan and dairy-free! (manufactured in own dedicated wheat-free, gluten-free, nut-free facility)
It says it’s super crunchy – well, it really is! Very crunchy and light. (does tend to get stuck between your teeth though…) 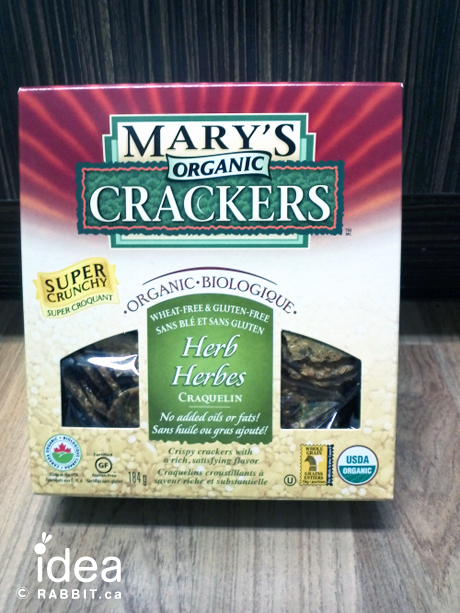 For those that haven’t started the sugar-free, eating healthy diet, this cracker will likely seem very bland. But those of us, who’s eliminated a lot of artificial flavouring from our foods, this is a cracker where you’d be able to appreciate the flavour of brown rice, quinoa, flax seeds and sesame seeds! They’re very good! I’ve become addicted to them.