The place had been renovated, in a similar look and feel like the one on Broadway which closed down only after a few years of operation. It was clean, spacious and modernized. 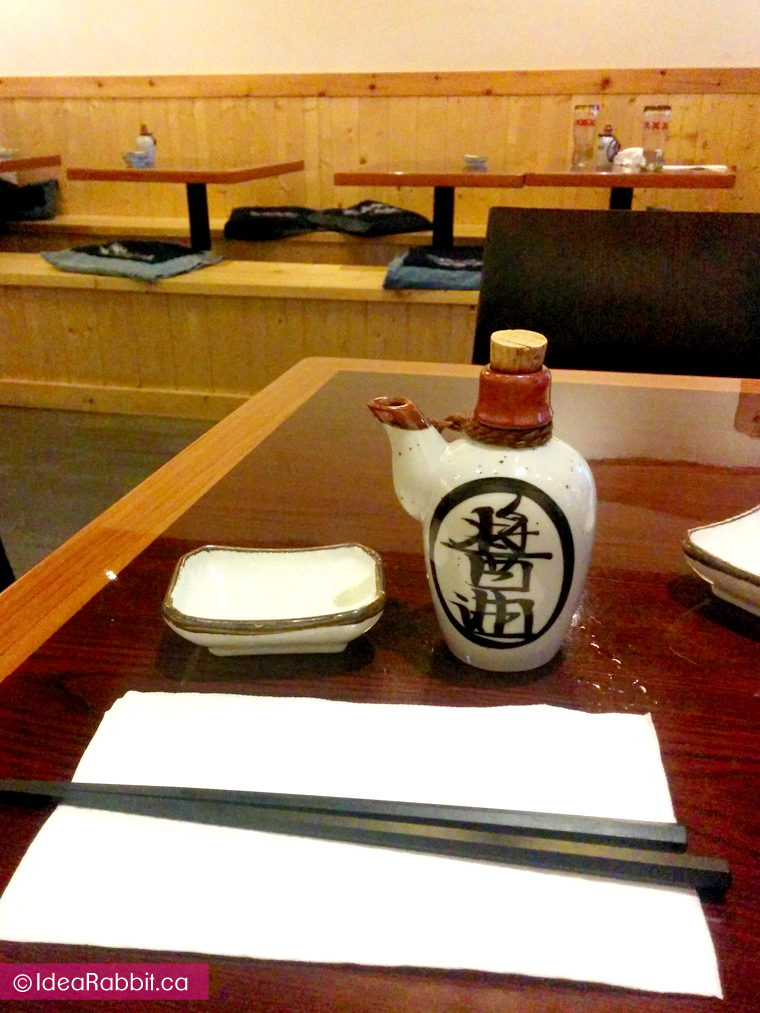 The zabuton (seat cushions) were interestingly made out of jeans (pants) sewn together. 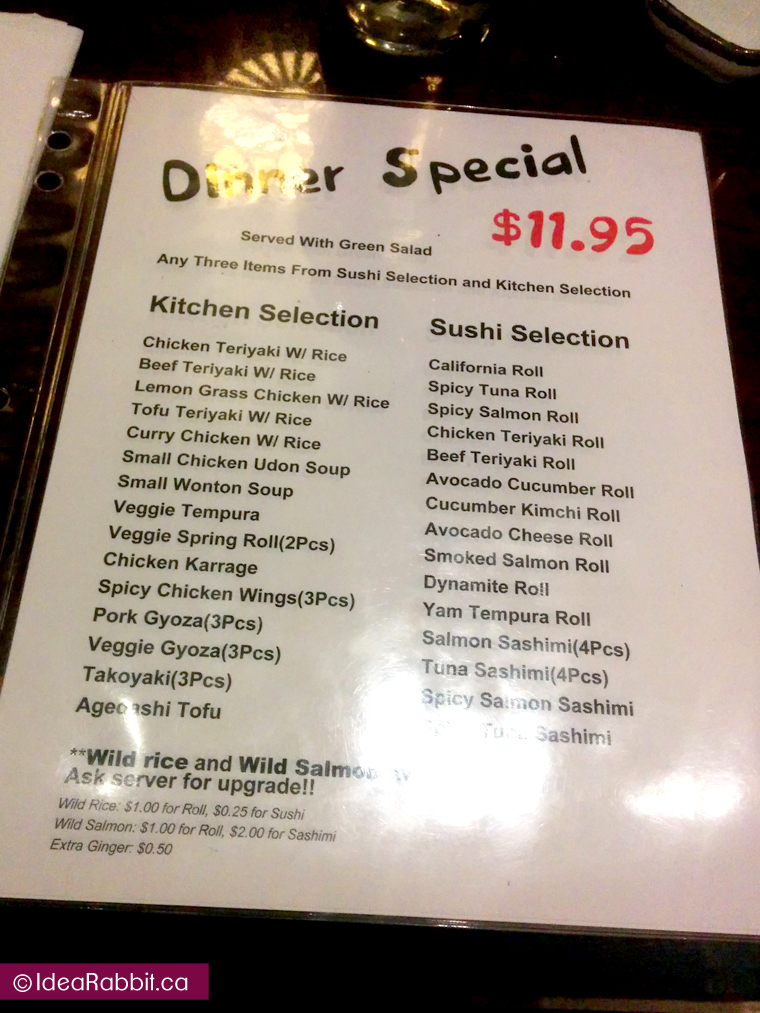 We took up on the Dinner Special $11.95 which includes three items from the Sushi Selection and Kitchen Selection Menu with a green salad. 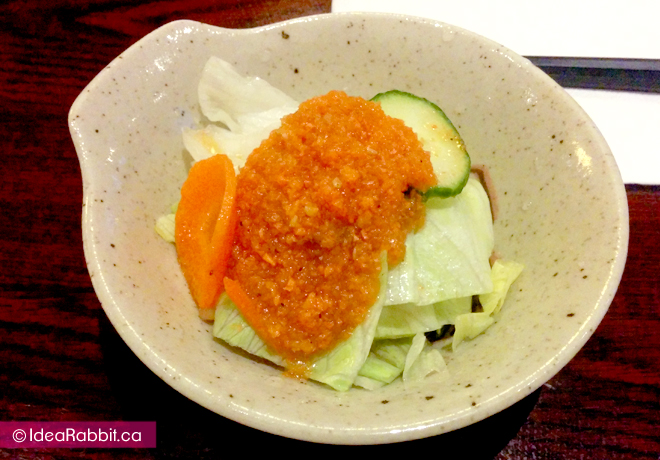 Small side salad. A bit too much topping. 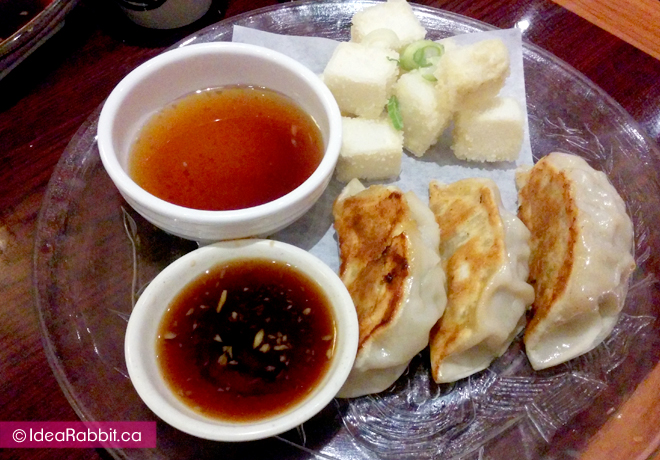 The Agedashi Tofu and Gyoza were good! 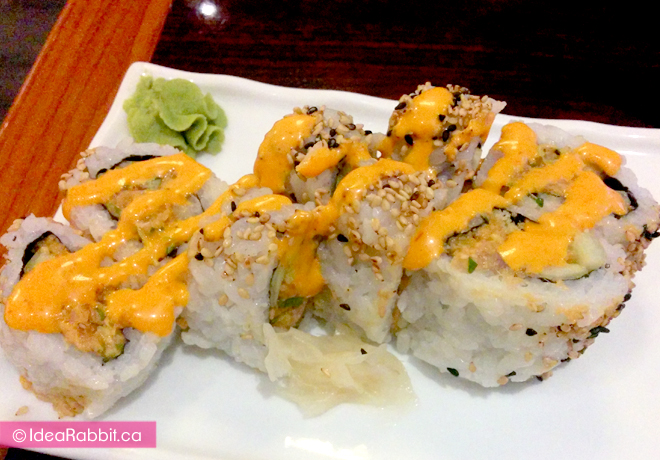 Spicy Tuna Roll: Not that great presentation wise. Too much sauce on top. Rice is a bit too mushy. 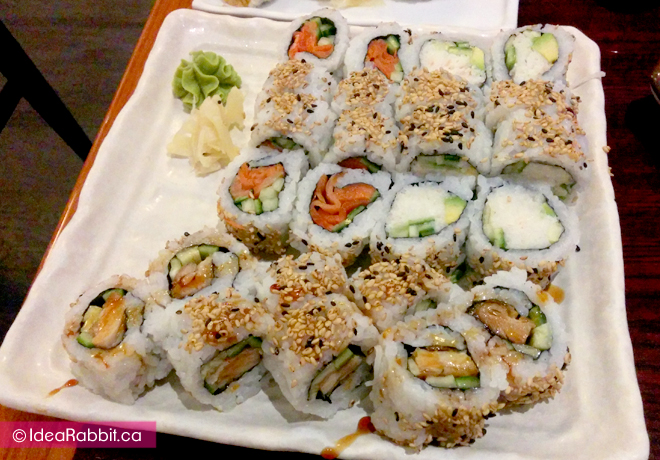 Smoked Salmon Roll,  Beef Teriyaki Roll and California Roll. Maybe they are missing the vinegar taste in the rice. It just didn’t taste like a real sushi roll. It was jam packed with ingredients though, so you were quite full afterwards. Again, rice was a bit mushy.

Service was mediocre. No smiles or friendliness. Will we be back? With so many sushi restaurants to choose from in Vancouver, it’s not on my top list of go-to places. 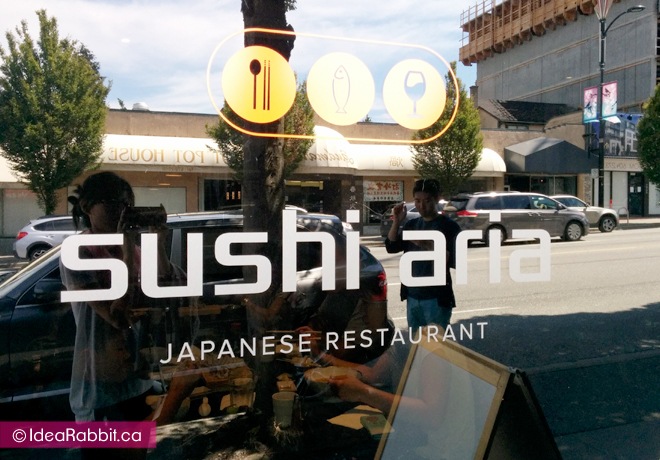 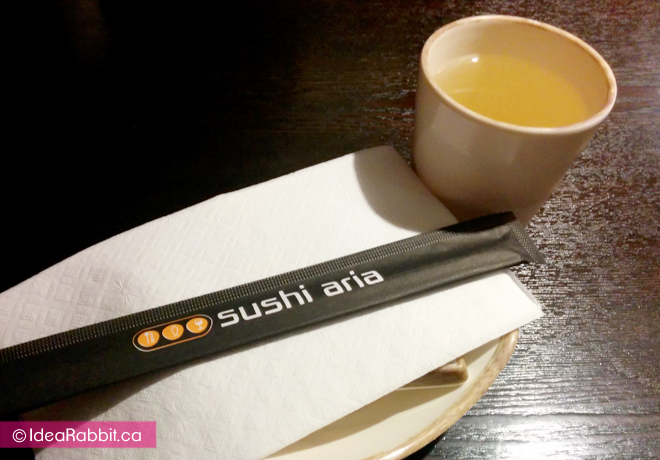 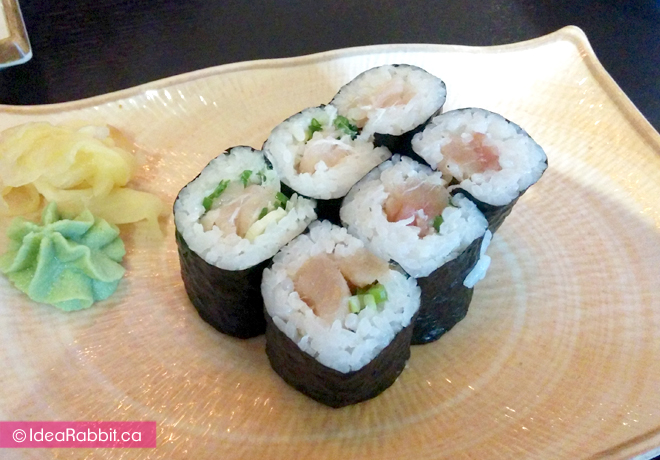 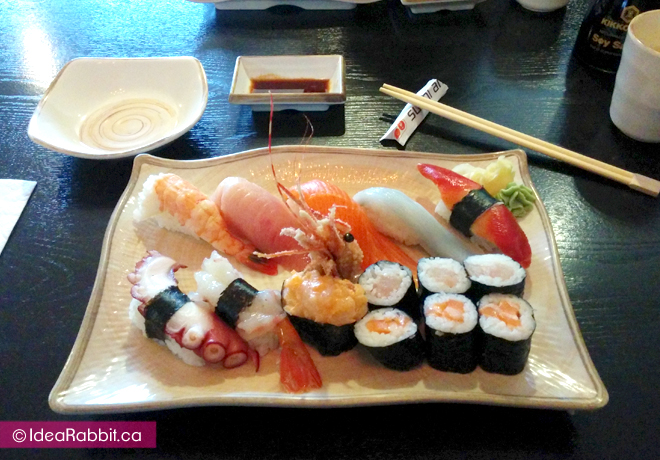 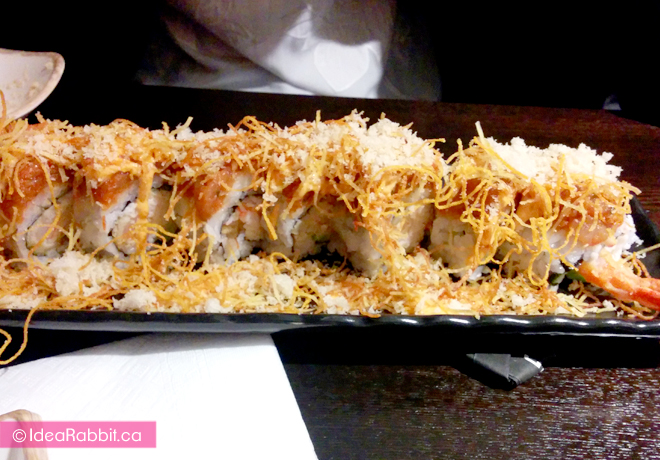 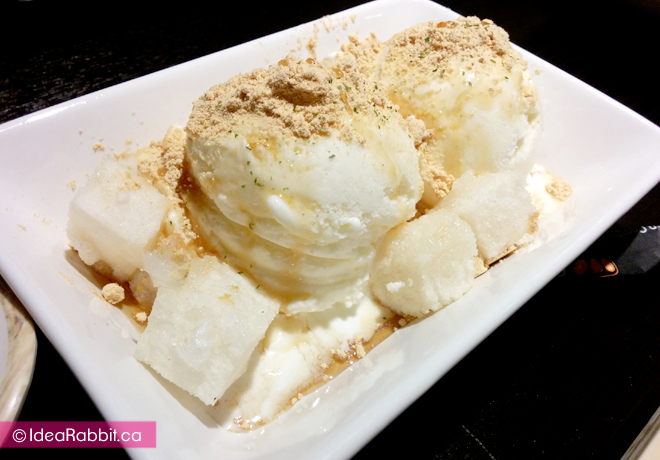 This was the second time visiting the cafe. The first time, I only had a tea with a friend, so I wanted to give it another try for their desserts. Same as last time, the cafe is pretty bare although being right on Granville in busy downtown. Also, like last time, the first thing you notice as you go in are the flies swarming around in the middle. 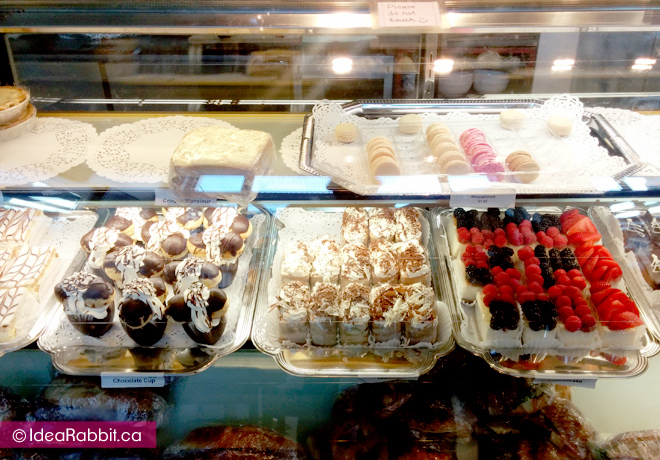 Despite some reviews of rude customer service, we had a pleasant woman serve us. When Sheepie was picky on which cake he wanted, the lady came around to the front of the counter to see which one he was pointing at. I love cream, but this was a HUGE load of cream. There were more custard cream in the cream puffs – though surprisingly only in one of them. It tasted good, but I was done when I had a third of it. When I couldn’t finish my Chocolate Cup, I asked for a to-go box, and the lady gladly packaged it up for me.

Not sure why it’s so empty, but it does make it a bit lonely to be in there with no customers. I’m not sure, but it seemed like one person came in to use the bathroom, the other to charge her phone? and another man was eating out on the patio tables, even though I don’t think he was their customer.

We usually go to Breka around the corner, which is why I thought we’d try something different for a change. Good customer service, but unfortunately, this wont be replacing our Breka.