So four of us went to Dairy Lane for lunch, but since the wait was close to an hour, and one friend was on a tight schedule, we decided to try out Vendome instead. We called ahead to see what the wait time was and was told 15-20 minutes. Our hearts sank as we saw the line up outside as we drove by.

There was a line up because you order first and then sit down. As we got inside and continued with the line up, it was really hot and humid inside. No AC or air flow. We tried to concentrate on the menu board to decide what we wanted to order. 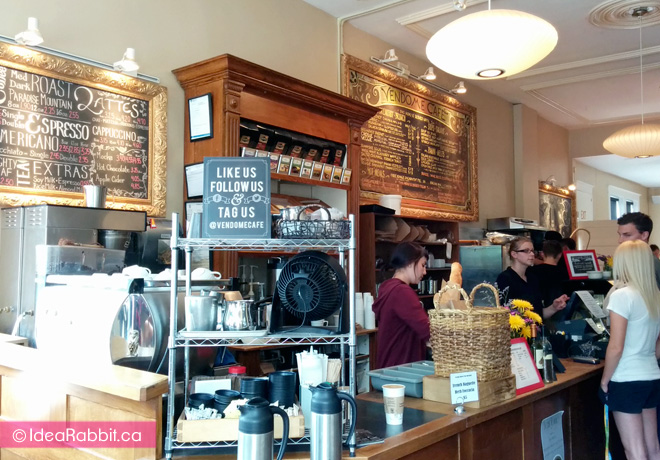 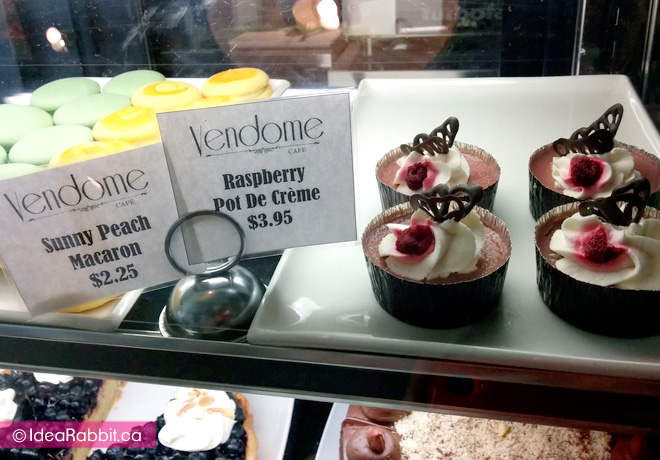 Two of them wanted the waffles. I had already taken a look at the their menu online and knew I wanted some Benny’s. Yah! I got the Classic Egg Benedict (half size) $11 and a Rooibos latte. When we finally got to the cash register after 15 minutes or so, there was a printed sign that stated what was not being served today because of the oven malfunction? So my friend was stumped and complained to them that they should post it outside as well so that people aren’t having to make last minute decisions holding up the line.

However, all the staff was very friendly and pleasant. The place was a hipster-ish cafe, but the atmosphere was more relaxed and friendly than the vibe I get from similar places in Vancouver. I guess it’s no surprise since I still get ‘hellos’ from complete strangers as I walk through Calgary. People here are so much more friendly!

Since it was really stuffy inside, we sat out on the patio. 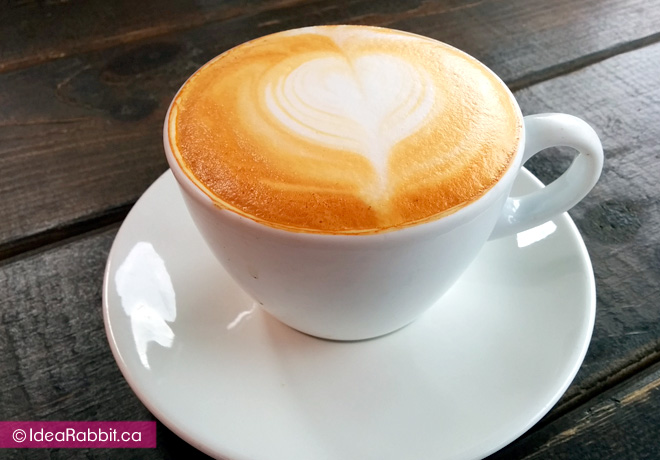 The Rooibos latte came first. It was really pretty with the latte art and tasted even better! Mmmm! Love it! 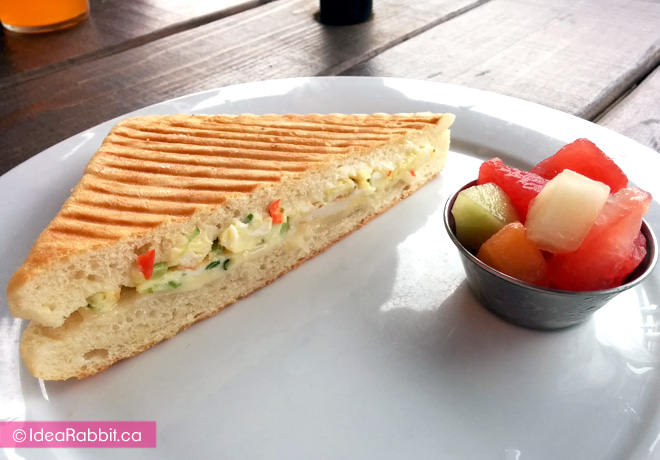 My friend ordered the Veggie Breakfast Panini (half) $5 with scrambled eggs, sautéed peppers and zucchini & cheddar. 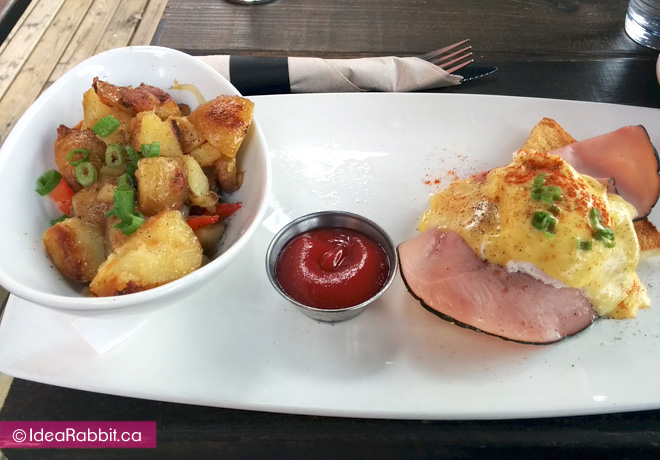 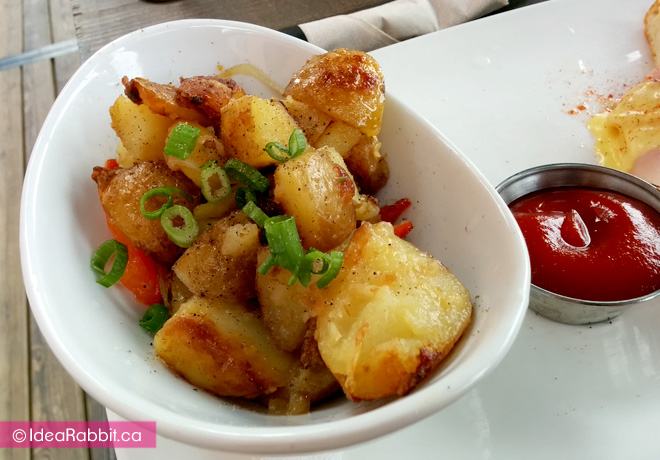 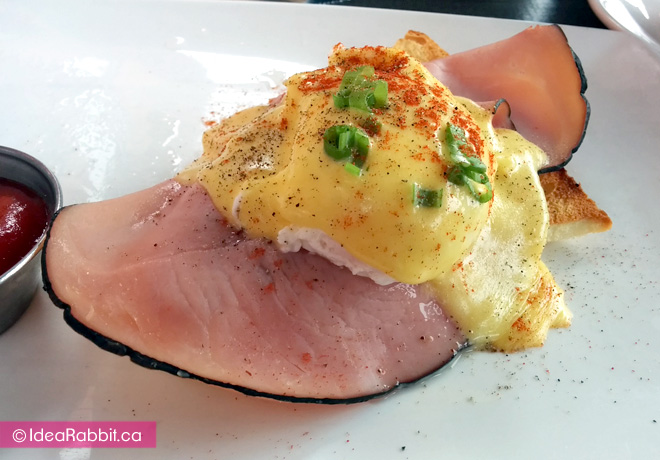 The egg was pouched softly and done nicely. Unlike most Benny’s where you would have the egg and ham sitting on an English muffin, this was one was on a piece of toast. Still, they all went very well together. The side dish or diced hashbrowns were nicely seasoned so that I didn’t need to dip into the ketchup at all.

It’s a nice in-your-neighbourhood cafe, a good place to catch up with friends over brunch as we did. Spacing is quite limited (we shared the picnic bench with someone else). The food was really good – a fair price of $15 (including tax) for food and drink.

We talked about the changes that Calgary has gone through in regards to the food scene. Calgary is catching up with the little trendy cafe here and there, and an increase in Asian restaurants – though not the sushi craze that Vancouver has. Yet, over the 3 days I was in Calgary, I went to 4 restaurants, and they were surprisingly all very good and wished that some were even in Vancouver as I rarely go to Calgary. Nice find!