I had a Groupon and so Sheepie and I went for dinner. I wanted to try their specialty which was the Yak Momo. Unfortunately, the voucher required us to get an entree each, so Sheepie ordered the Masala Fish $15. A dish served with local fish semi-stewed in Himalayan-style curry with assorted vegetables. It was buttery and rich. Very delicious! 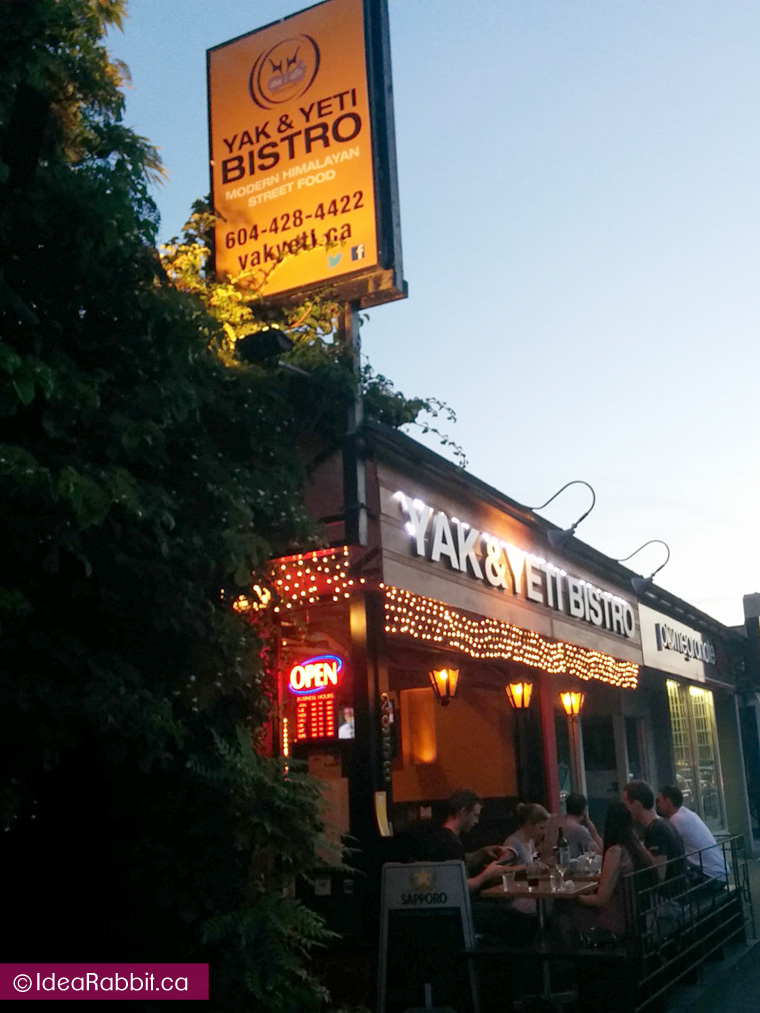 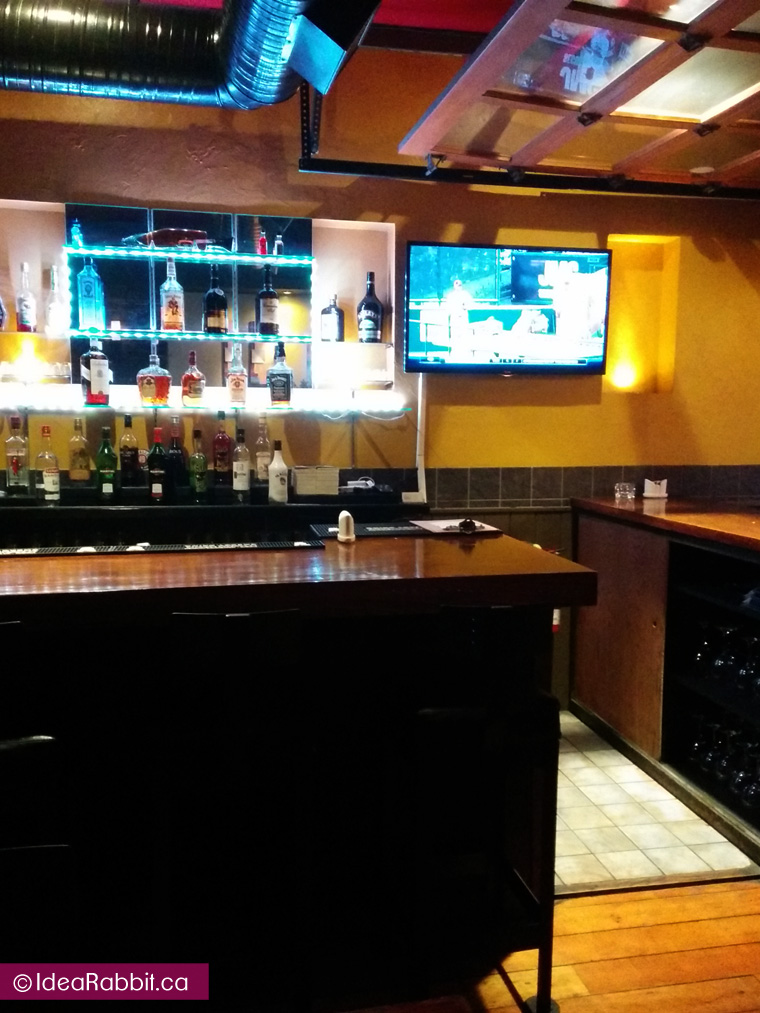 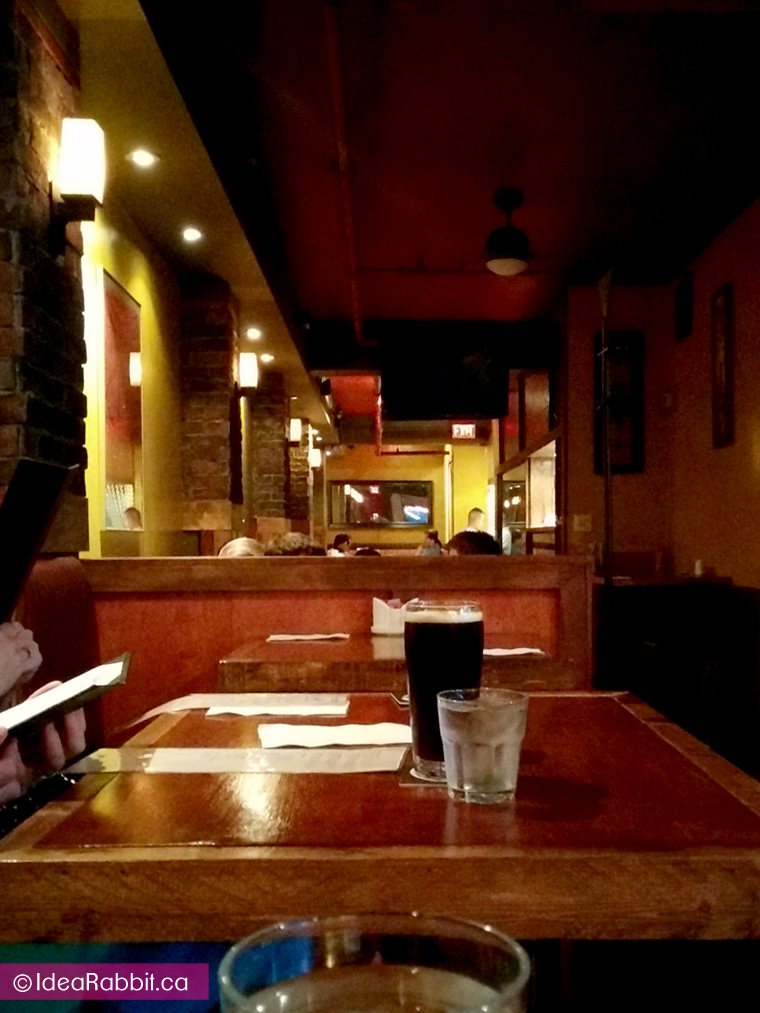 I had the Jackfruit Curry $14 which had green jackfruit cooked with bell peppers, onions, basil and special Himalayan spices. This was also very good, but I have to admit, I did like the Masala Fish better. 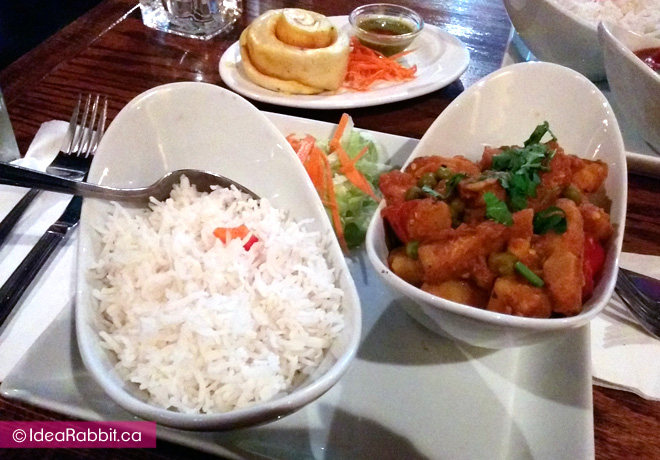 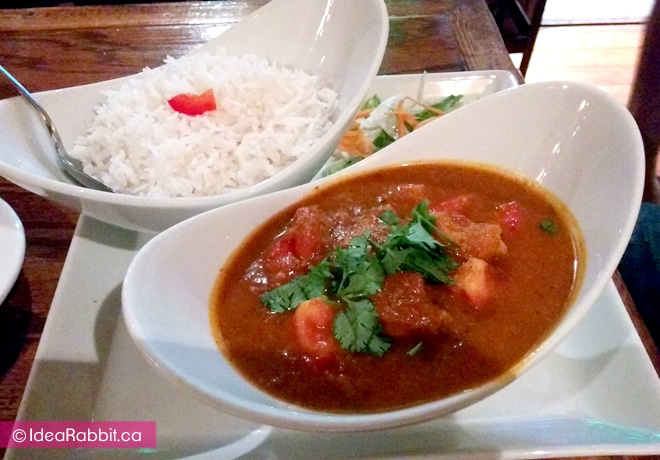 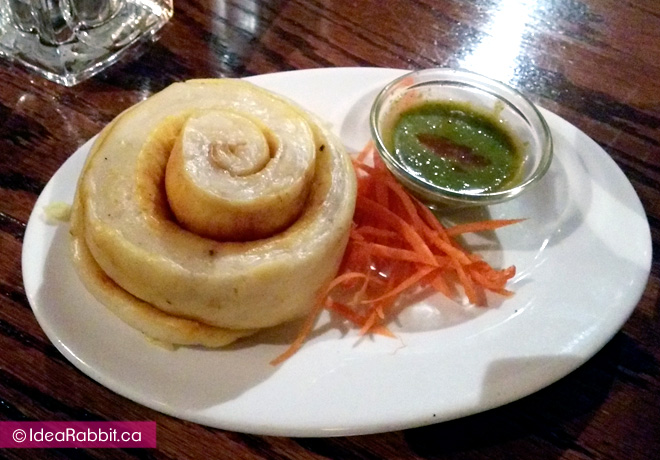 Both entrees comes with rice which quickly filled us up.

The server recommended trying Tingmo $3, so we ordered one. It was like a cinnamon bun, but not sweet. It was interesting, but since I’m not much of a bread person, I gave most of it for Sheepie and enjoyed my rice instead.

The place has a really nice chill-out atmosphere, inside and out on patio. It’s clean and well kept. Sheepie approved. It wasn’t busy, so it was nice to enjoy a quiet dining experience. The service was satisfactory.

Would love to come back again to try different dishes, especially the Yak Momo!

My friend had wanted to check out this restaurant for a while so we decided to check it out. It seems that it had gone through some renovations – at least from the outside.

We went around 7pm on a Thursday evening. Many chose to sit outside on the back patio, fenced up to cover the ugly alley usually lurking with with bums and garbage.
My friend refused to eat out there since he always walked down that alley. He knew how dirty it is from the alley side. 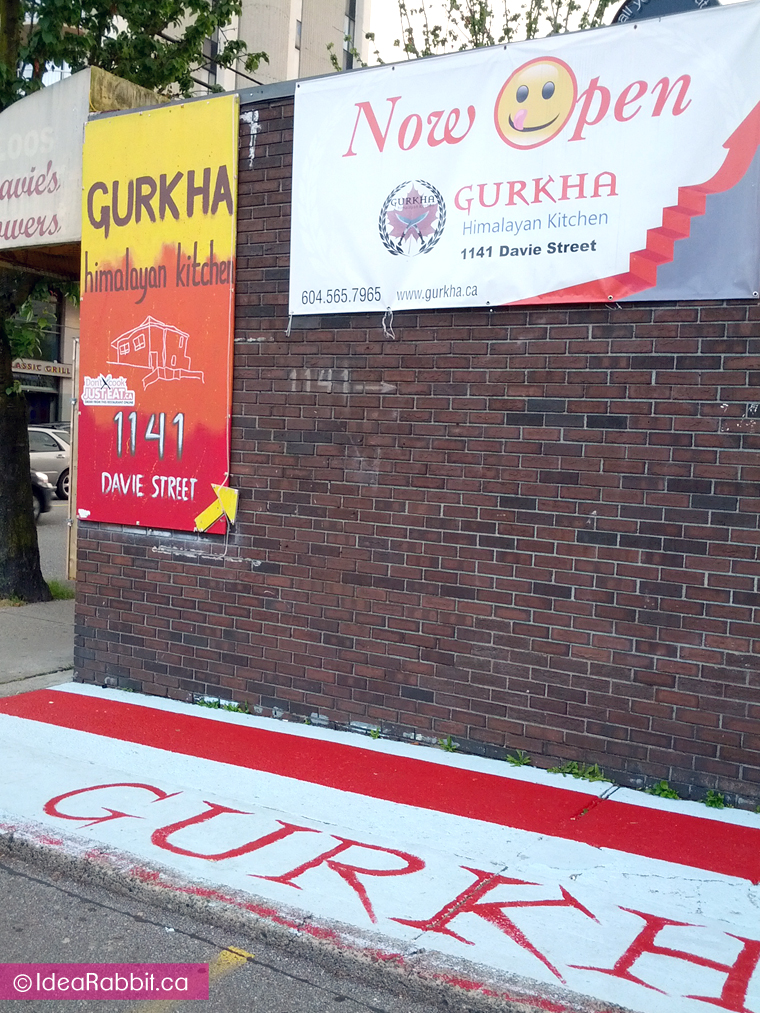 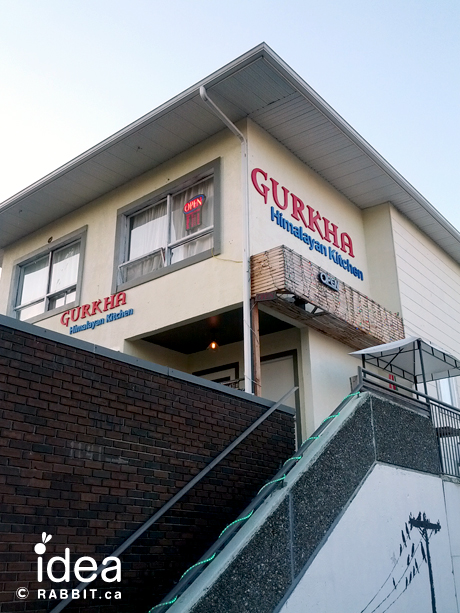 Restaurant is on the second floor…not wheelchair accessible 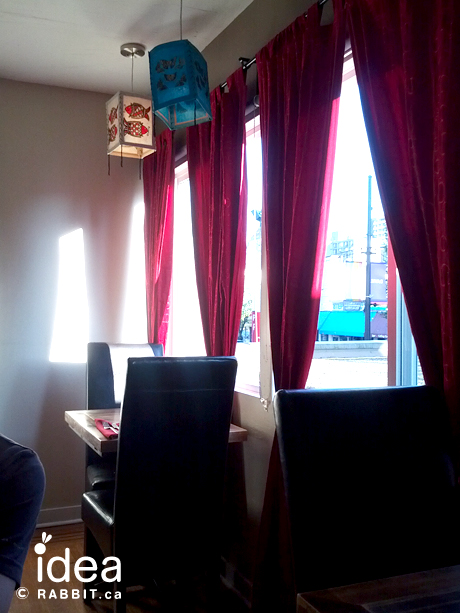 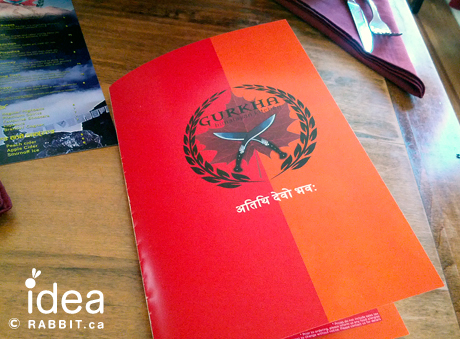 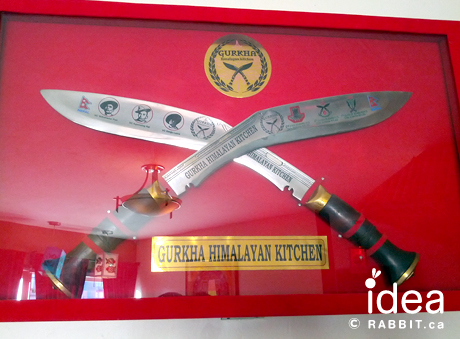 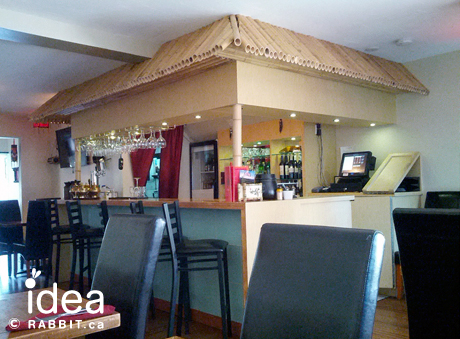 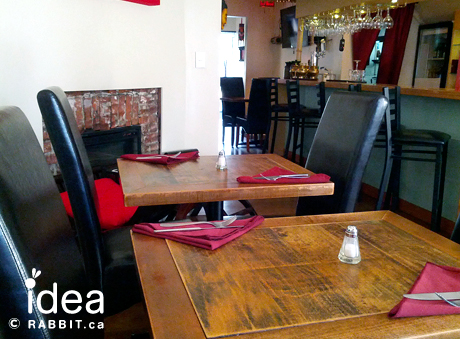 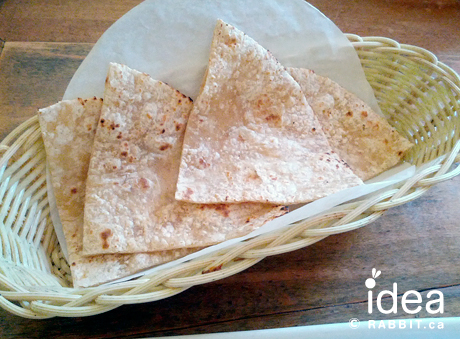 I was ok with inside, so no confrontation there. I’m not a patio person anyways, but we sat at one of the the tables closer to the window.

The restaurant is quite small, but is nicely decorated. The chairs and tables aren’t fancy, but comfortable to dine in. 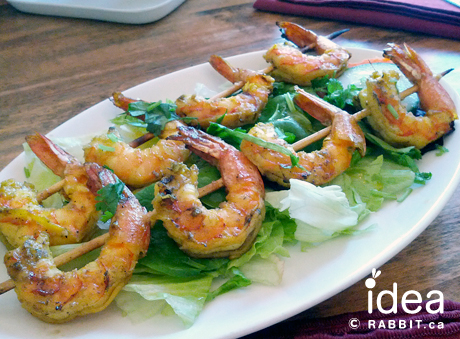 At first, I was a bit disappointed in the size of the Piro Shrimp dish…but the flavour of the shrimp was amazing. The spices they used was sooooo good! Delicious. I think it would have been even better if the shrimps were juicy and plump as other places I’ve been to. 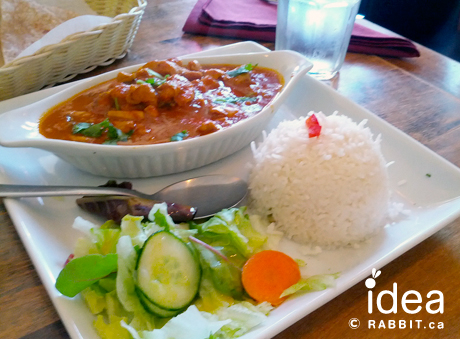 The Sherpa was excellent!  Wow! The spices and herbs! so rich in flavour and the chicken melted in my mouth! Goes really well with the rice it comes with. Mmmmmm. The salad was a little unexciting and sad. The Nepali Roti (which the server translated as ‘bread’) was cut up ‘wraps’ for dipping with the sauce. Unlike bread, it’s not filling, but nonetheless, was good with the sauce, just as the server said it would.

With taxes and tip, the two dishes (+Roti) came out to $28…a bit pricey, but really good food and dining experience. All the servers were really friendly, happy, patient and professional.

I’d definitely like to go back and try more of their dishes!!