We made our way to Whistler on a day trip. It’s about 120km from Vancouver, and takes roughly an 2 hours by car.

If you don’t have a car, you can take the Whistler Shuttle and Bus which are offered daily, with frequent transportation from Vancouver to Whistler. Just sit back and enjoy the scenery, or stay in touch, whether with friends or for business with their free WiFi. Depending on whether you’re going from the airport or downtown, fares can be $72 or $55 respectively. This can be pricey, so it’s best to hitch a ride with a friend and split the gas costs 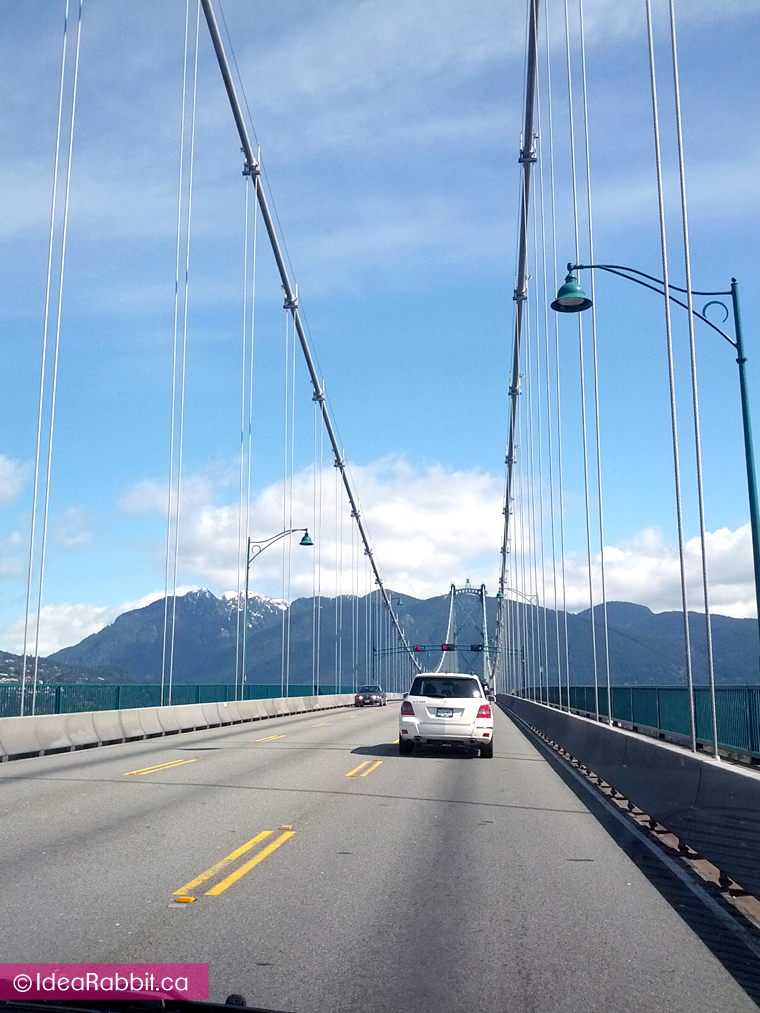 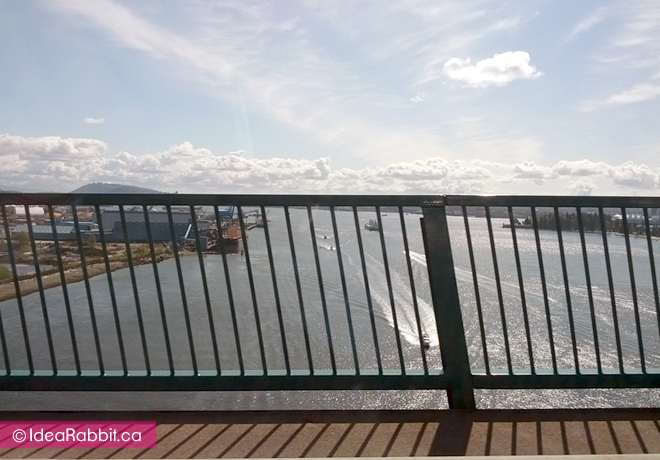 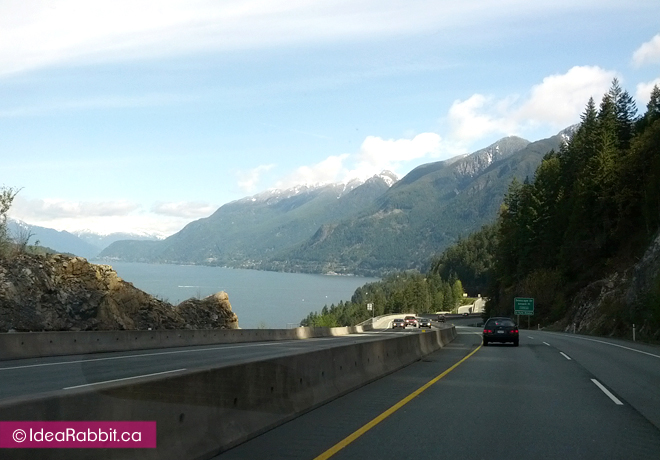 Driving along Sea to Sky Highway. 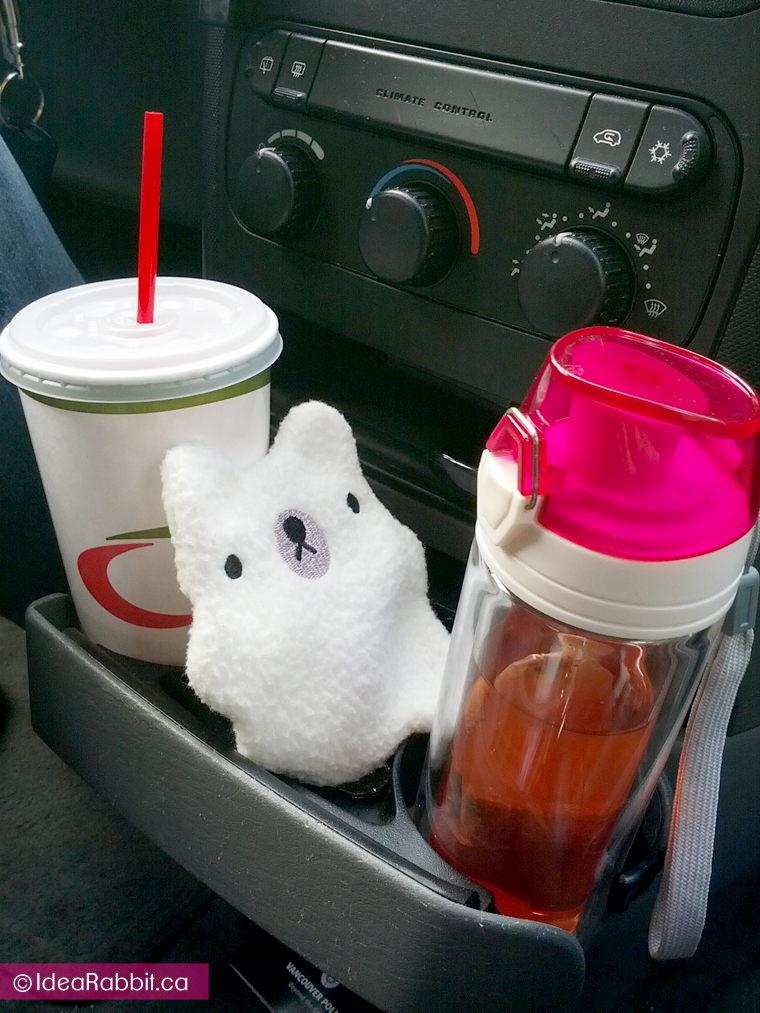 Today, White FlatBear joins us for the trip. 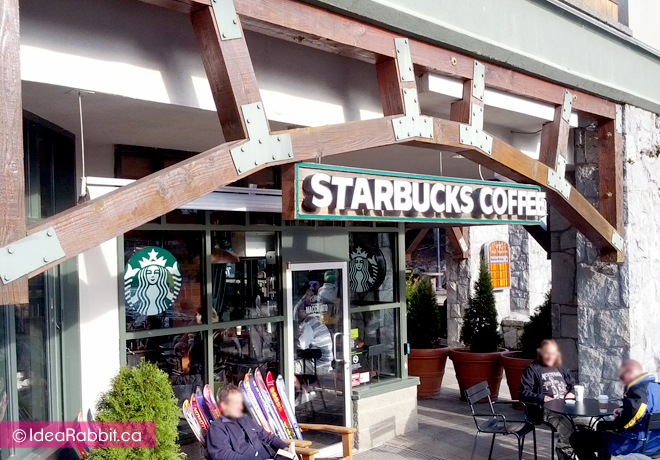 There’s something for everyone, like chilling at Starbucks while enjoying the beautiful scenery. If you’re an outdoor person, there are lots of skiing and snowboarding opportunities. In the summer, there are four golf courses to practice your swings and hiking trails to enjoy some breath of fresh air. 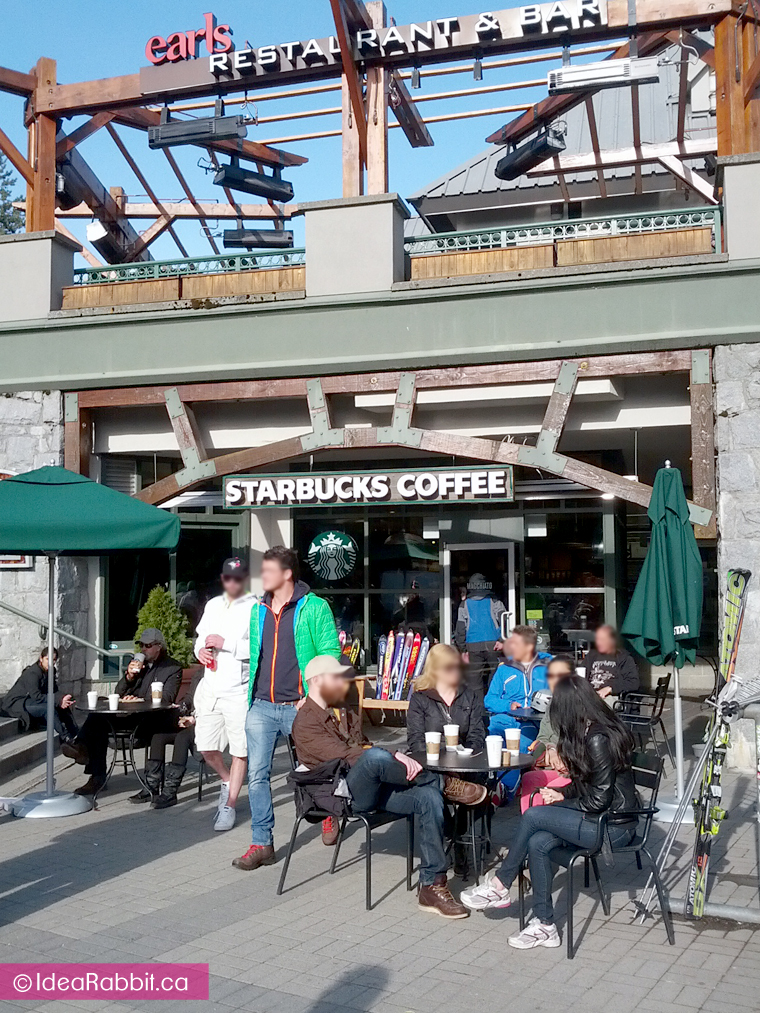 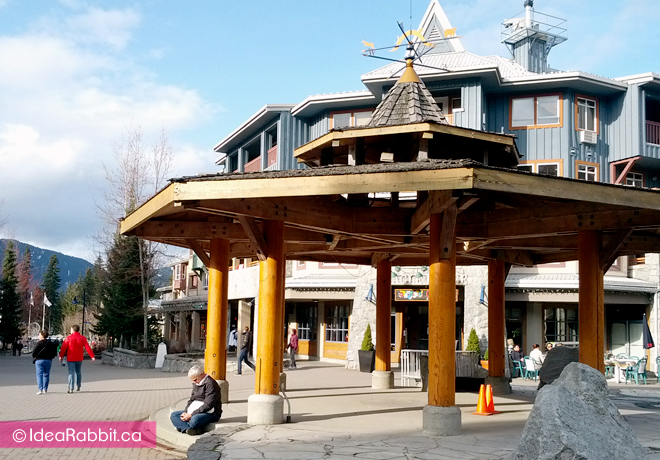 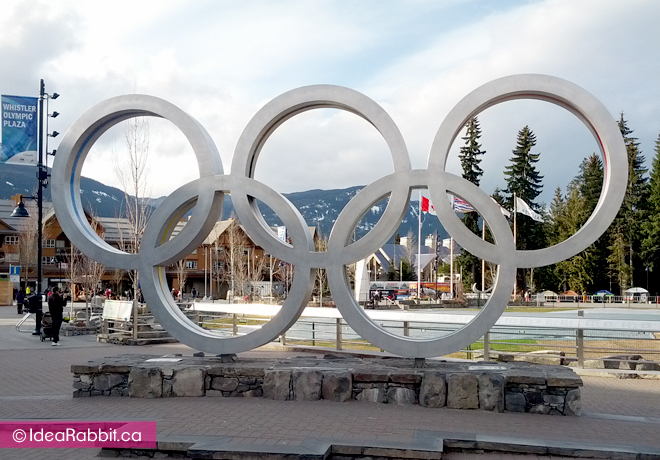 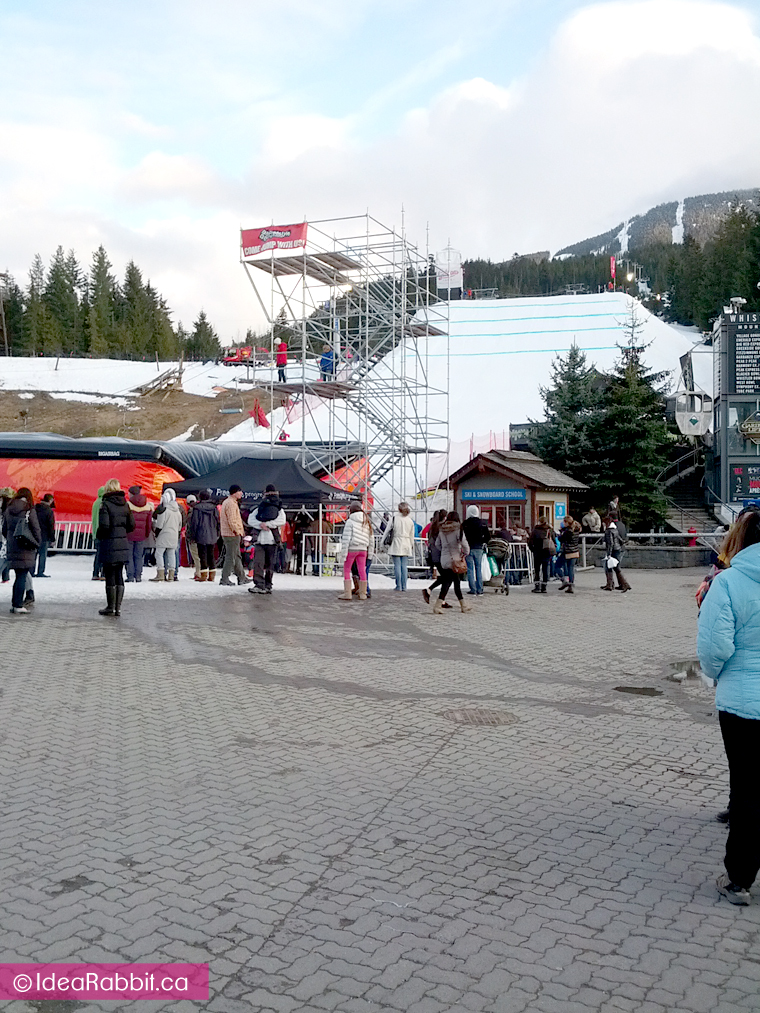 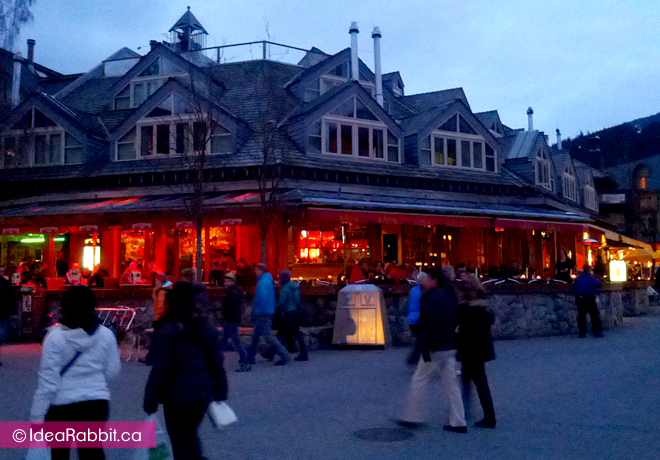 There are lots of trendy shopping for yourself and souvenirs for your family and friends. There are restaurants and bars, but we found that it was really difficult to find a reasonable priced place that didn’t have an hour or more line up. 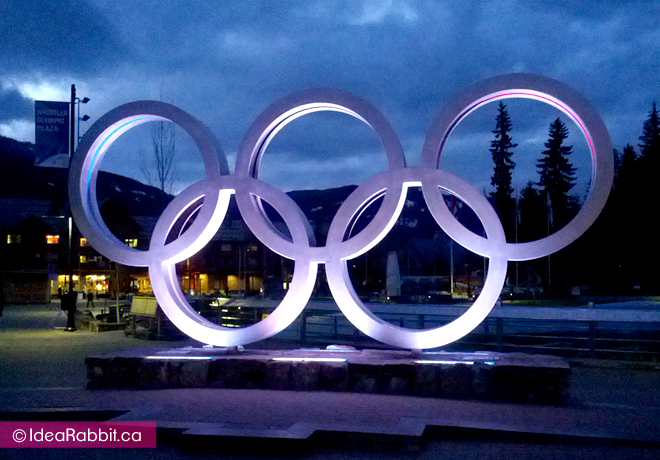 Take some photos of the Olympic rings that were installed for the 2010 Winter Games. Each winter, the Resort Municipality of Whistler (RMOW), in partnership with the Province of British Columbia, transforms Whistler Olympic Plaza into skating rinks. It’s free admission, so bring your pair of skates. Great for the whole family or for romantic dates. You can also rent skates for $5. Helmets are available at no charge. Note: To keep the rinks safe and family-friendly, hockey and figure skating are not permitted. 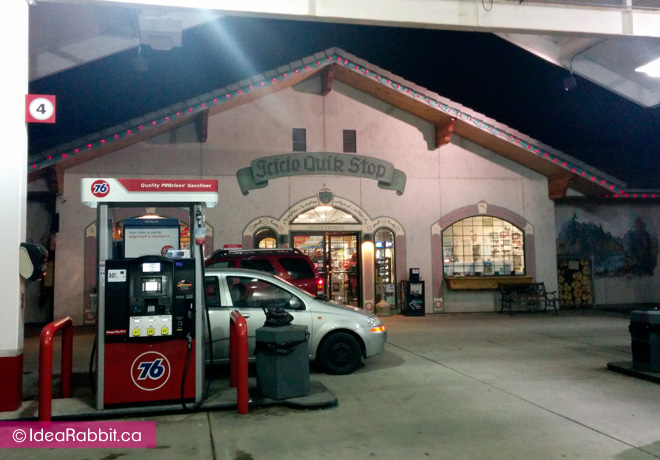 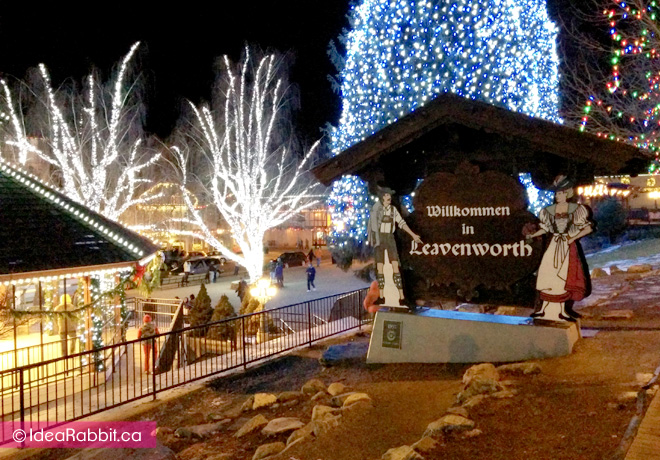 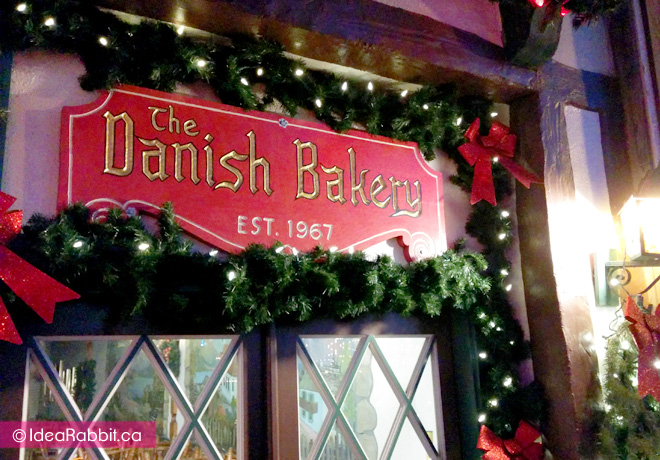 All of the accommodation in Leavenworth was booked out for Christmas. Those remaining were very expensive and since we were going to check out the town and not the hotel, we wanted to keep it cheap as possible. I got 2 Queen Beds at $79.99 USD for Christmas night. There is a TV, but only one working channel. WiFi is offered, but none of our devices would connect (and one of us is an IT person). No hair dryer! Strong fragrance smell in hallway, but none in suites. Ample parking space. Heater kept blowing cool air – in the midst of winter. Room was clean and comes with microwave and small fridge. Manager speaks German.

Not great, but the price is good, and only about a 10 minute drive to Leavenworth.