I have heard recommendations to this place, so I had high expectations. The very open and airy atmosphere of the restaurant was very nice. The restaurant is kept very clean, and has a modern slick design. The tables are far apart for privacy and space. Nice tables and comfy seats. The air is filled with delicious flavours.

I was greeted by three different staff so it seemed that efficiency was important. As I was seated by one staff (who later was our server), he asked if I’d like something to drink. I asked for tea. After he left, another staff had already brought two glasses of water (the other for Sheepie who was out parking). 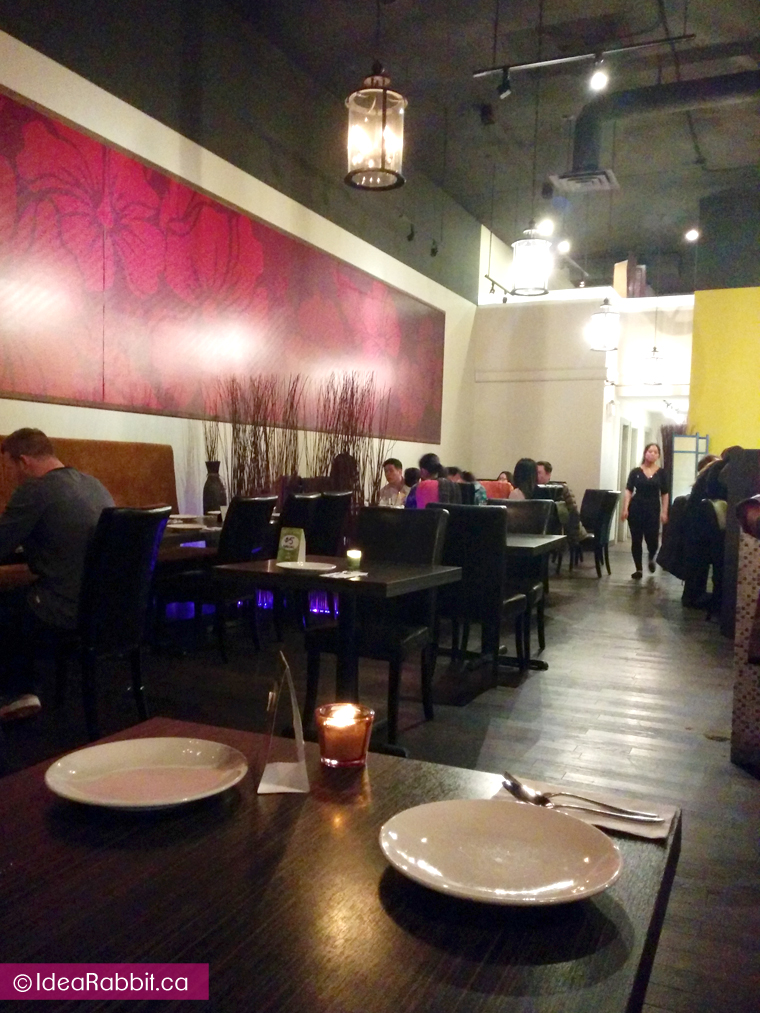 The Green tea was infused with tropical flavour and the aroma was quite pleasant, I kept sniffing the air. So fruity! As I write this post, I noticed that on the receipt, the tea was not included in the bill. I doubt it is usually free and probably a mistake?

After Sheepie sat down and we had plenty of time to decide, we waited more for the server to come get our order. It seemed like forever, and wondered what the fast service before was. We signaled and looked like we were getting antsy, and finally our server arrived. 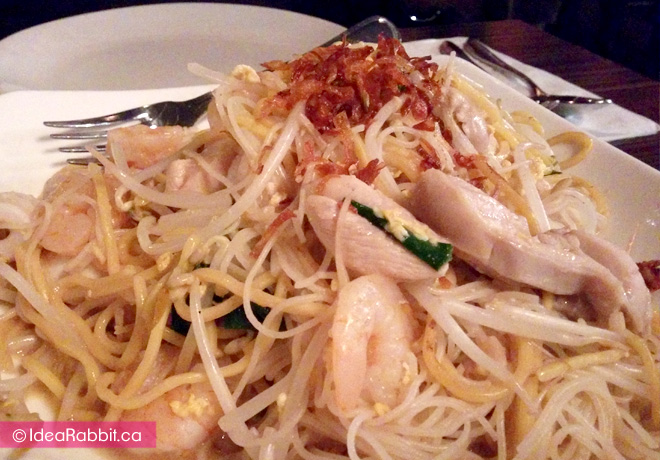 We ordered the Rendang Beef $16, Hainanese Rice $2.50 and Fried Hokkien Mee $12.
The beef in the Rendang was not as soft as I thought it would be. I recall Banana Leaf’s to be softer, but that is from years ago…but the beef, potatoes and the stew went very well with the rice.
Even though I ordered the Rendang, and Sheepie the Hokkien Mee, I actually liked the noodles better. Not because I’m a noodle fanatic, but I really liked the flavour. The shrimps were very plumpy and juicy. Good portions. 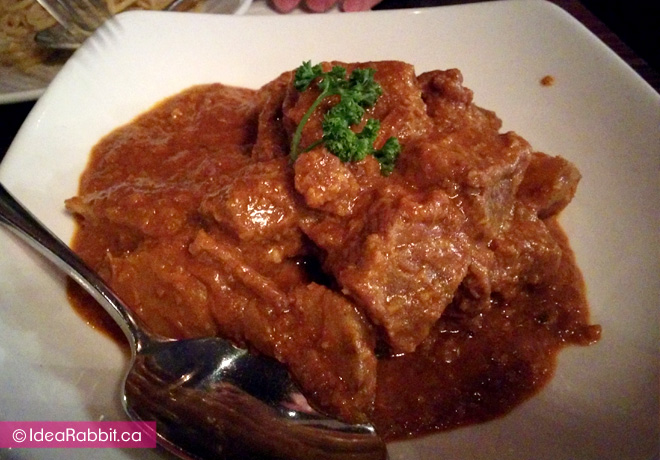 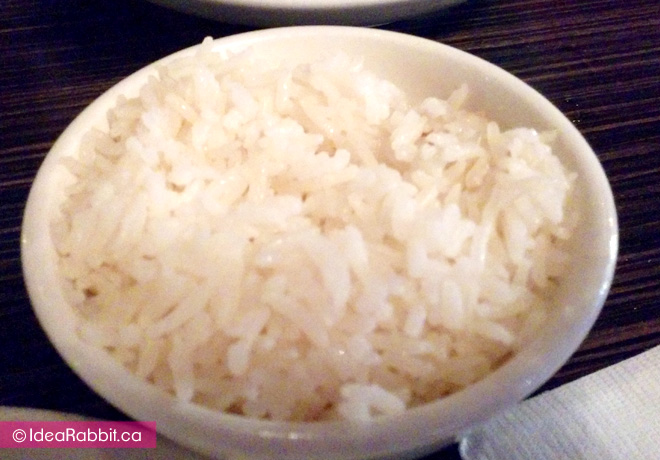 I enjoyed the food, restaurant and staff. Compared to Banana Leaf though, I’m still drawn to going there instead…however, I wouldn’t oppose going to Kaya Malay.

A narrow restaurant that was jam packed with people lined up. Luckily, we had reservations, though we did have to wait about 10 minutes. The waiting area is extremely cramped and uncomfortable.

As we sat at our table, we were shocked to see the server at the other table pour some of the tea from their pot onto the table to ‘clean’ it after the dishes were cleared off. 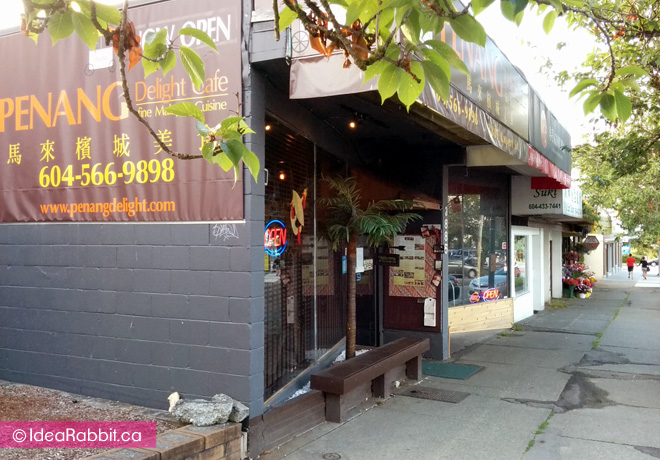 Unfortunately, my seat was right where the AC was blowing at my forehead. It was unpleasant considering I was a bit sick with low fever that day. But even if I was well, I am not a fan of sitting in direct wind of ACs. 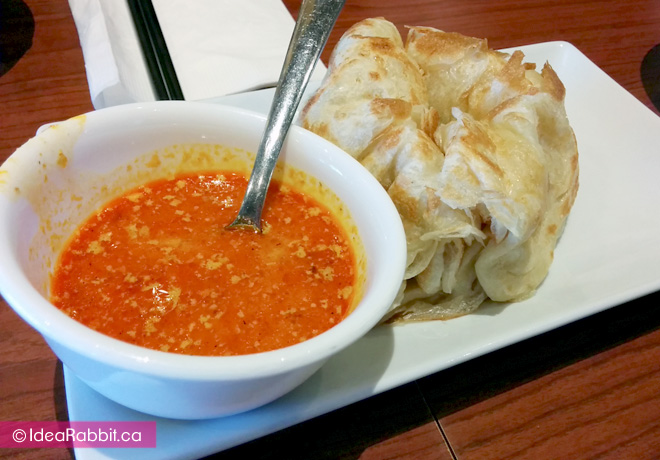 Roti Canai (crispy Indian style pancake served with curry dipping sauce) $5.95 I found the roti greasy and oily, though it did taste alright. I found it to be pricey for what you got. 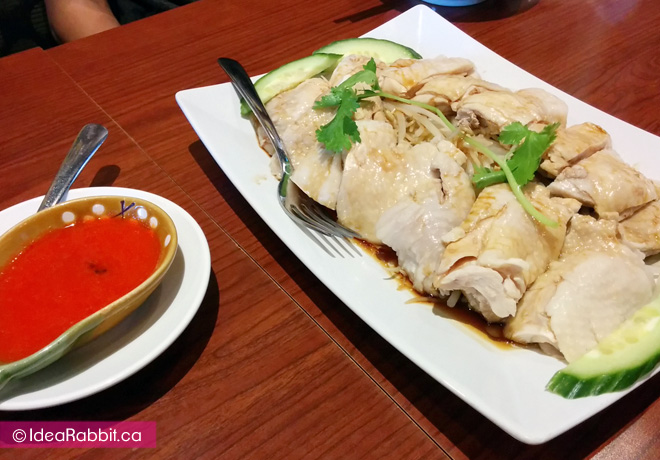 Hainanese Chicken $13.95. Steamed Hainanese chicken didn’t really wow me. In fact, I wasn’t a huge fan of it. The pieces were too large, and without knives provided, eating it was a bit of a challenge without making a mess. The chicken itself was nicely cooked, but the all the skin and fat is not my favourite part. The sauce did go well with it, but I thought the chicken itself could have had more seasoning to start of with. 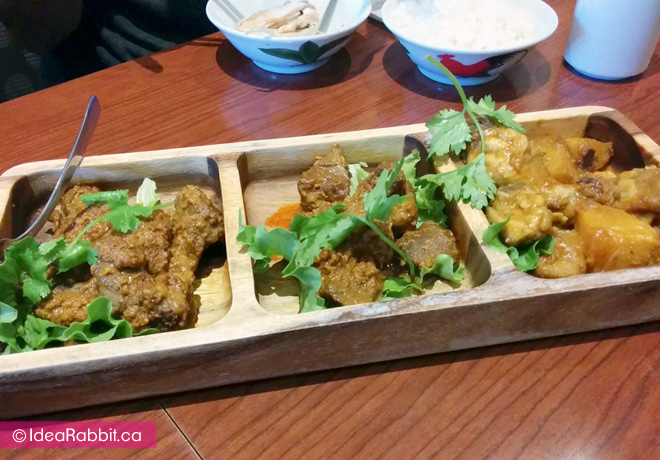 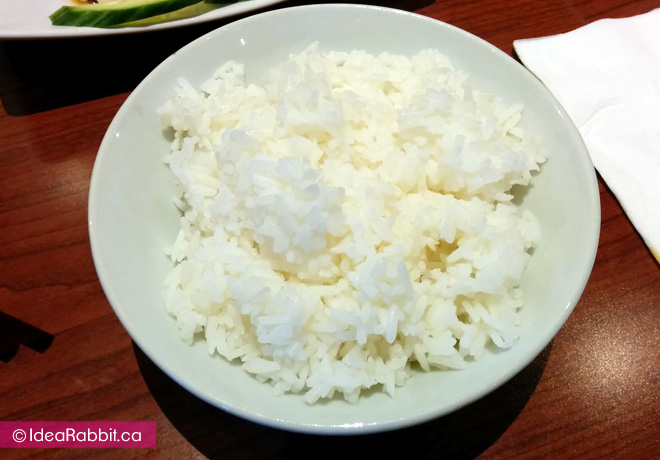 Deluxe Curry Platter (curry chicken, rendang beef and rendang lamb) $21.95 and steam rice $. This one is quite pricey for the quality and quantity. I found the meat to be hard and dry. The Rendang beef from Banana Leaf is super soft, juicy and just melts in your mouth. It is soooo good! This in comparison was really bad. Hence, I mostly ate the potatoes from the curry chicken portion.

The bathroom was dirty and not taken care off. By the bathroom, there were food trays out in the hallways with food and old dishes. The service was mediocre. They weren’t happy but we did get our tea fills and food as expected.

I didn’t enjoy much from this restaurant so I don’t think I’ll be returning.

Sheepie and I went for a late dinner. It’s much roomier and modern than the Denman location, but it feels like it lacks the character that Denman has. Still, it’s a comfortable atmosphere. Clean, spacious and enjoyable.

Sheepie ordered the Curry Boneless Chicken $15 , and a bowl of Jasmine rice $2  to go with it. I ordered the Singapore Laksa $13 and asked for it to be on the milder side. I asked for hot water. It was nice they gave me a small white designerish pot so I wouldn’t have to keep bugging them for more. Not that I needed that much…lol

The Laksa was on a sweeter side and seemed a bit diluted or not enough umami…the curry was a bit spicy for me, so I only had a bite.

The server was really friendly, and the dining experience was enjoyable. I recall the food at Denman or Broadway to be more rich and flavouraful. It’s not just this occasion either. I’ve been to this Davie one a few times, and thought that they lacked much flavour. But then again, I haven’t been back to the other two since 2010, so maybe I’m just imagining things, or my tongue has changed as I began to eat out more, eat different foods, and become a little bit more critical to taste. Perhaps I need to go back to Denman and find out! 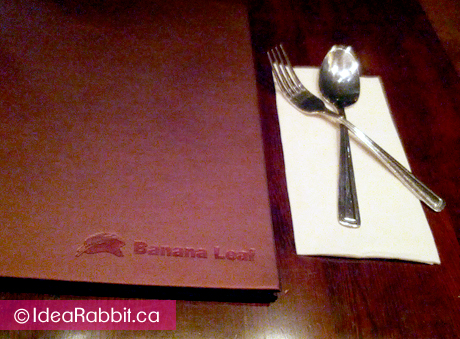 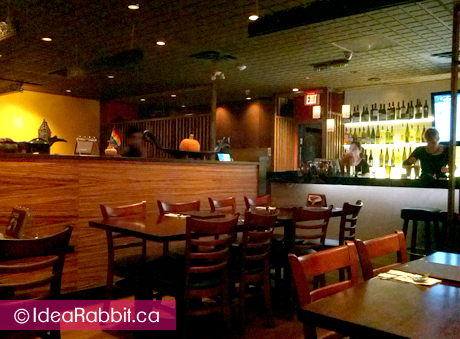 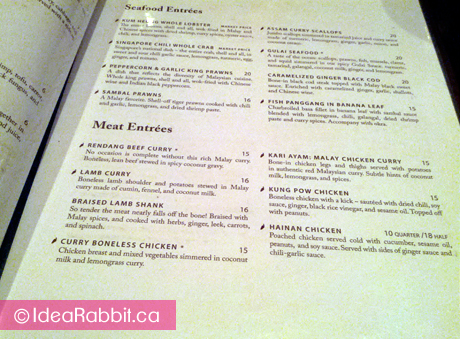 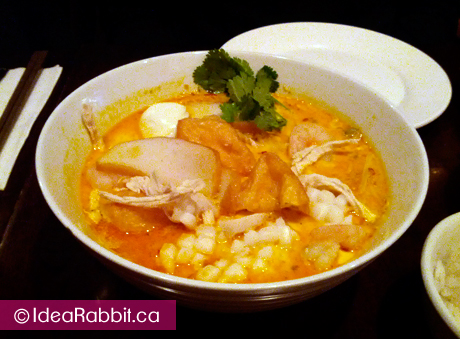 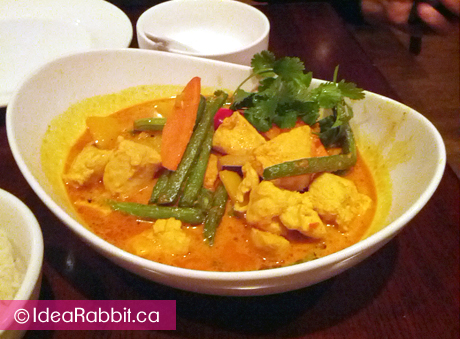 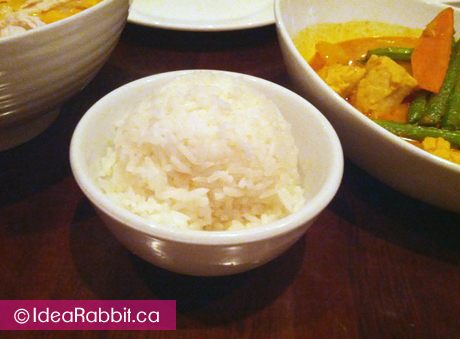