For Sheepie’s friend’s birthday, we were celebrating it at the Crab King in Steveston. The organizer (the birthday-star’s girlfriend) had some groupons, but they also seem to know the owners, so I think we got extra. The organizer had a commotion with the staff there as the timing of the reservation was screwed up. Not sure who’s at fault, but it was ok, as we (about 16 of us) went to the nearby Waves to just chit chat to kill time. 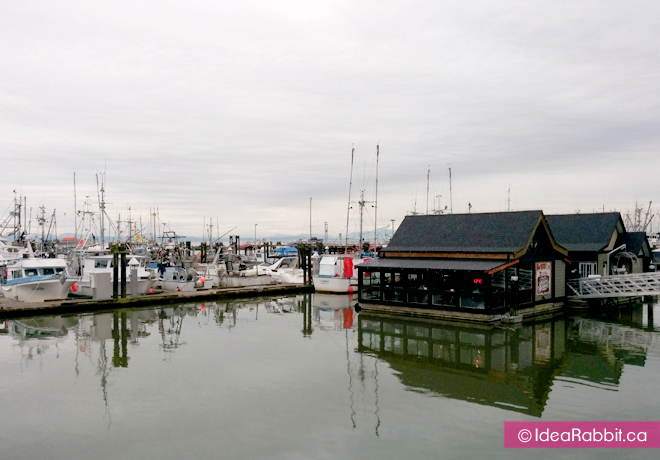 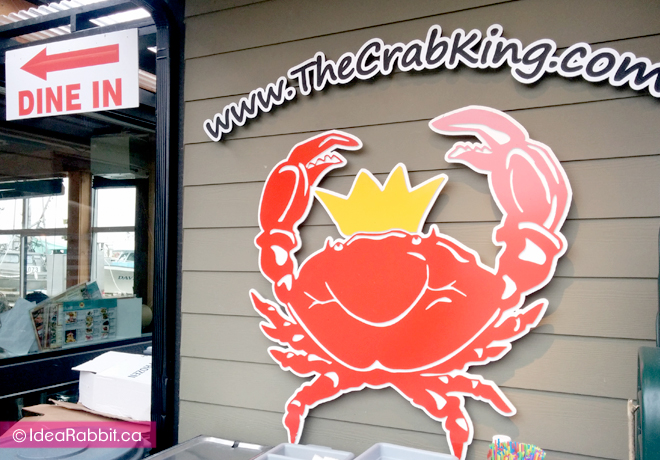 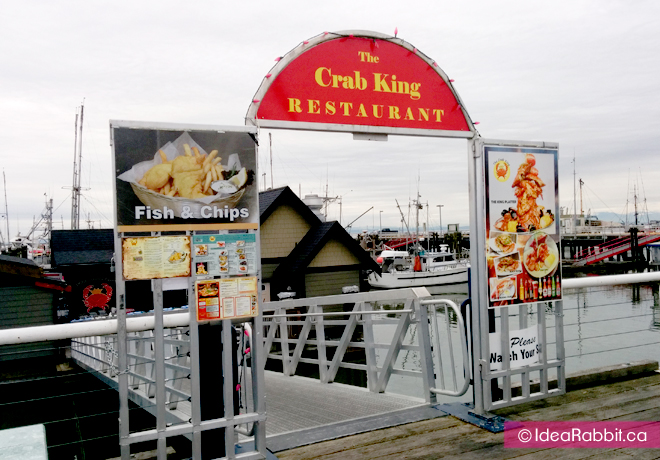 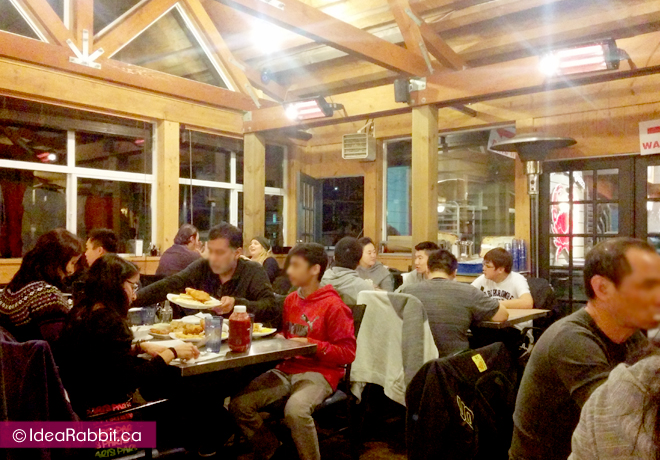 We were back there for 7pm, but it was still busy. We weren’t the only ones celebrating birthdays as we heard a group and the restaurant staff sing the ol’ birthday song. I wondered why the table were metal and covered in kraft roll paper. I soon found out why. Time to get your fingers dirty! 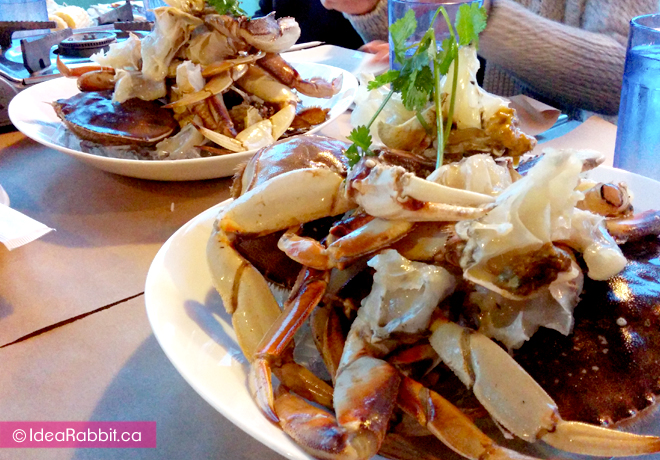 4 of us shared a pot, and there were plenty of food. 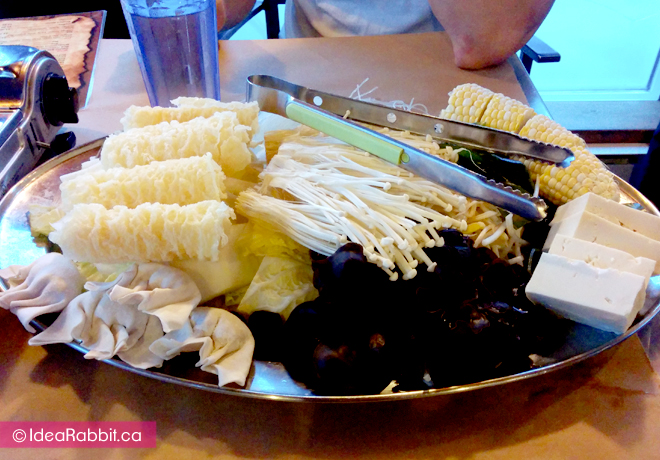 Veggies for the hot pot, along with some dumplings. 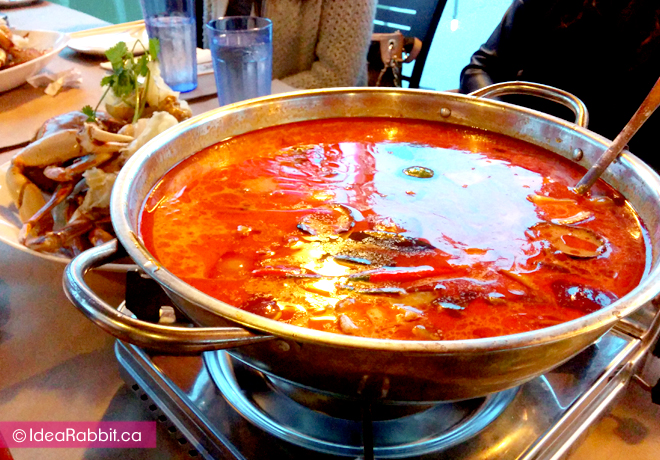 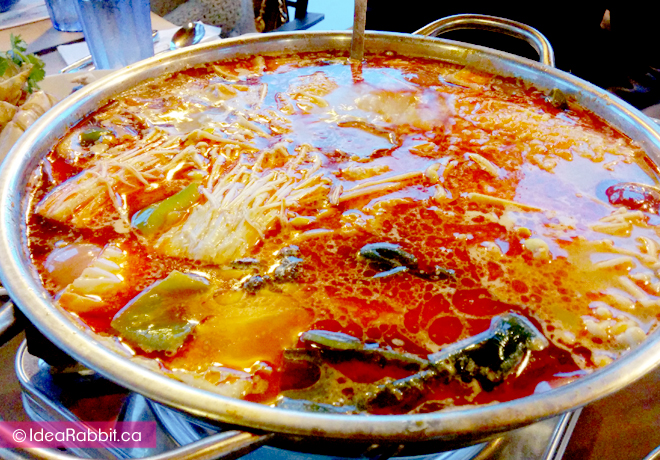 We all the the ‘mildest’ soup base, but it looked bloody hot. I took a sip and coughed, as several others did. For our pot, we took out the peppers. It was spicy, but once food was placed into the pot and it diluted the soup a bit, it got better. Also, your tongue become accustomed to it, though I was more worried about getting an upset stomach afterwards. It tasted like Tom Yum Soup. 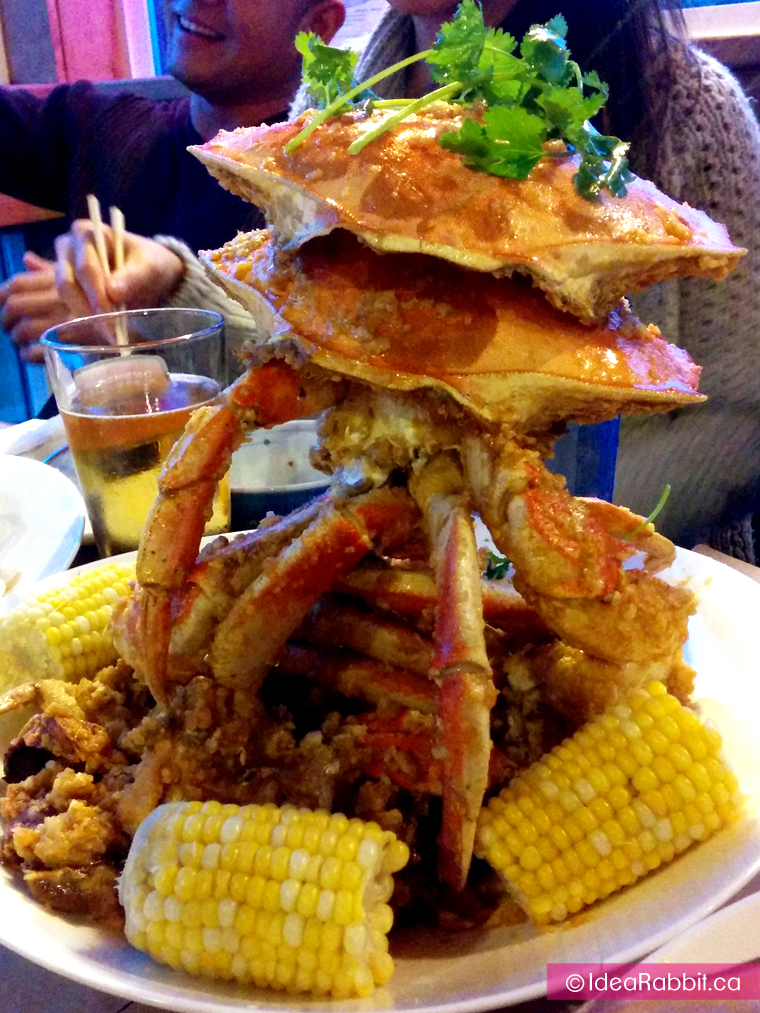 This was another amazing tower of crabs! It was filled with garlic. Super delicious.

The crabs are definitely a challenge to eat, but they were the plumpiest crabs I’ve ever had.

Whether it was the spicy soup, or the full-house, we were starting to sweat! No AC or open windows! It was messy, and for a lot of work, some of us weren’t full yet. However, it was satisfying to have that much crab, as we normally don’t get to eat fresh crabs that often

The organizer paid for everything, so I can’t comment on the pricing. Service was fine, though it’s mostly self-serve. 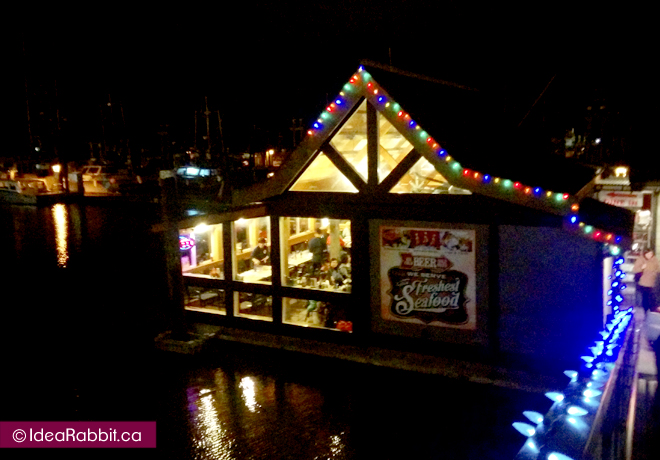