With long lineups at Stepho’s (as usual), we went s few stores down to Taki’s Taverna. Yes, the prices are higher than Stepho’s but with no lineup and a less bustling atmosphere, we were happy to take the table by the window.
A nicely decorated interior that’s cosy and comfortable. I was a bit disappointed that they didn’t have any Prawn Souvlakia, so I ordered the Small Chicken Souvlakia $11.95 with one chicken skewer, two potato wedges, few carrots, rice pilaf and a small Greek salad. Sheepie ordered the Pita Chicken Souvlakia $12.95, similar to my dish but with the chicken in a pita. His plate didn’t come with any tzatziki sauce, so we shared mine since it came with a lot. My server forgot to bring my pita bread, so Sheepie had to remind him. 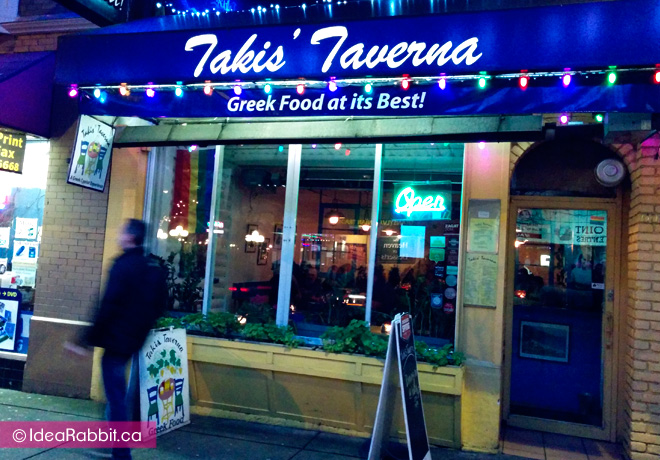 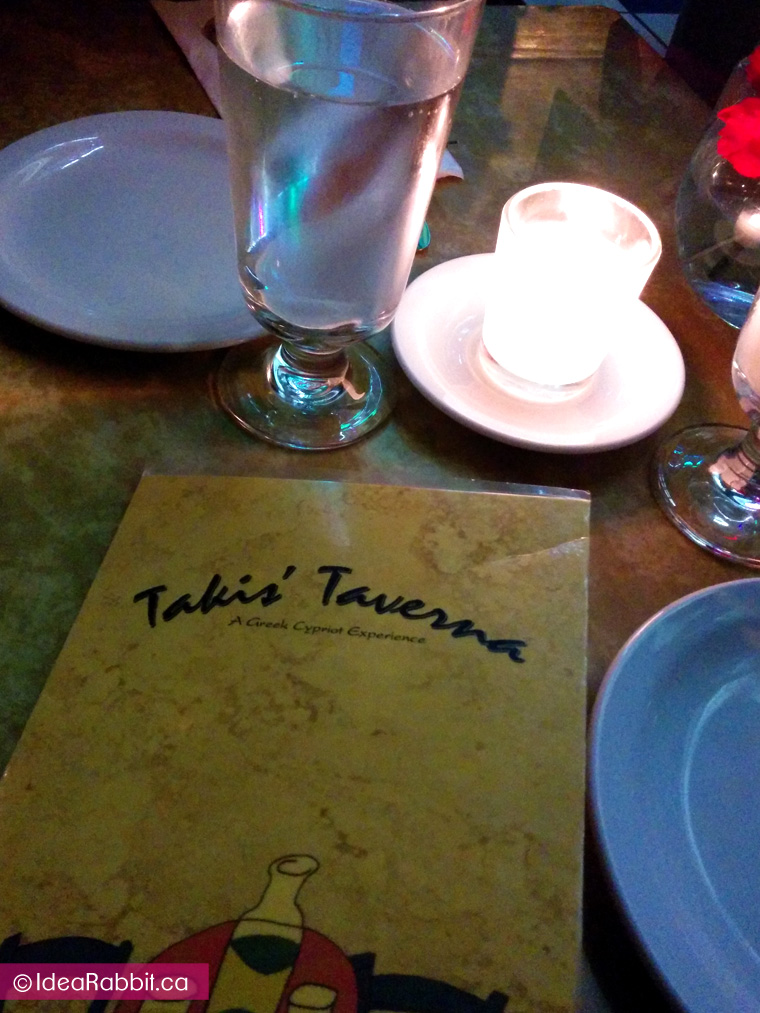 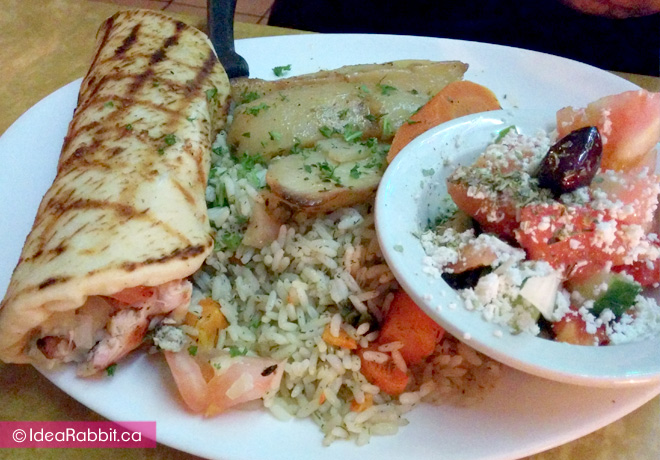 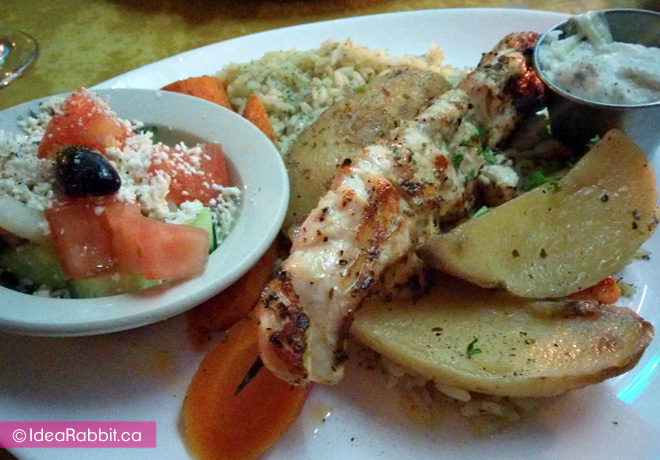 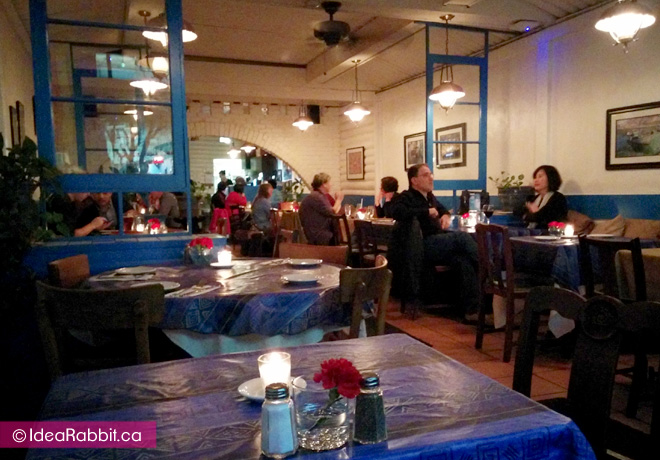 Overall, the dining experience was very good. Good food, satisfactory service and nice atmosphere. I just wished they had prawns!! The quality is similar to Stepho’s, so I can see why everyone lines up there for a $4 difference – especially if you get more in quantity as well. Still, a lovely Greek restaurant.

Another fast food court that thrives only because of the business workers in the area. The mall is small, and there isn’t much customers. But during lunch hour, the food court is usually packed.

I’ve eaten several of their dishes. There isn’t a lot of selection to choose from.
On this day, I wanted the Chicken Fillet, but it was sold out, so I ordered the Chicken Souvlaki instead. It was dry and hard. The potatoes were soggy. For $8.91, it is outrageously expensive. You could have so much better meal at Stephos for less. 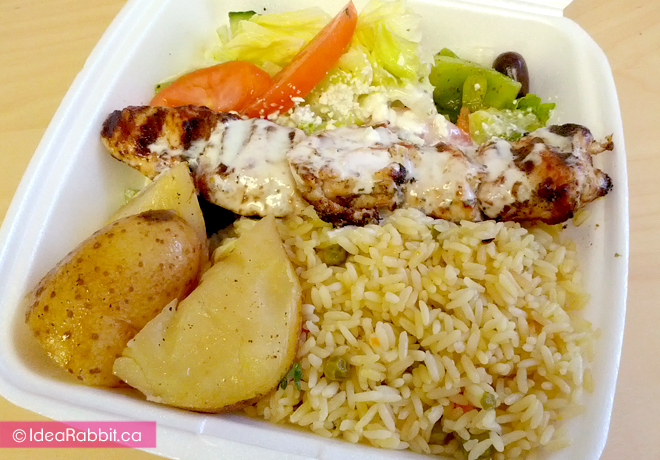 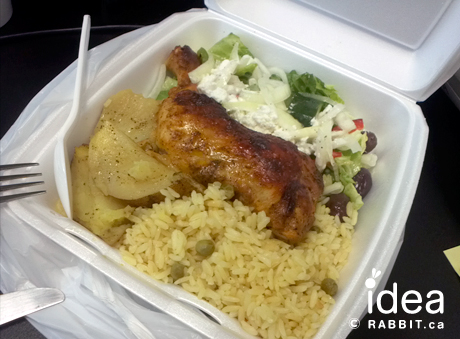 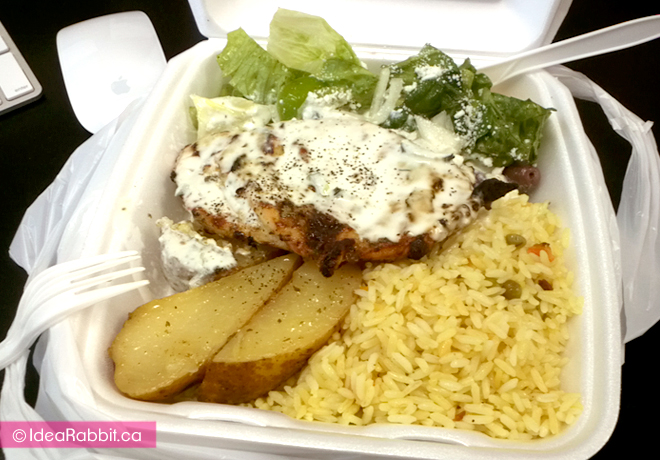 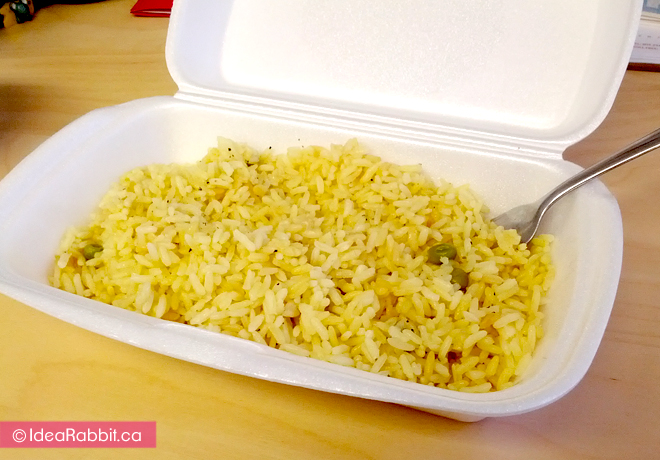 The older lady that seems to be the supervisor works there is a bit cheerful. The other girl looks like she’s working in a prison camp or something. She doesn’t look to healthy, nor will she ever give you a smile. She mumbles everything so if its your first time, you may never understand what she’s saying.They also charged me twice for a meal once, but were fast in returning the monetary value back onto my credit card even though it was a month later (when I checked my Visa statement).

Jimmy need to improve their food and service, or they should be kicked out.

If you want to go to a Greek restaurant in Vancouver, you’ve probably heard of Stephos on Davie st. There’s usually a long lineup that starts before they open and lasts till late. After lining up and waiting twice, I’ve only done take out since then. Take out is great since you call them up and the order is usually ready for pick up in 20 minutes. No line, no tip, and eat at the comfort of your own home (or friend’s).

However, if you haven’t gone yet, it’s a restaurant you have to go. It may be just my imagination, but the portion always seems larger when eating in. LOL.

So why is this place so famous? Because the food tastes good, the portions are big, the restaurant has good atmosphere (though it can get pretty loud at times) and the price is inexpensive. 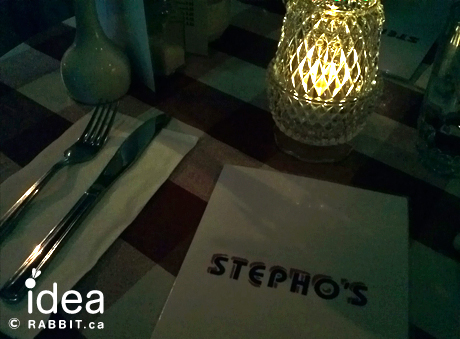 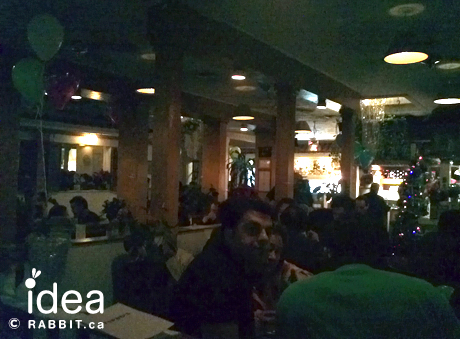 I recently went with a friend on a cold rainy night. I thought we would have to lineup outside in that weather, but luckily, we walked right in and was seated immediately. AWESOME!

We were seated by the window with real plants decor above us. To our surprise, the table had a heater underneath to keep our legs and hands warm! Yay! The table was covered to the floor by a heavy cloth so that kept the heat underneath the fabric. It was kind of like the Japanese kotatsu concept.

I ordered a Spanakopita (spinach-cheese puff) $4.95,  small portion (but not small at at) prawn souvlakia $7.95 (served with rice pilaf, roast potatoes and greek salad). My friend ordered his favourite Marinated Octopus with Pita $5.95 and small chicken souvlakia. 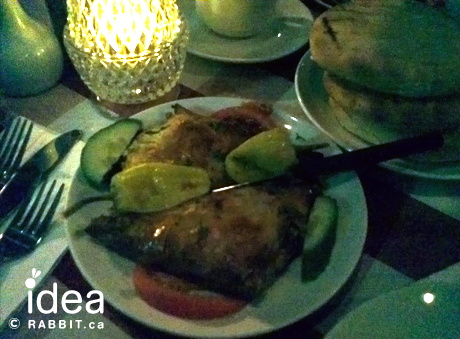 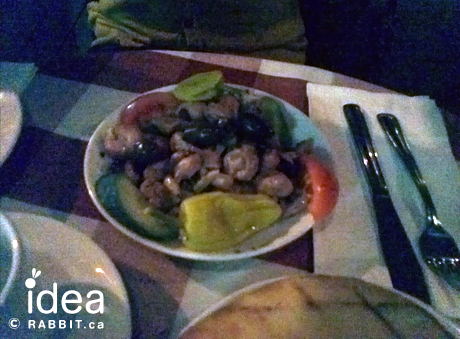 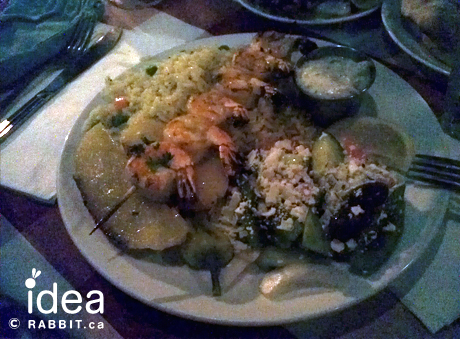 It was the first time to try out the Spanakopita, but it was really good! Super tasty. I’d definitely order it next time. The souvlakia, well it’s what I always order it cuz it’s just the best. The octopus for me is a bit too hard and rubbery for my liking. I didn’t mind having a few of them though.

The restaurant is very dimly lit, so it’s not a place to go and read a book in the evening. Again, because it’s always full house, the noise level can sometimes be very high for you to be able to concentrate on any kind of focused work. It’s a restaurant to go and enjoy the food and your company. It’s a definite must go!

For those of you that don’t want to line up and wait outside in the cold for 30 minutes, I suggest doing take out. If you live around the area, call and make the order. Then in about 15 minutes, the food will be ready to be picked up! You can eat in the comforts of your own home, and no tips to pay.

Over the years, I’ve found their quality, service and portions to go down, and their prices to go up…I’ve gone less and less to Stephos. 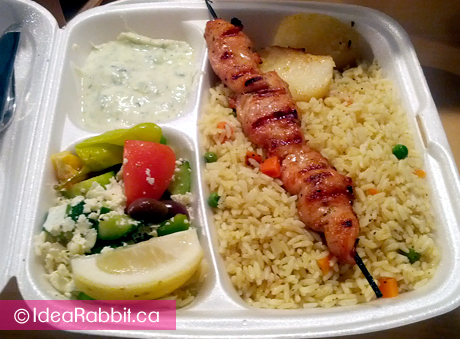 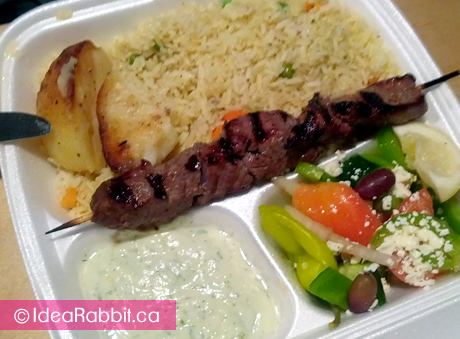 When I wanted Greek, I would take out from Stephos. It was close by, with great prices and good food. But I’ve been a bit wary since hearing the poor food inspection reports, and some people reporting seeing cockroaches.

I phoned in for take-out once again. When I arrived, there were no lineups outside on a Sunday evening. Odd… there used to be lineups all the time. There were a couple of people waiting on chairs inside, but that was it. The restaurant was still full house and busy though.

The man at the cashier was so rude. No smiles, no chatting, no eye contact just the total cost. I don’t really mind silence, but the vibe wasn’t good. I don’t even recall if he said thank you at the end cuz I was so put off. That was pretty much the last time I had a take-out from them…