A typical Taiwanese bubble tea restaurant. The interior was spacious and decor was nice. We had actually come all the way to try out the dessert place a few shops down, but they were closed, so we walked into Corner 23 instead. Service was extremely slow even though the restaurant was pretty much empty and there were more than necessary number of staff. The table next to us came later than us but their orders were taken as we twiddled our thumbs and waited more. I only wanted dessert, but they only had this Mango Cheesecake which was not a cake, but a pudding. I didn’t want that or anything else, so Sheepie had one of the bubble tea to go.

Ok, so I didn’t eat any of the food, but the service and attitude wasn’t all that great. They weren’t friendly or welcoming at all. I wouldn’t return unless my friends insisted. 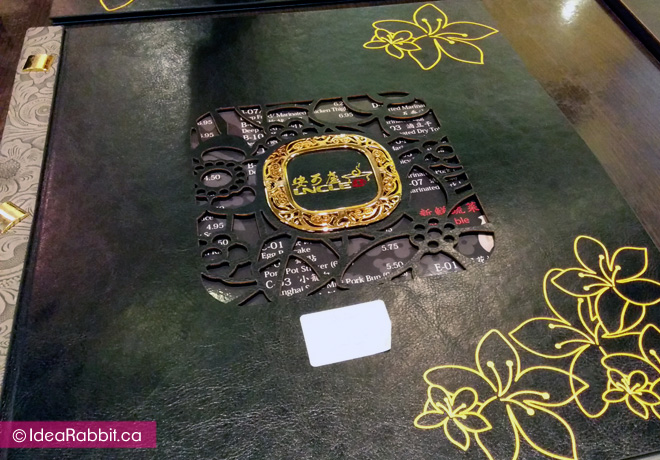 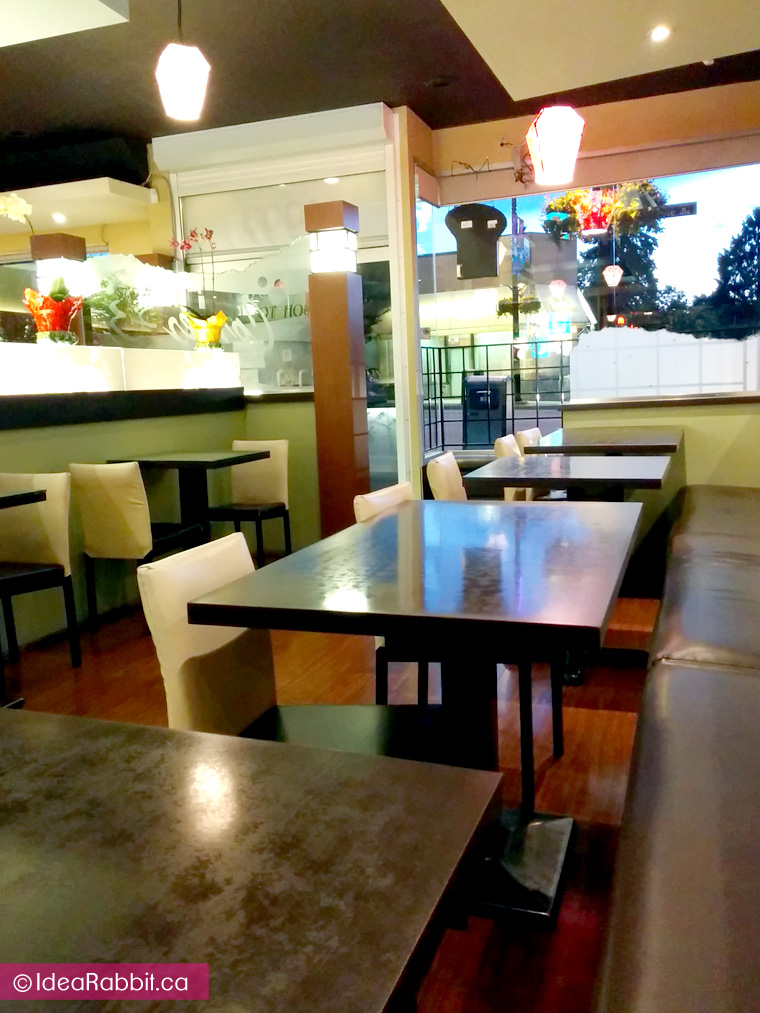 Sheepie and I wanted to go to Green Leaf Sushi, but when we arrived, we realized that it was Sunday, and they were closed on Sundays. Since we were in the area, we decided to go to the nearby Sake Maki. To our disappointment, it was also closed, but for renovations! So then, we decided to check out the next door restaurant called Strike since we had seen many people go in while we were dining last time at Sake Maki.

It was crowded and busy, but we were lucky to get a table right away.

First of all, as a designer, I must say that I don’t like their logo. There is too many tension in the logo…the kerning isn’t right, the use of vector shape isn’t properly done, use of stroke and width and the use of space. Sorry. I know it’s just a restaurant, but sometimes, the logo can say what the food quality can be like. 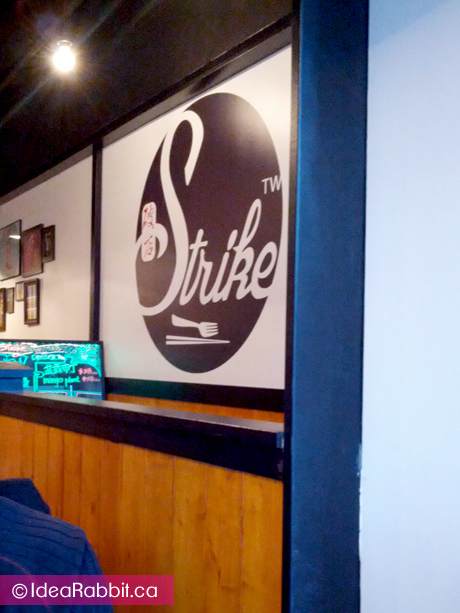 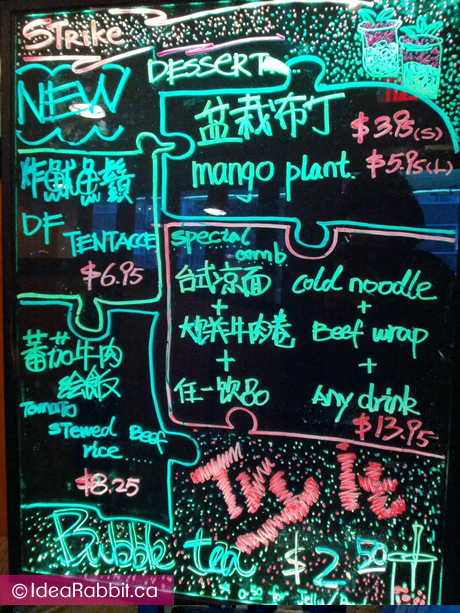 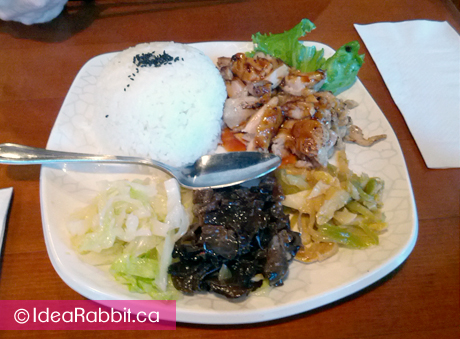 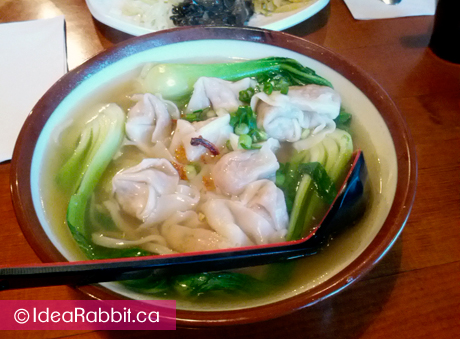 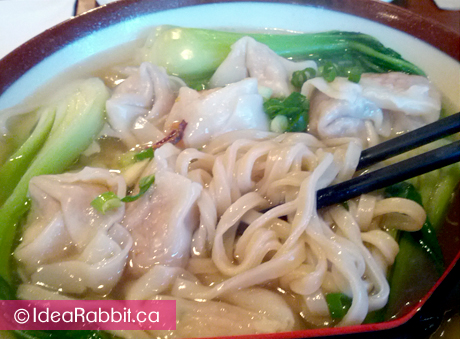 I ordered the Wonton Noodle Soup $7.50 and Sheepie had the Teriyaki Chicken Steak Rice Combo $8.75. My soup was very bland and there were fat chunks in the wontons  – blah…I don’t like fatty meat. Bad for you, and means they’re using cheap meat.

Service was mediocre. Nothing super bad to mention, but nothing great to mention either. I was disappointed in the food. Not sure if I ordered the wrong thing. I tried a bit of Sheepie’s dish, but it was meh, nothing special…it filled our stomachs but not our wish to come back.

I’m willing to go back if someone knows the restaurant well and they can recommend me some good dishes. Otherwise, there are tons of other restaurants out there waiting to be tried.

After dinner at Hakkaku Ramen, the 10 of us went to Wang’s Taiwan Beef Noodle House on Cambie – no, not for more noodles lol, but for dessert. It was suggested by one of us who was not surprisingly, Taiwanese.

It was a fairly large restaurant, and since it was already close to 10pm, there was only another table that was occupied. Though for a Friday night, it seemed empty for business… Upon reading some other reviews, it seems like this location was one of those places that businesses seem to fail and a new one makes it it’s home for a short period. 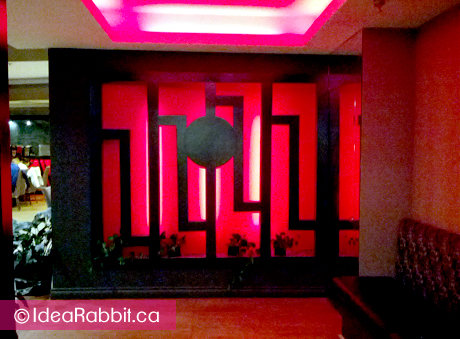 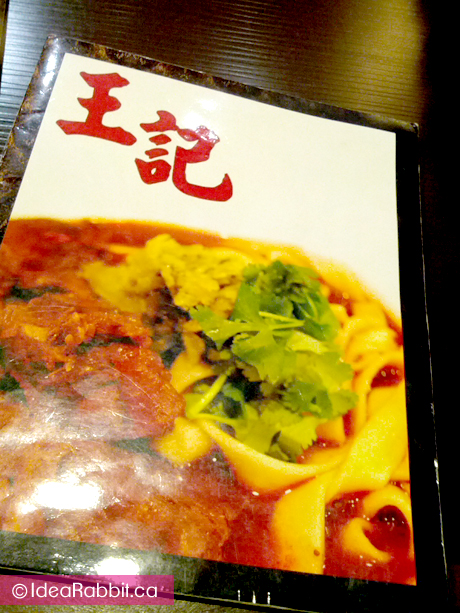 Wide selection of dishes in menu 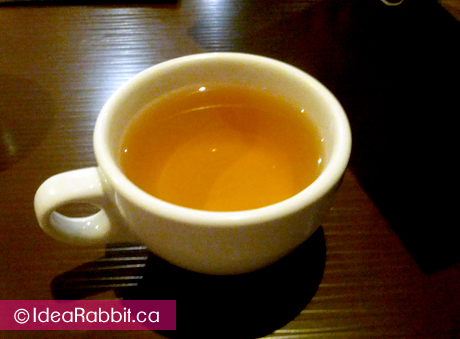 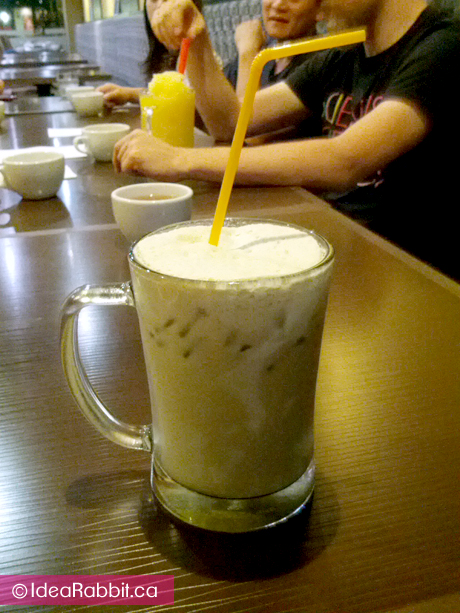 Despite the lack of customers, I thought the interior was decent with a nice red illuminated Chinese-looking entrance. The chairs were modern and comfortable, with good booth benches as well. The lighting was good and had a nice ambient feel.

We were all served some Jasmine tea, even though we came just for desserts. Some of us had desserts to eat, but most of us ordered some kind of bubble tea or slush. I ordered the Japanese Green tea $4.50 to share with Sheepie. I’m glad, cuz I was already pretty full, and wouldn’t have been able to drink such a huge glass!

The taste was ok. Nothing spectacular or anything. Service was alright. I don’t recall it being super friendly or her being happy or anything, but nothing to complain about.
I will have to come back for actual dishes, especially noodles! to complete my assessment of the restaurant