I and my friend went to check out the Vancouver Fashion Week. Although we didn’t quite agree on which ones we liked, there were quite a number of interesting fashion for sure. 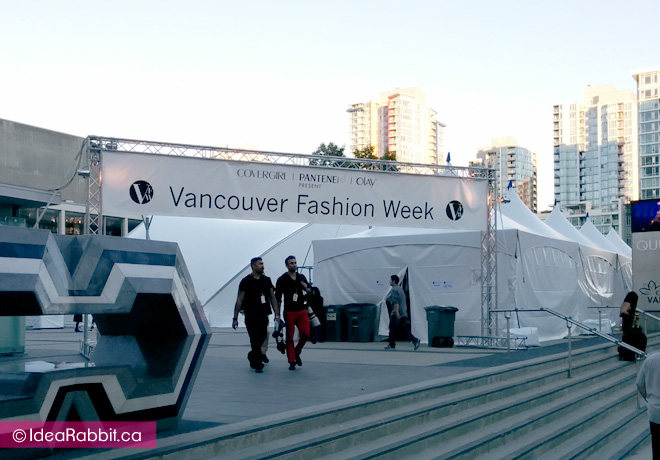 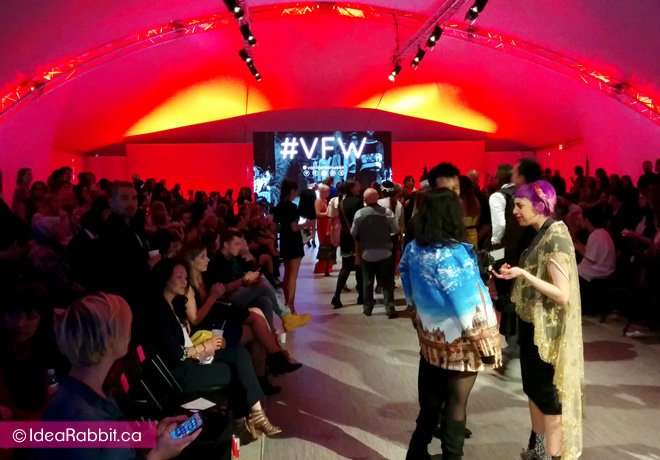 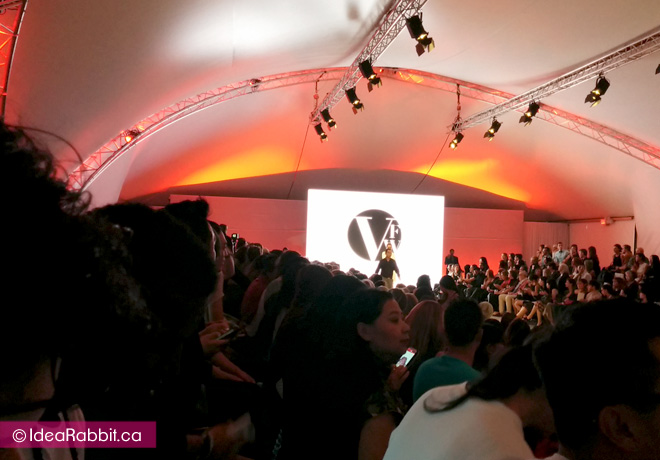 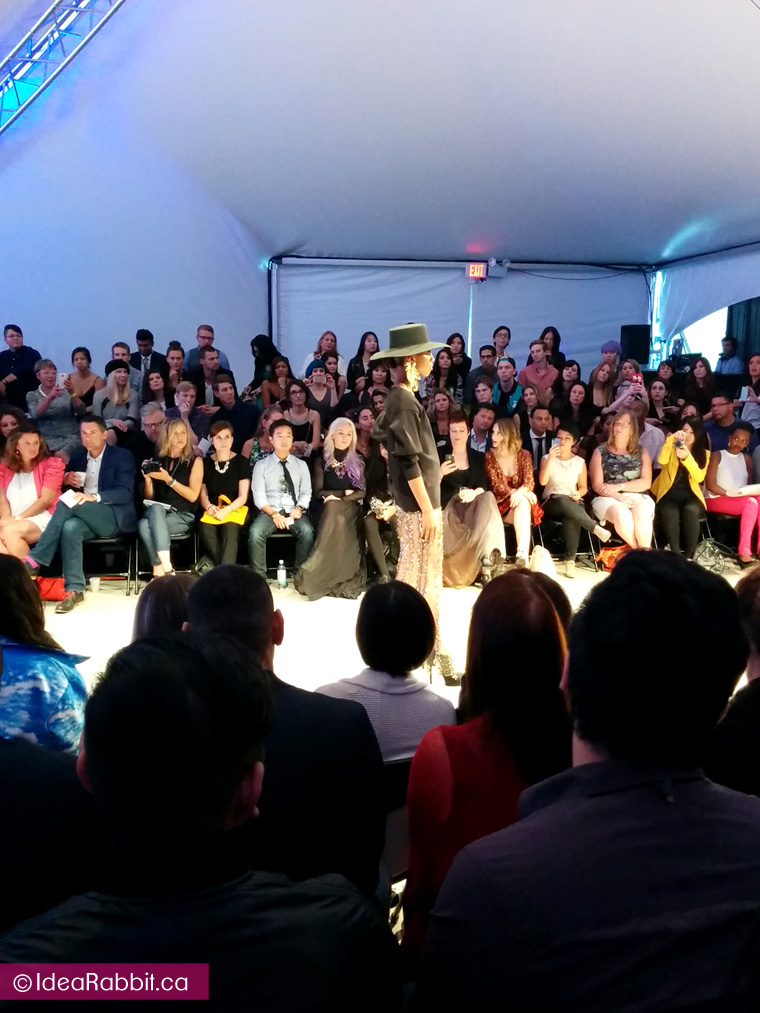 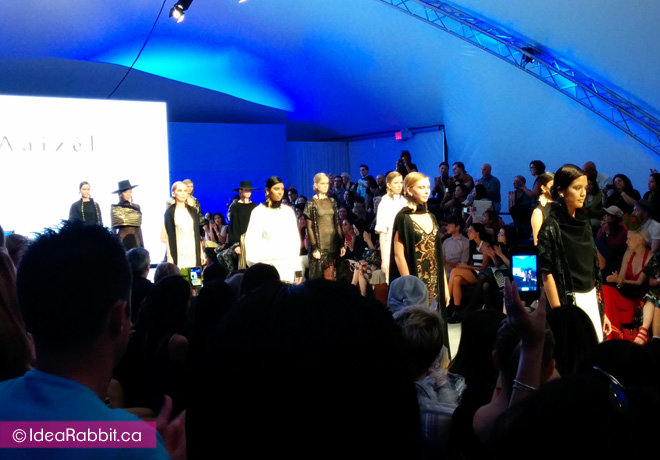 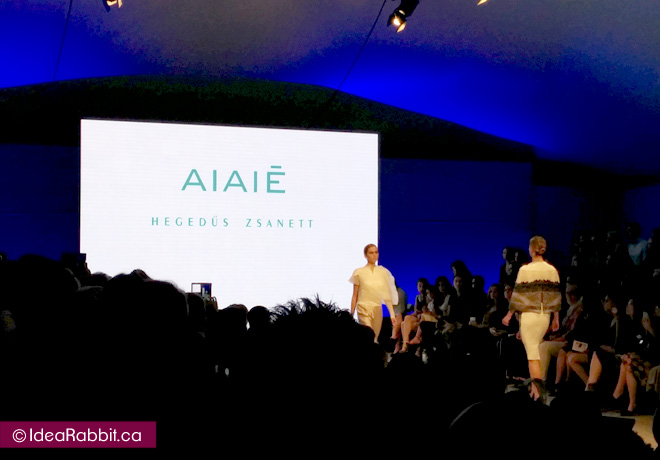 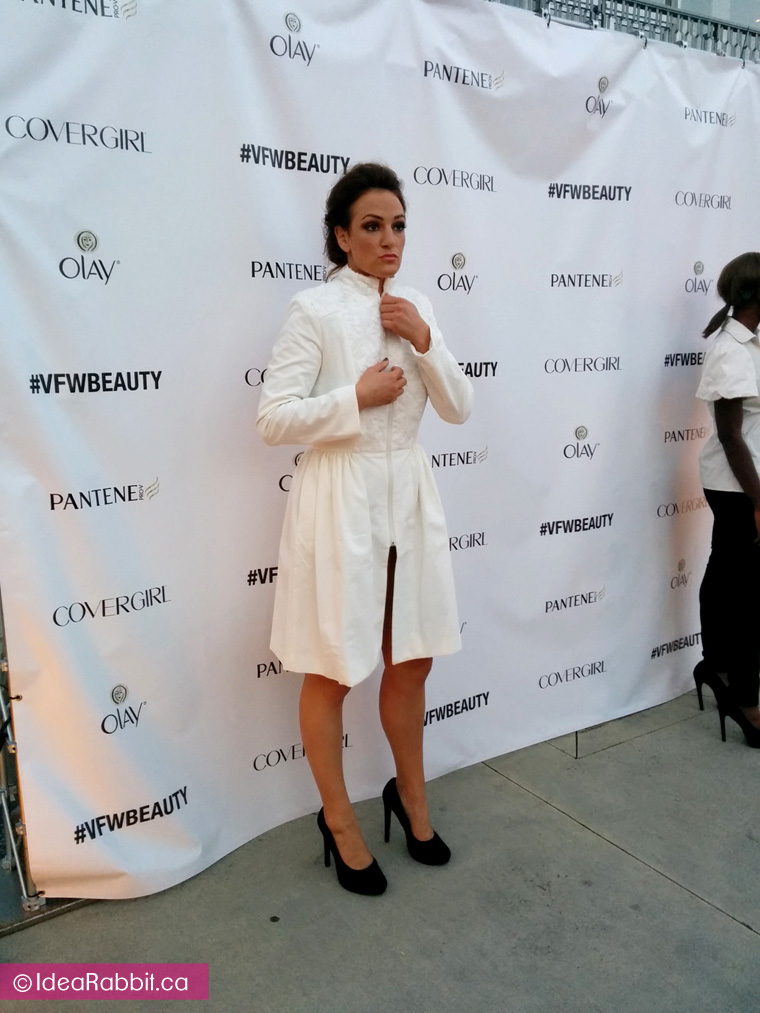 The MC for the event

This event comes around to different cities across Canada. They were here a few months ago in Vancouver at the Empire Landmark Hotel in downtown. They carry new brand clothing and accessories for both women and men at a discount. Some popular brands they sell are:
•    Coach Bags
•    Diesel
•    Gucci
•    Marc Jacobs
•    Michael Kors
•    Prada
•    Uggs 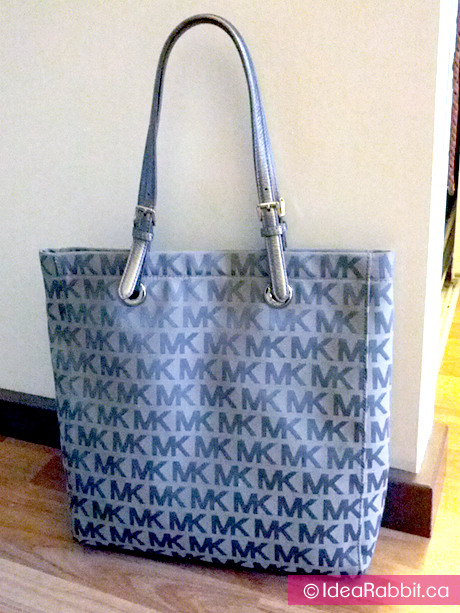 I saw their ad in the newspaper which was also a coupon for 10% off if you pay in cash. I got Michael Kors totebag originally priced at $240, and discounted to $179.99 + 10% off.
It has side pockets on both sides inside making it very convenient to put small items like lipstick, tickets and keys in a totebag. Next time they’re in town, check them out!

Tues 25th 11AM-MIDNIGHT
Wed 26th 11AM-MIDNIGHT
Thurs 27th 11AM-10PM
Fri 28th 11AM-8PM
Location:
2625 East 49th Avenue | Vancouver, BC | V5S 1KJ9
Tel: 604-435-3931
www.drrandhawa.ca
Hours:
Monday: 11:00-7:00
Tuesday: 9:00-5:00
Wednesday: 9:00-5:00
Thursday: 11:00-7:00
Friday: 9:00-5:00
Saturday: 9:00-5:00
As a full-time graphic designer, it’s nice to have places that are open after normal business hours and on Saturdays. Unfortunately, also because I’m a graphic designer, and spend most of the day in front of a computer, my eyes tend to deteriorate quicker.
Originally, I was looking for an optometry that offered Orthokeratology which is a non-surgical alternative to lasik surgery. I was getting tired of wearing glasses, and contacts were often irritating since I suffered from dry eyes. I came upon two optometry and sent both of them an email. The other one Mt. Pleasant Optometry was kind in replying in full detail for my questions which I really appreciated. I thought about going there, but it seemed that their schedule was going to conflict with my work. So even though they answered a lot of my questions and were closer to where I lived (in fact drove by it to and from work), I chose to go with Vision Source instead.
The main reason was that I was interested in their free glasses (complete with lens and frame) when you do a full eye exam for $85. I had asked the receptionist on the phone when I made the appointment if the $85 was for a FULL eye exam and she said yes. When I did the exam, it was not the full test that I had done at several other optometry. There wasn’t the colour-blind test, or the pressure test, or those drops that dilated your pupils so much you had to wear sunglasses for the rest of the day. However, I had done one of those complete one last year, so I thought it was ok.
I asked the girl that Dr. Randhawa had assigned to me to help find a pair of glasses for me. I asked what kind of glasses would go well with my facial type/features and she said we can just try them on to see. She suggested ones that totally didn’t look good on me, and she agreed. I went straight to ones that I felt would suite me, and they did. I ended up getting the ones that I knew from the very start – as soon as I saw the rack that those would probably be the ones.Since my prescriptions were high, Dr. Randhawa suggested I get the thinner lens which would cost $48. So $85+$48 would come to a total of $133.
Considering other places charged $120:
IRIS – where I had it the year before
Mt. Pleasant Optometry- stated in their email
Lenscrafters – don’t remember how much their’s was, but I always ended up buying glasses from them which were $300-$400
So I thought it was still cheaper than anywhere else. (although ClearlyContacts is pretty cheap…it just sucks that you can’t try them on to see how it looks on you)
The girl was suppose to measure something for my eye, but she didn’t seem to know how to work the machine. So the receptionist took over. The machine wasn’t turned on…though I don’t know how she got the measurements the first time. I wondered if my glasses were going to be ok. Is this what you get when you pay less? However, Dr. Randhawa did take the time to tell me some tips on how to keep my eyes from getting worse, or how to deal with my dry eyes, so I thought that was very helpful.
The glasses at Vision Source was going to take a week, but I wasn’t in a rush, so that was ok.  When I go to pick them up, I will consult with Dr. Randhawa about Orthokeratology, so stay tuned for the update!

See my next visit to Vision Source here when I pick up the free glasses!