A low-key, relaxing restaurant with German decor. The server wasn’t all that friendly, though I guess it was alright service.
We both ordered the Jäger Snitzel $15 and soda pop $2.50. The dish includes 2 sides. I ordered red cabbages and potato salads. (potato pancakes are extra $2 and sausages are $3). Just a little note about the price. On the website, it says the dish is for $18, while on the menu it’s $16, but our receipt says $15. 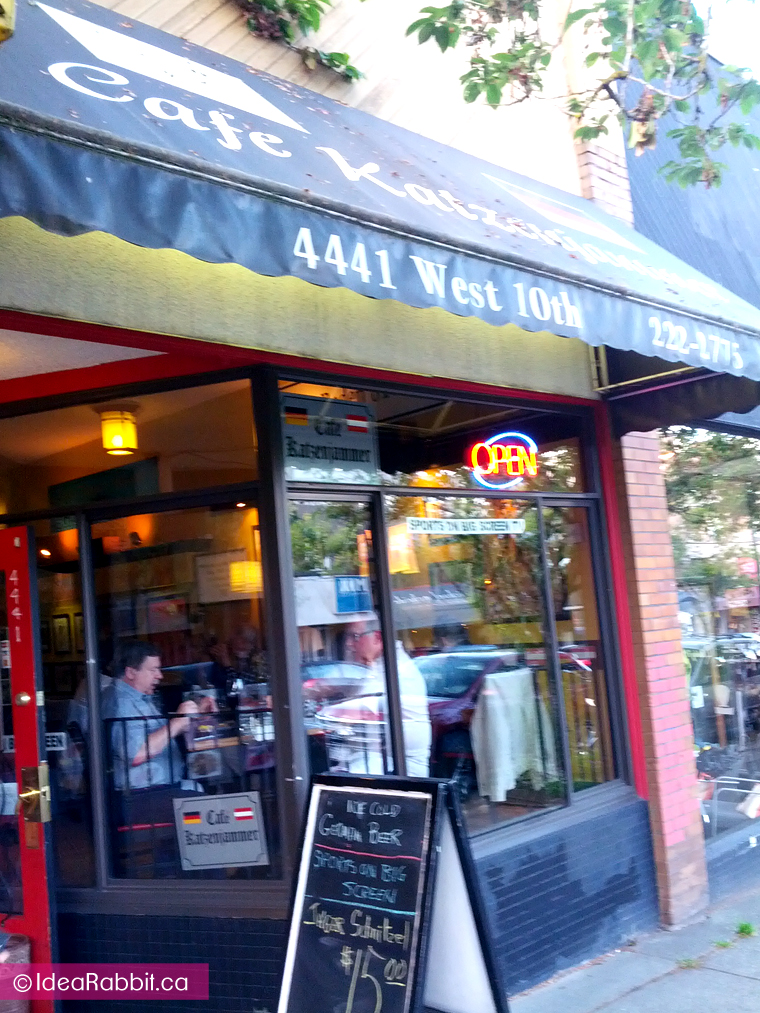 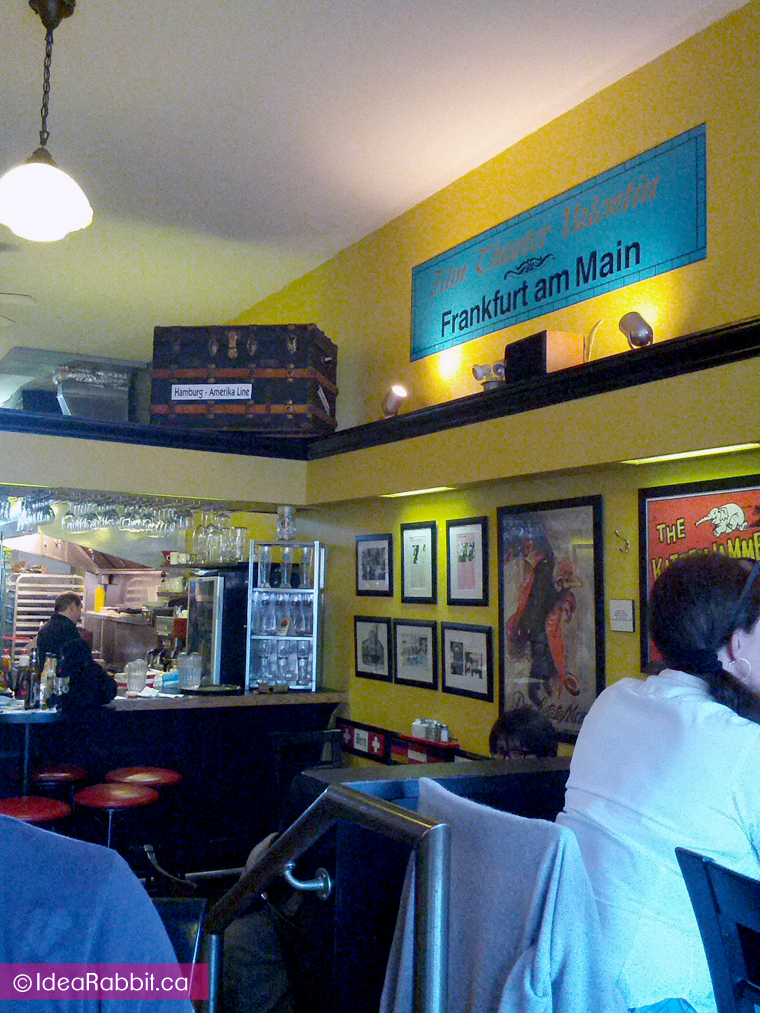 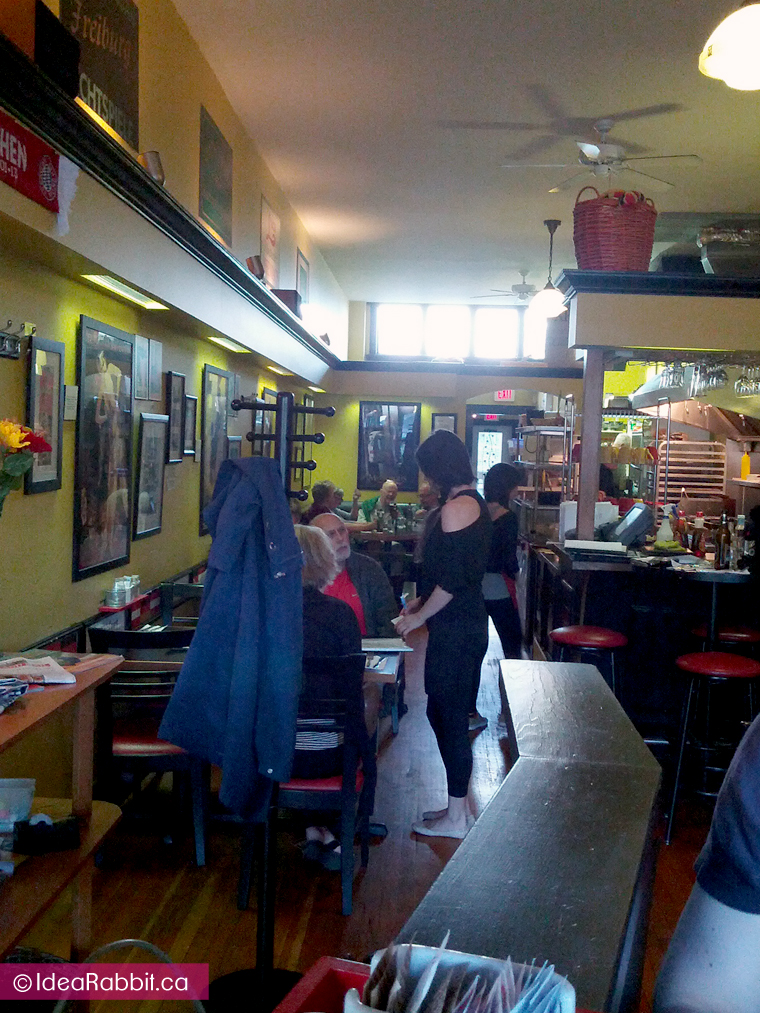 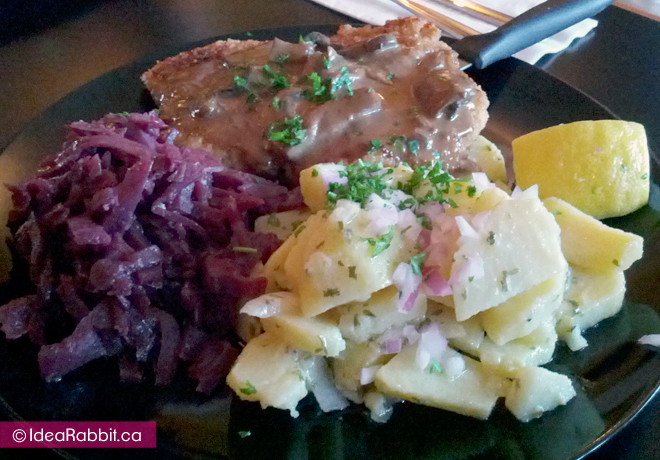 Sheepie requested the Snitzel to be unbreaded, while I kept it the way they regularly serve as breaded. The Snitzel was quite thick, and quite chewy, not flattened and thin like they are in Germany. The cold potato salad was very good. Sheepie had gravy with his Snitzel, but there wasn’t much sauce. He complained that the Snitzel should be drowning in sauce. I also recall seeing that Snitzel dishes in Germany were as he described. However, the portion was quite large and we were quite stuffed after the dish.

Overall, I thought the dinner was pretty good. From Sheepie’s point of view, it may not be even be a ‘good’ German restaurant, however if we wanted some German once in a while, we would have Katzenjammer to go to now. 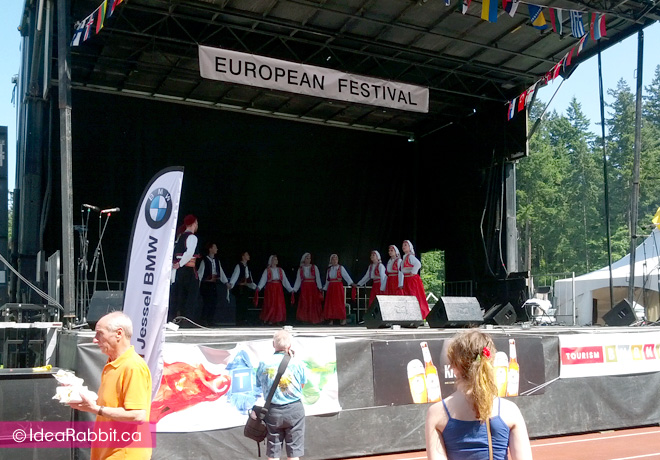 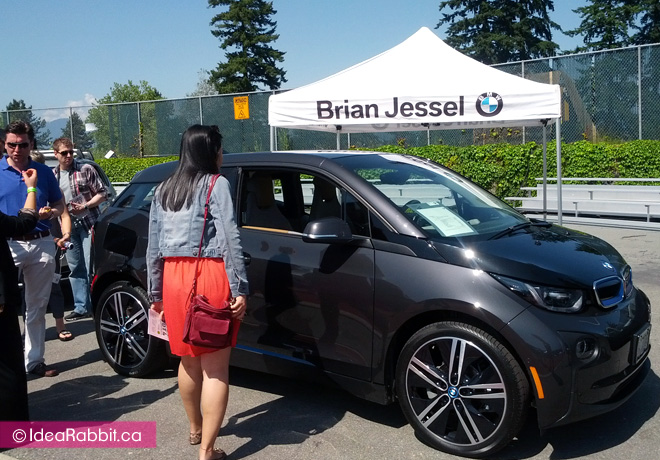 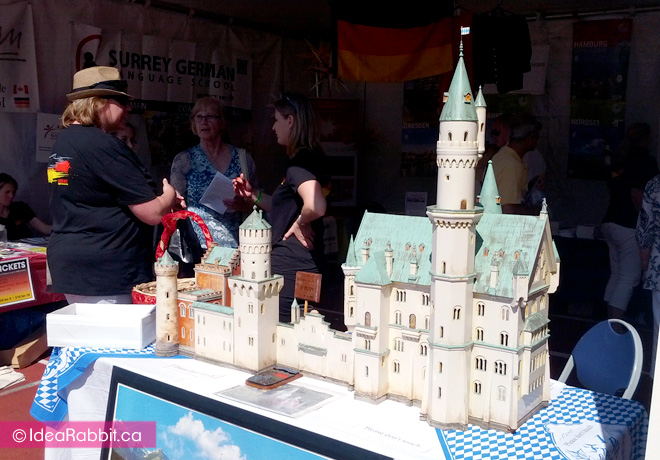 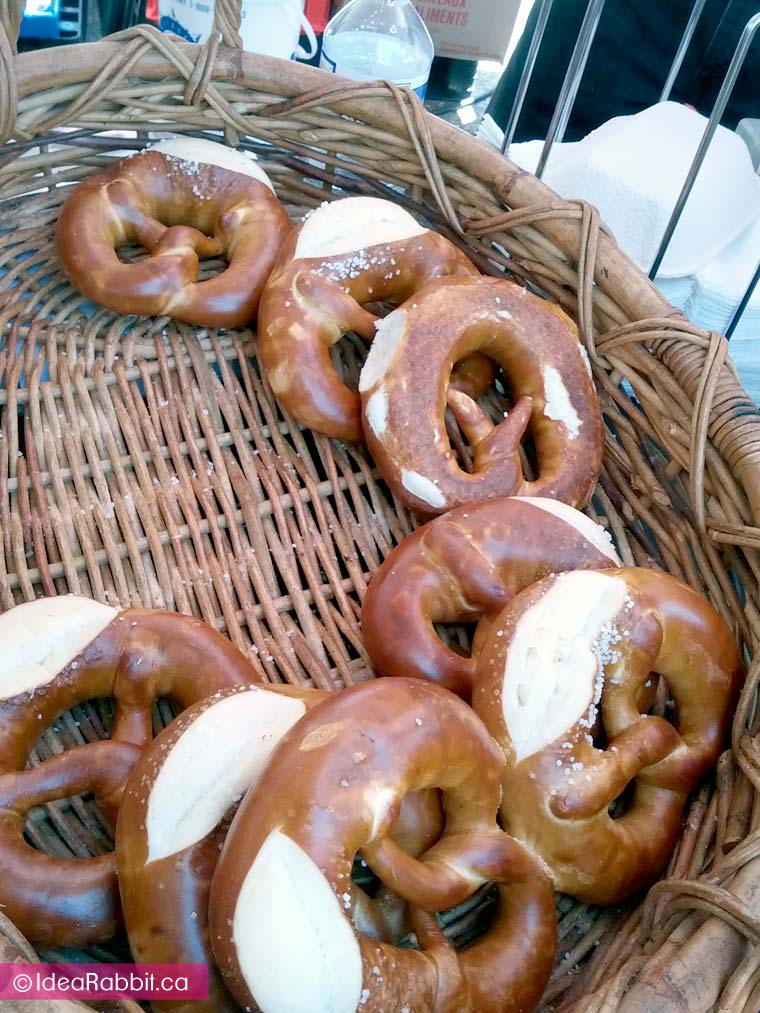 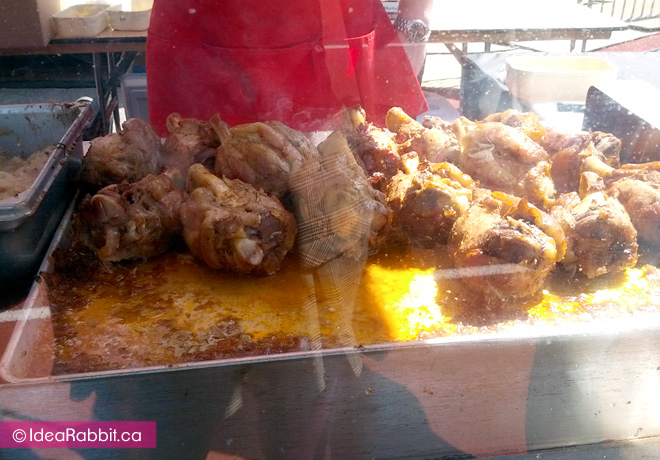 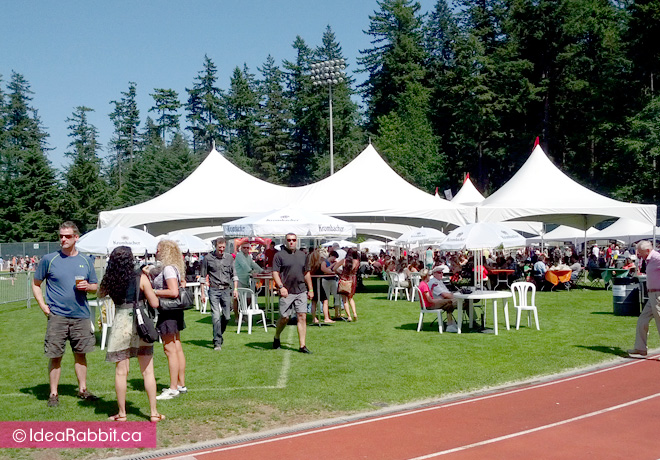 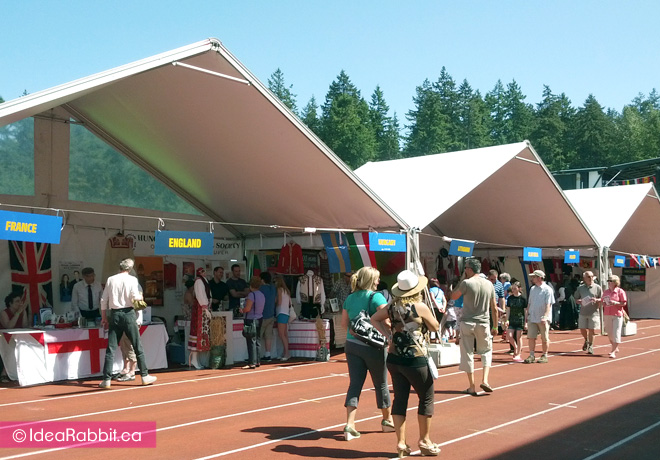 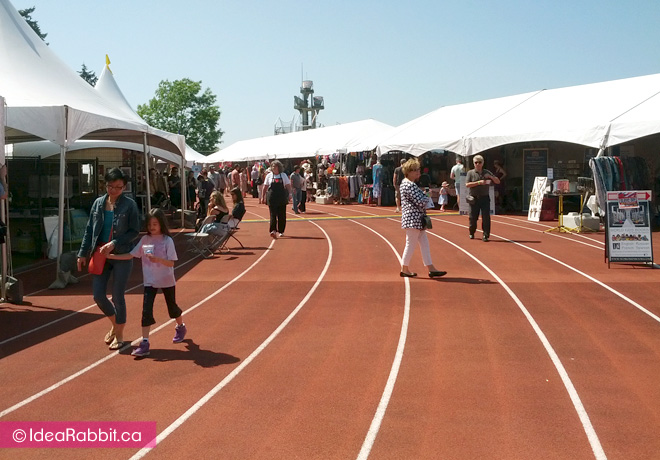 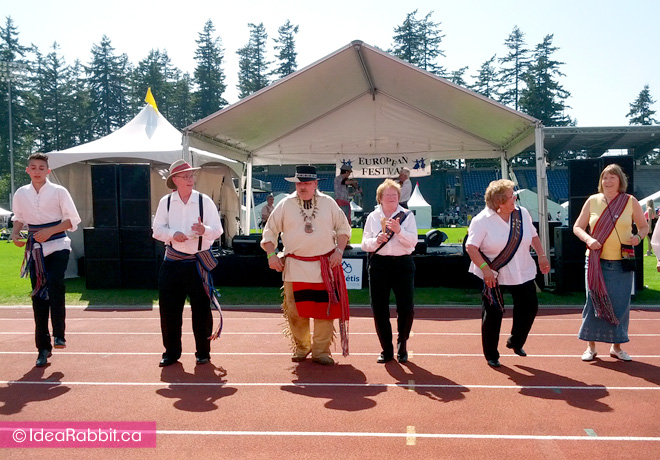 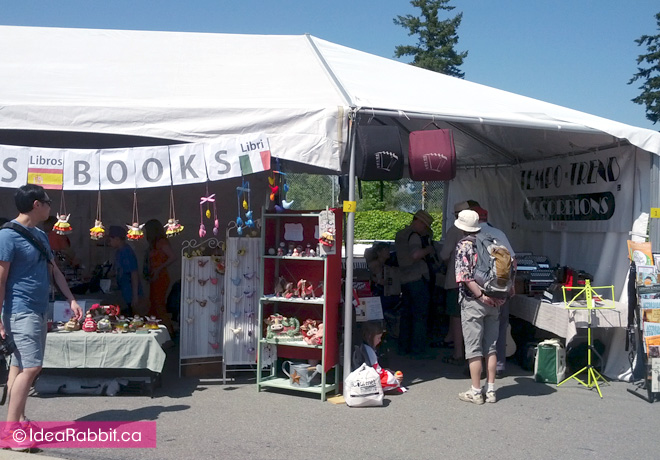 It was a nice warm day during a winter season, and we were out for a walk. Sheepie and I wanted to grab a bite, and happen to walk by a sandwich board (yes! again! they DO work! lol) advertising their German sausages. So we thought we’d try it out. It’s a very small deli-cafe shop. There is some tables and chairs and seats by the counter against the window. 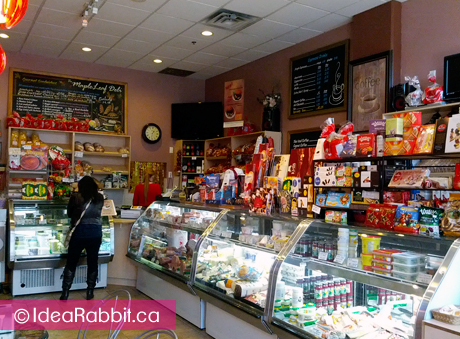 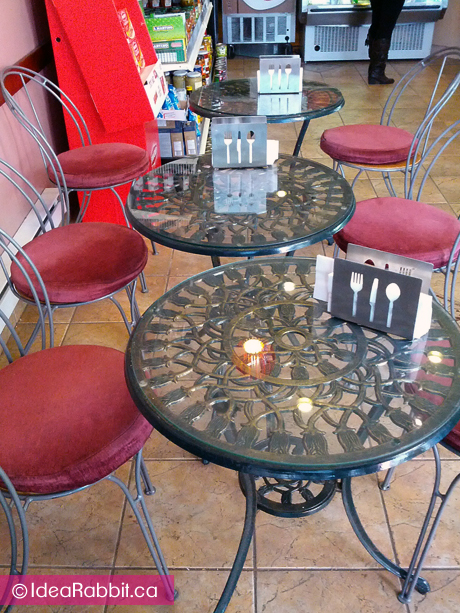 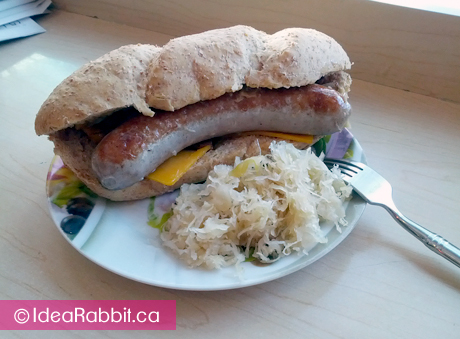 We ordered the German sausage $7. We were a bit tight on time, so waiting for the food to come out seemed to take forever. So if you’re in hurry, this isn’t the McDonald’s ready in under 75 second rule.

It came in between a bun with sauerkraut on the side. Sheepie was not happy with the sauerkraut being cold, but I didn’t mind. I ate them cold when I usually by them at supermarkets…lol…so it didn’t bother me at all. The sausage was good and filling, though $7 seemed a bit overpriced. But then again, Japadogs are also priced the same…which I also think is overpriced and overrated.

Service was good, and the guy making it in the back did come out and ask us if it was alright.

They have a lot of European goods, so if you’re on the hunt for those kind of items, this might be the shop to check out.