This Guu is hidden on the third floor above Gyu-Kaku. At the top, half of the restaurant is inside, but seems spacious with the glass walls, and the other half outside on the patio in the summer.

Like many other Guu, this one is also always full, and can be noisy, but at least there are more space to breath. The interior is nice, with one side looking like a traditional Japanese restaurant. There’s great detail into the decor and placement.

We arrived around 15 minutes to 8pm, and were told that they were full and could not seat us at the tables which were all reserved for 8pm. So we said that we’d come back another time. As we went down the stairs disappointed, we heard the server come after us to tell us that a table was getting ready to leave. We were delighted that she actually came out to get us like that.

We got to sit right by the window by the little Japanese garden. Very picturesque. All the staff were Japanese and the guy serving us sometimes had a hard time catching what we were saying in English. He was also a bit hard to hear too.

I was hungry, after a long day at work, but my company had already had sushi with a co-worker just before, so he wasn’t that hungry. We ordered 3 dishes.

My company ordered a glass of diet coke. He wasn’t too happy that it was so full of ice. The next time he came, he complained and asked for less ice and more cola. He was hoping to make it sound like he should deserve compensation – like complimentary seconds, but when the bill came later, he was charged for 2 glass – $1.50 each. 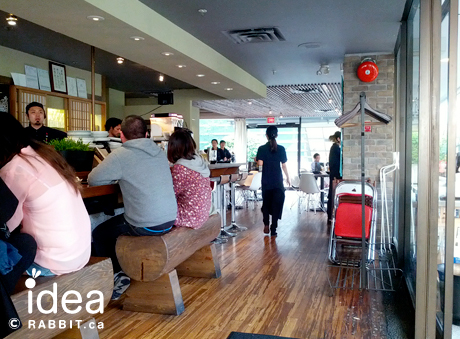 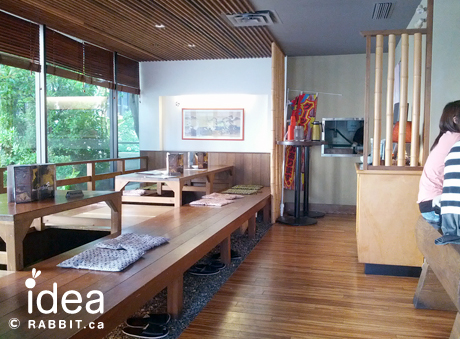 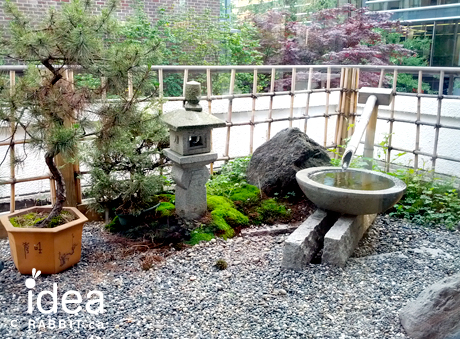 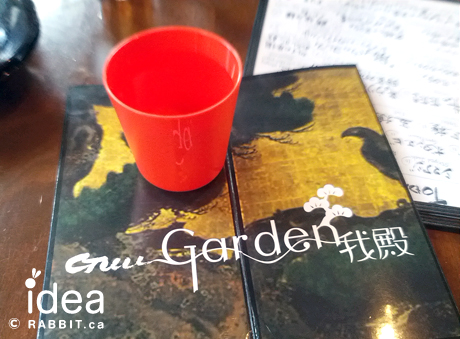 My water came in a red plastic kid cup. It reminded me of when I was a kid and use to have these kind of cups for brushing my teeth and gargling…to me, this cup said ‘cup that sits by the sink in the bathroom’, so it wasn’t a pleasant reminder. I barely drank any water from it. The cups at the table next to us also had red plastic cups, so it wasn’t just me, or as if they ran out of glass cups. Terrible! 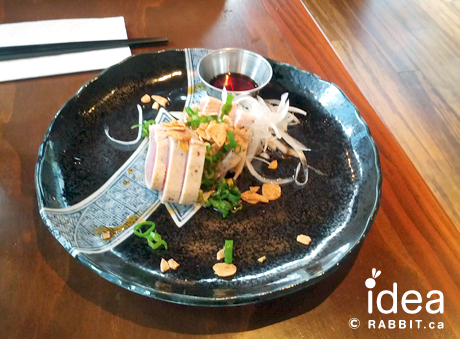 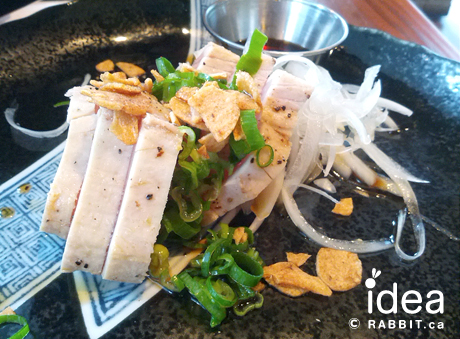 The first to come was the tuna tataki $7.80. I’ve been trying this dish almost every good Japanese restaurant and haven’t encountered this slight disappointment. It was really REALLY puny. The taste was alright, with fried garlic, negi (green onions) sprinkled on top. However, I was expecting bigger slices where the tuna melted in your mouth. I wasn’t impressed – neither with the price. 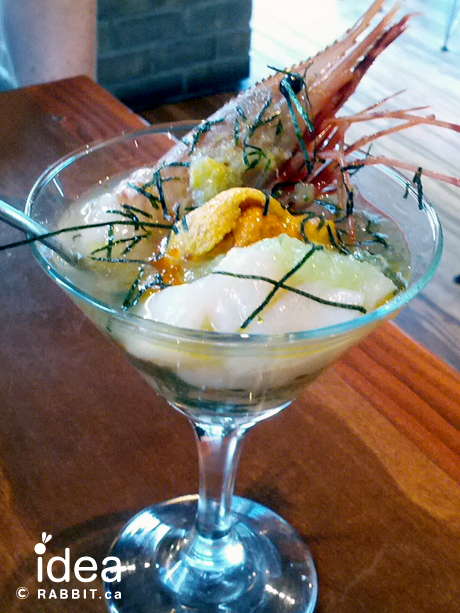 My company ordered prawn and scallop cocktail $7.20. It came in a martini glass filled with gelatin. He didn’t like it and neither did I. Yuck. Had to pretty much force ourselves to eat it. 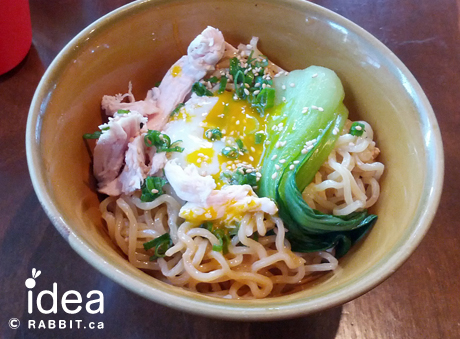 Lastly, the chicken tan tan men $7.50 came. It had no soup, except for a bit of sauce sitting at the bottom of the bowl. The noodle being cold was unexpected, though there are cold noodles in Japan, I just wasn’t expecting this one to be. It wasn’t wow or anything.

Everything was had small portions, so be prepared to order 3-4 dishes each! I’ve read about the good bento during lunch time…maybe we’ll try that next time, but so far, it’s on the never going back list…