A fairly large group of almost 15 people went to try out this restaurant on the second floor on Robson street. The interior was ghetto with ventilation corridors above each table for the grills on the table. None of us ordered anything to grill, so they weren’t used. We all sat, split between two tables at the very back of the restaurant. I unfortunately had the seat that was directly in the way of a really cold draft. This was poorly designed layout. I froze most of the time there and left with a headache and feverish feeling. Argh.

The restaurant was mostly bare. There were some customers, but since it was a long spacious restaurant, it felt as if we were the only ones there. 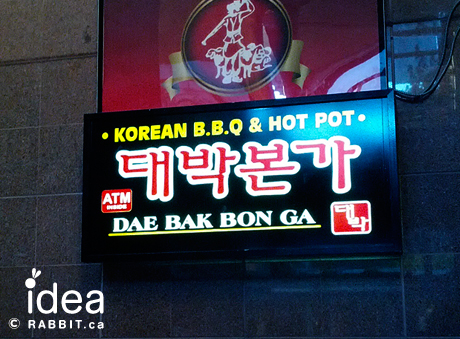 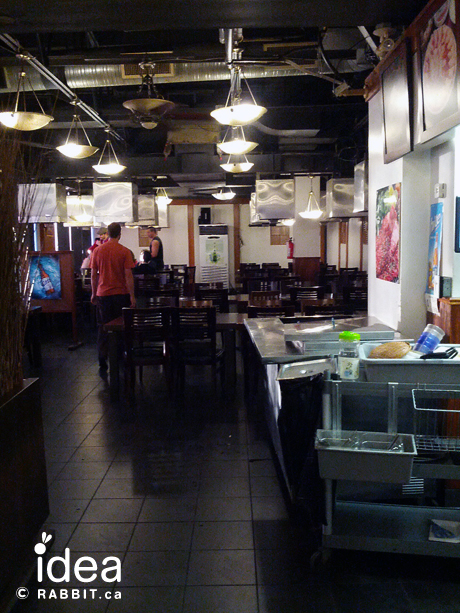 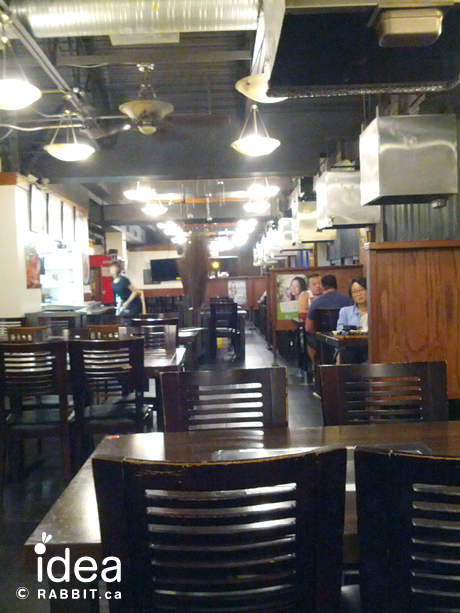 4 types of banchan came. I was happy to see that the unlimited supply of banchan were complimentary (after my experience in Hanok, Germany where it wasn’t free) I love banchan – kimichi, potatoes (my favourite!), bean sprouts, and green seaweed. 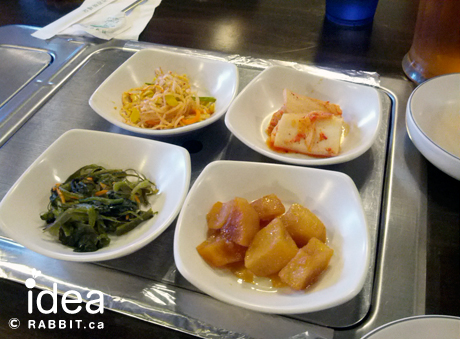 I ordered the Chicken Dolsot Bibimbap $9.95. The server took down each of our orders on a notepad, but had trouble remembering who ordered what. He kept looking at the note as if it was a complicated diagram or map and took a while before people got their dishes. 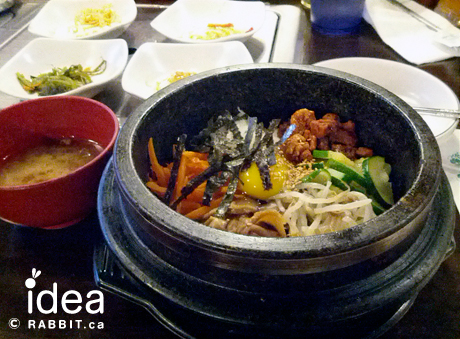 Even with the large group of people waiting for their food, other servers only aided our one server by bringing a cart, or dishes to him take over. If they had walked all the way from the kitchen to our table – which was quite far, why not give the hot plates to the customers? Instead, they left the dishes on the cart for him to sort out while he took more orders. Sure, they were in the hot stone bowls, so they weren’t likely going to cool down that much, but we wanted our food!

The bibimbap came with miso soup which was ok. Not Japanese, but still good. I didn’t really like the plastic cups for water. It just feels so cheap. If we’re paying $10 for a dish plus tip, I’d like to drink out of an actual glass. The bibimbap was standard and good. No complaints.

I was left with a not-so-great service impression. Food was good. Did not enjoy the cold draft blowing my hair like crazy. I had a headache by the time I left.