My friend suggested this place after a game of bowling at Holdom. I left the orders up to her and another friend.

Our male server was expressionless and was super rude. My friend who wanted to come here looked offended. Midway through, it changed to a girl who was much better. 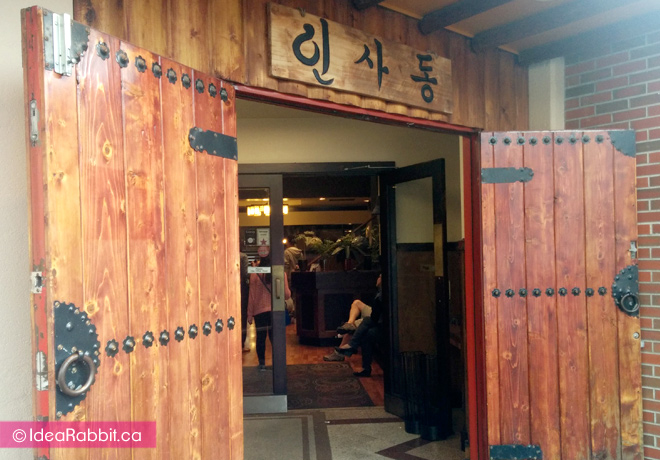 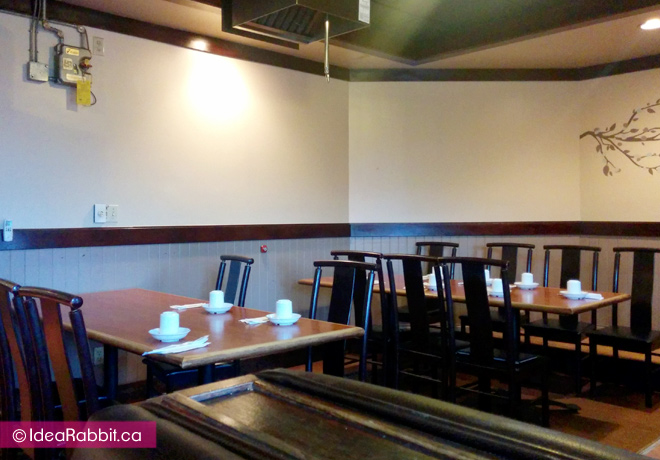 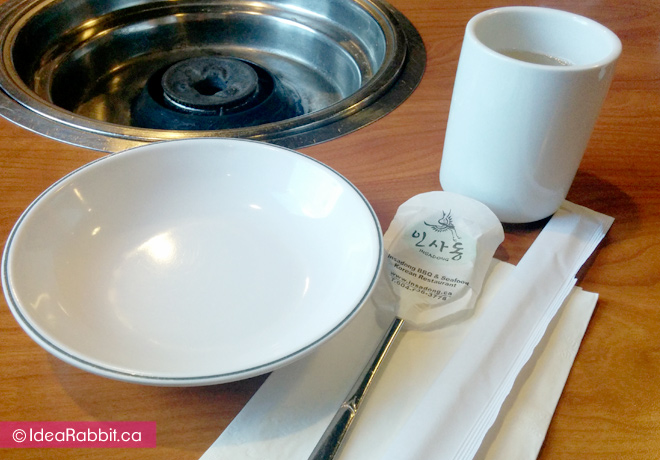 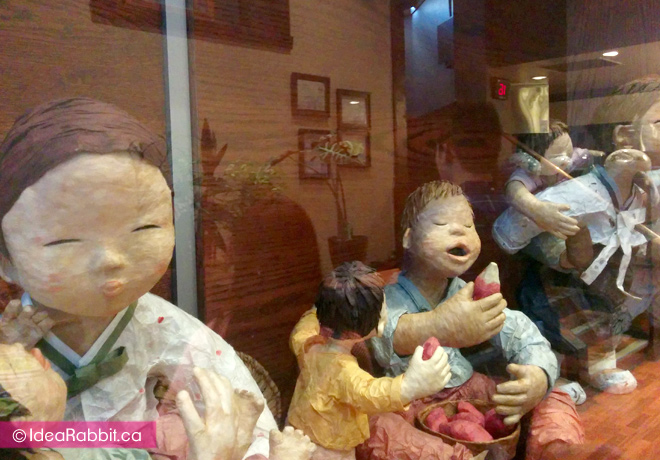 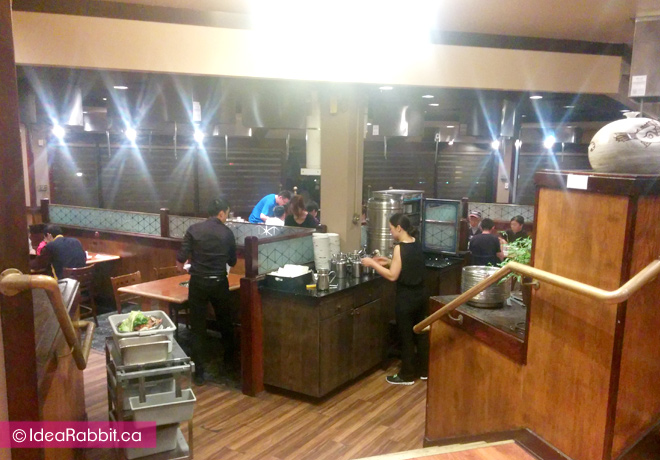 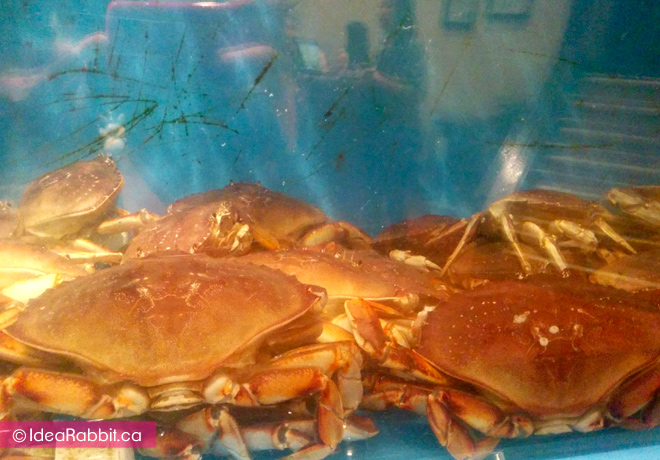 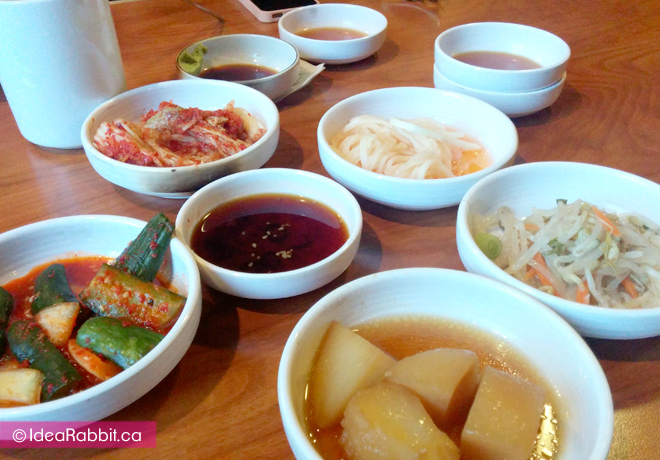 There were many ban-chan to eat from. 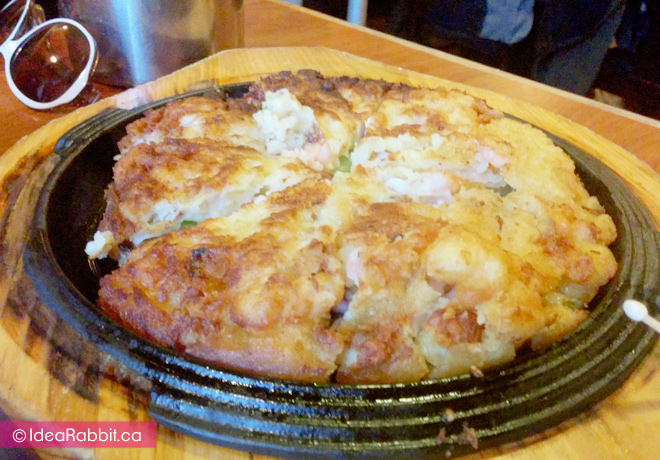 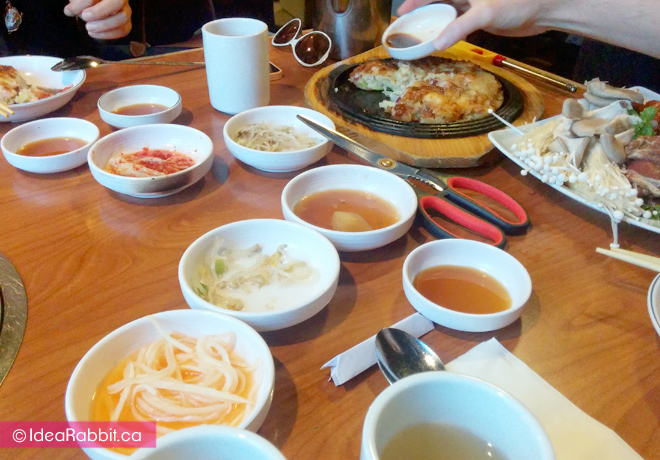 Seafood pancake $12.99 It was alright. Fluffy but a bit bland, even with all the sauce poured onto it. 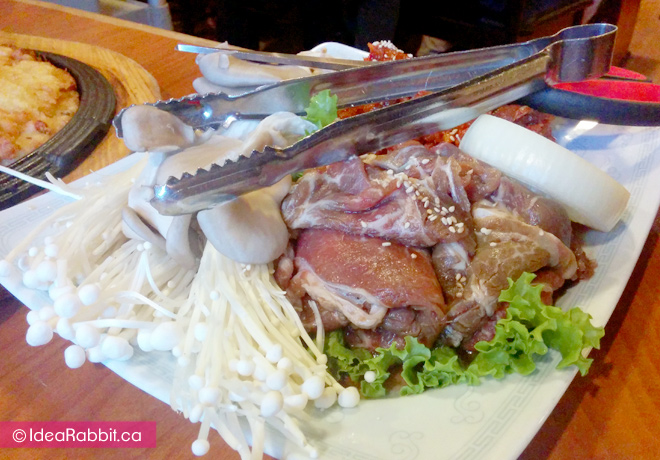 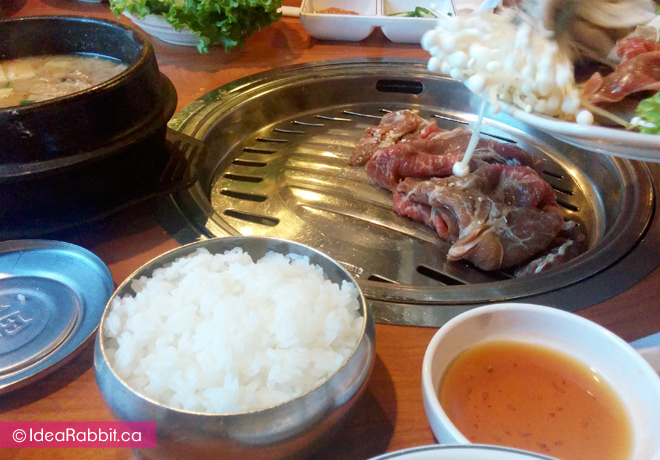 Marinated Sliced Rib-Eye. These were grilled first along with mushroom. These were pretty good. Most of the meat stayed in tack and it went well wrapped in the leafy greens.

Spicy Pork Bulgogi $14.99 The meat from this pile were all crumbly and small, making it a bit difficult to grill and pick up. There was one thick slice of onions for all 6 of us to share. 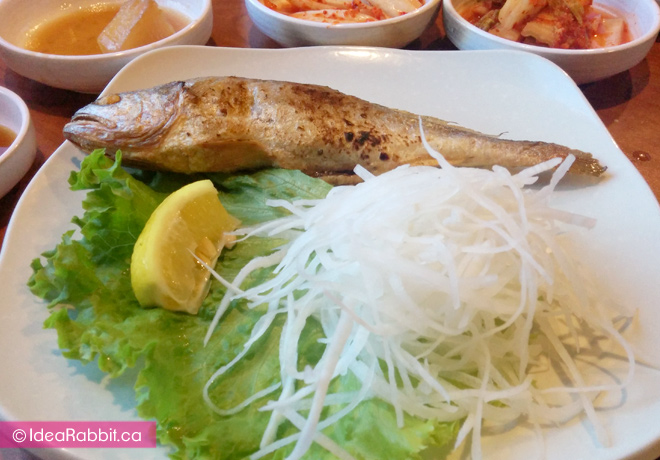 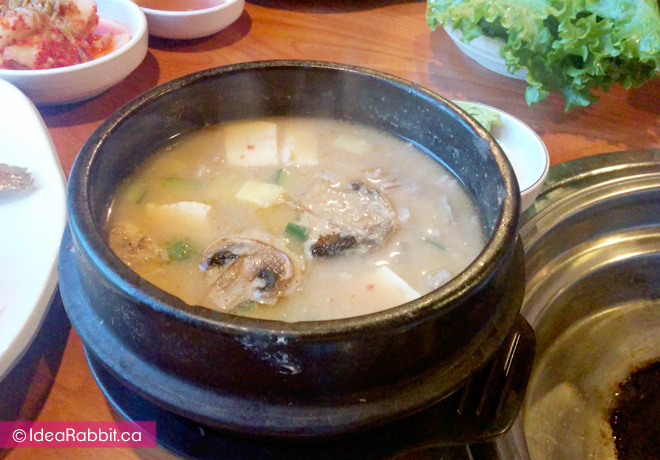 The soup was not really my favourite. It did remind of miso soup, but somehow, I didn’t really like the taste. Was it too watered down? It seemed like a leftover for some reason.

The woman at the cashier was much more pleasant as we paid our way out. 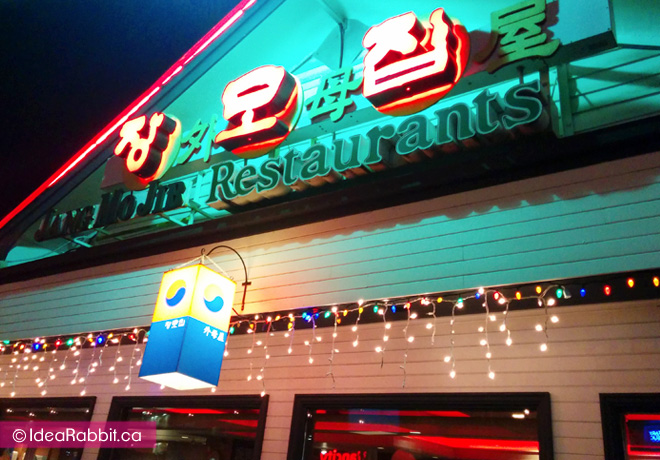 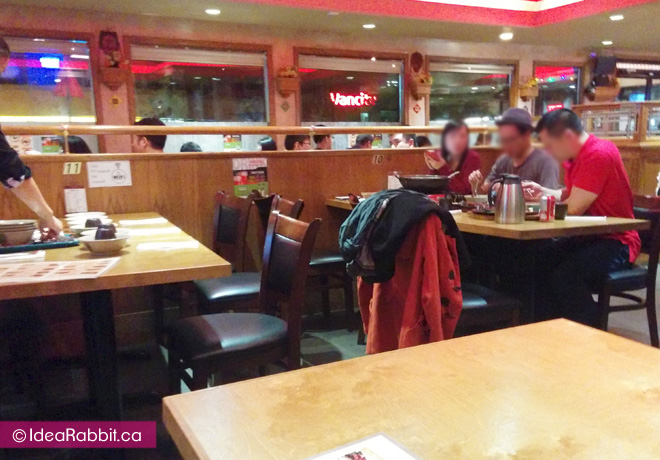 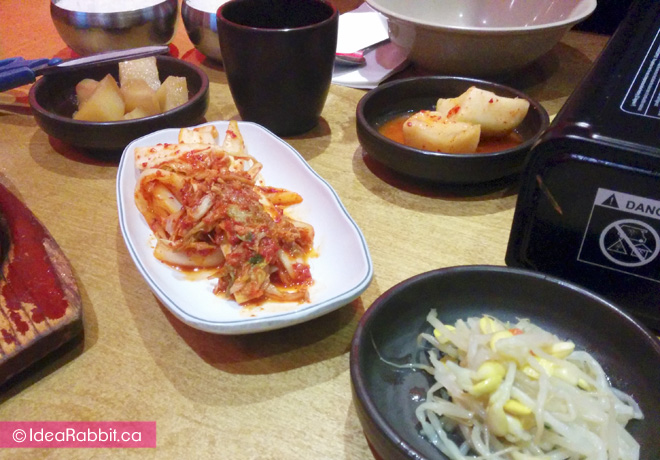 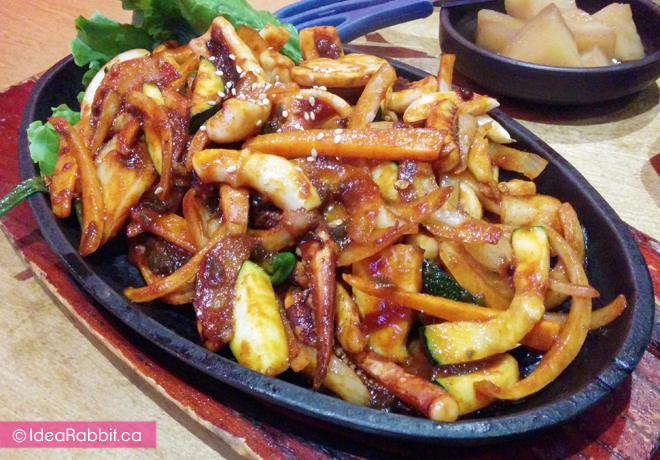 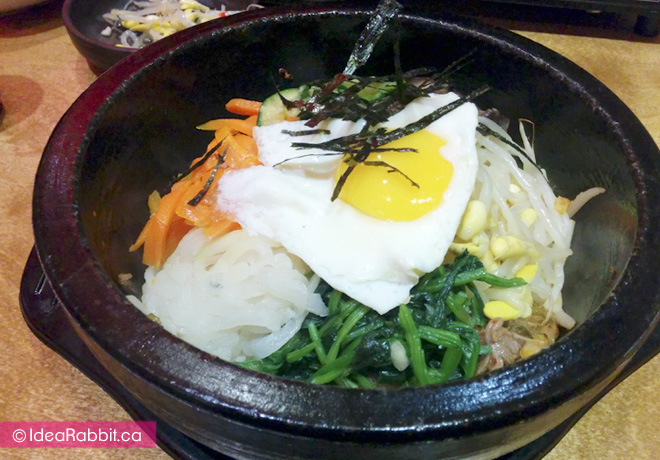 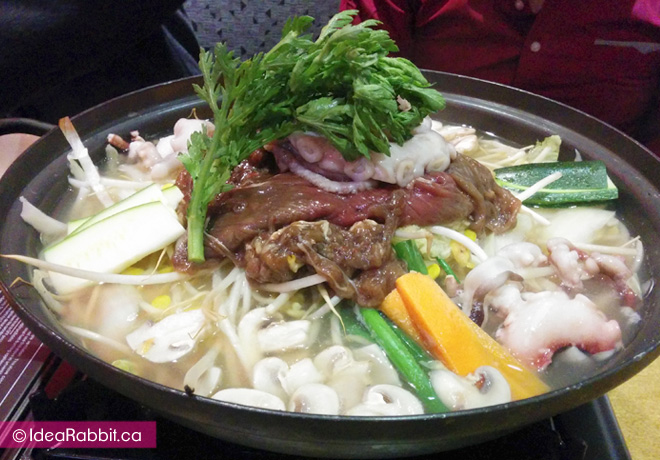 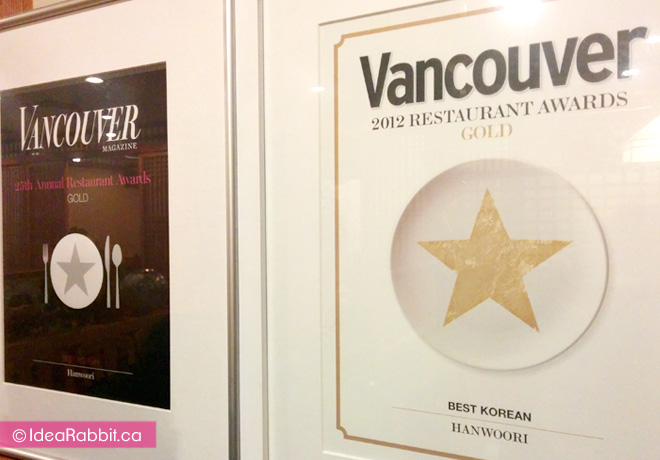 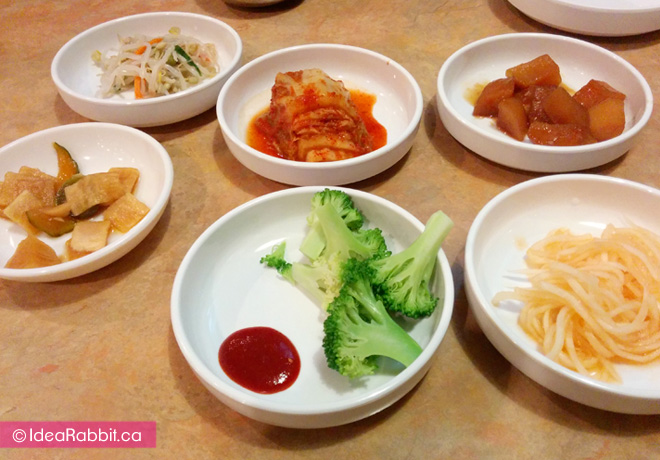