We happened to be in Maple Ridge, and wanted to grab a bite for lunch. It was around 1pm, and saw Sushiro. The interior was actually pretty decent and was about half full. The prices seemed similar to what you’d find in the Vancouver/Burnaby area. 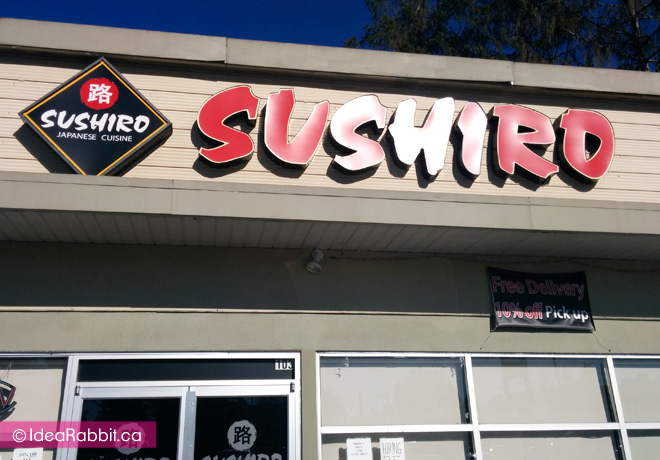 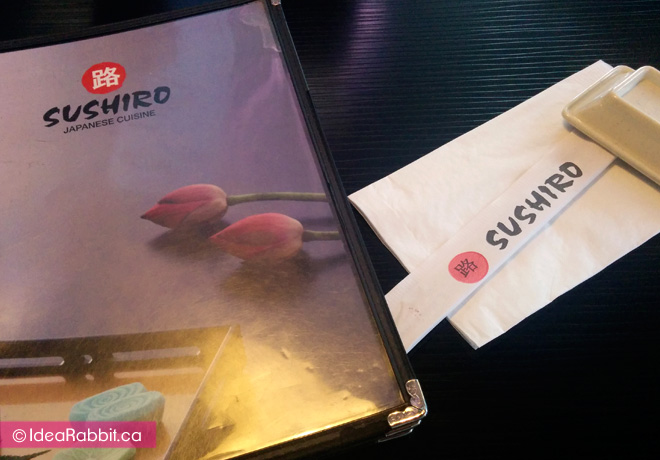 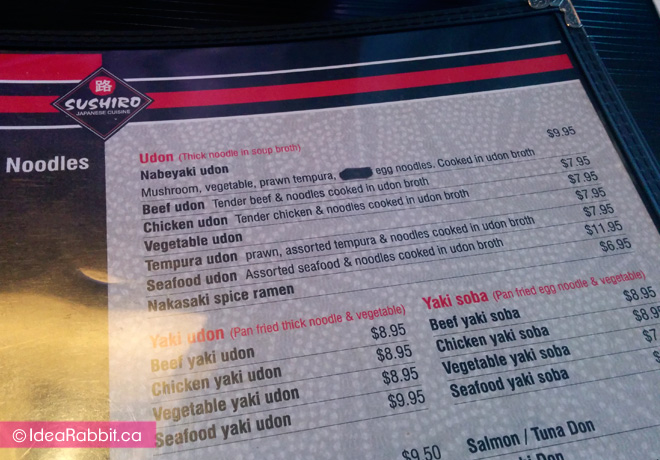 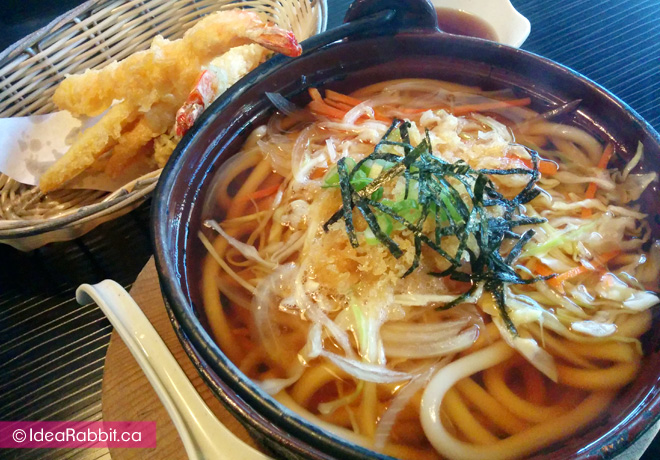 When we ordered, the kind server repeated our order, and I thought I heard the correct orders. However, she brought out the Tempura Don, instead of the Tempura Udon $7.95 that I thought I had said. But the ‘don’ and ‘udon’ is so similar, I can understand the mistake. The don was quite small in portion, so I don’t think I’d ever order it. Anyways, she took it back right away, and corrected my dish. Since the tempura is still the same, just need to get the noodles cooked.

I was pretty impressed with the Tempura Udon when it came out. It was decent in size. Looked delicious and was in a cast iron pot- though I believe these are usually used for Nabeyaki udons only. Still, it added character and also kept the broth and noodles hot till the very end! Slightly salty for me, but I really liked it. Compared to some other Korean/Chinese run restaurants that I have had udons in, this was pretty decent. The tempura were on the smaller side though.
Sheepie was also pretty impressed with his sushi.
The food came out in reasonable time, service was pretty good and restaurant is kept fairly clean.