Sheepie surprised me with Fat Badger, which offered British cuisine – something I don’t often eat, and I don’t know of that many British restaurants in Vancouver, to be honest.
The interior is a cozy, dim lit restaurant – or rather a heritage house that had been converted into. We had the table by the fireplace, but since it was May, there was no fire. 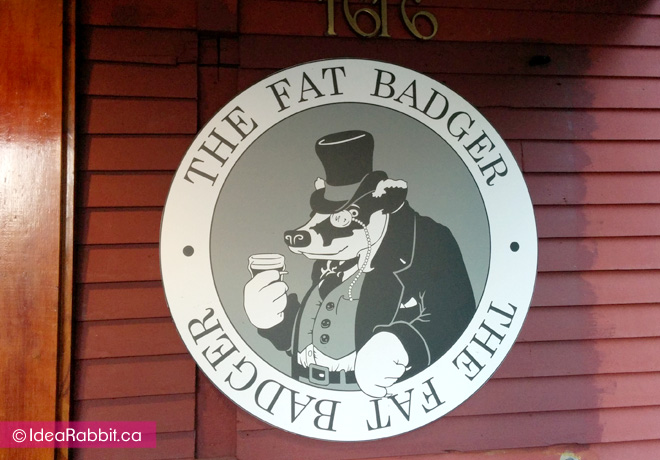 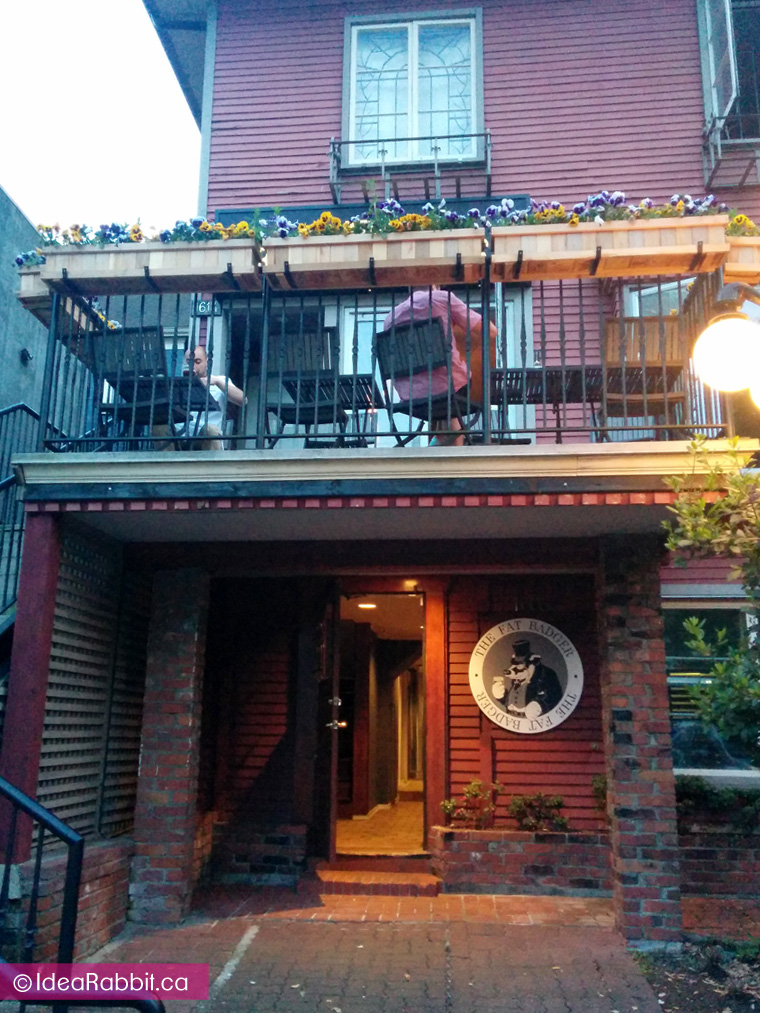 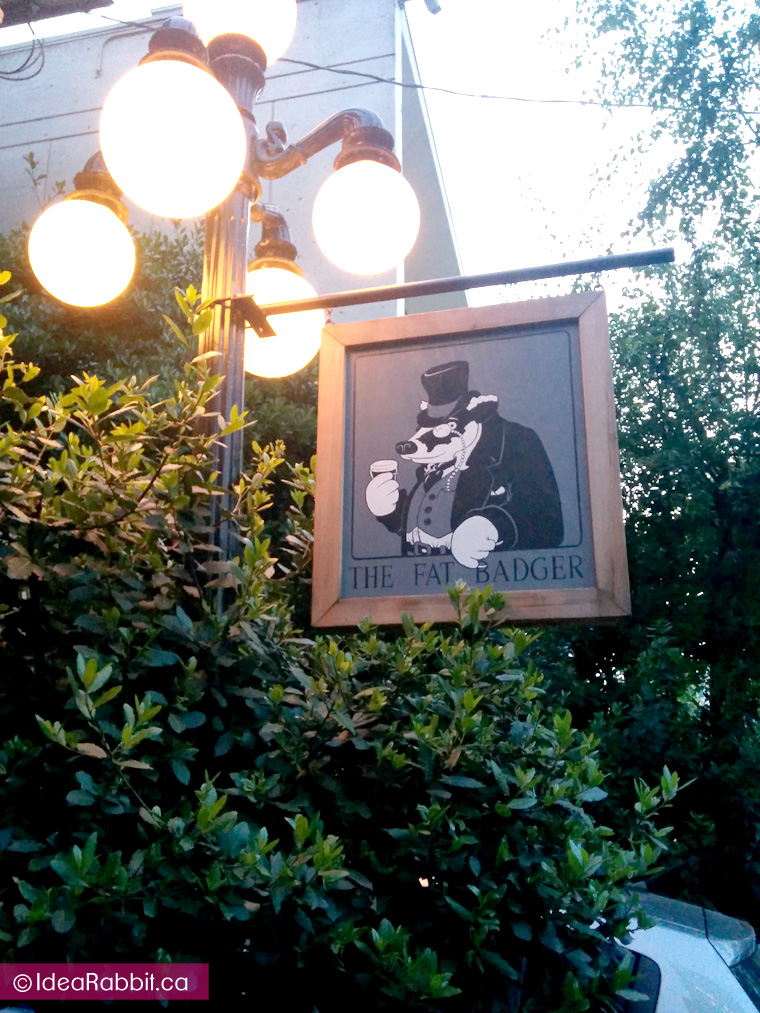 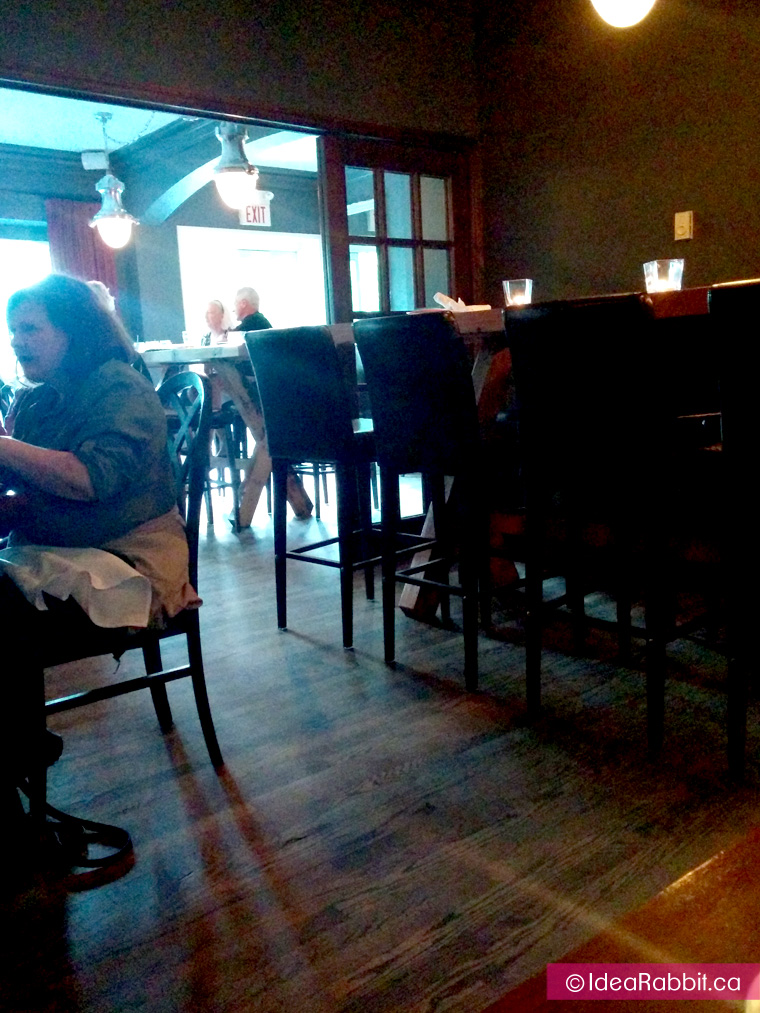 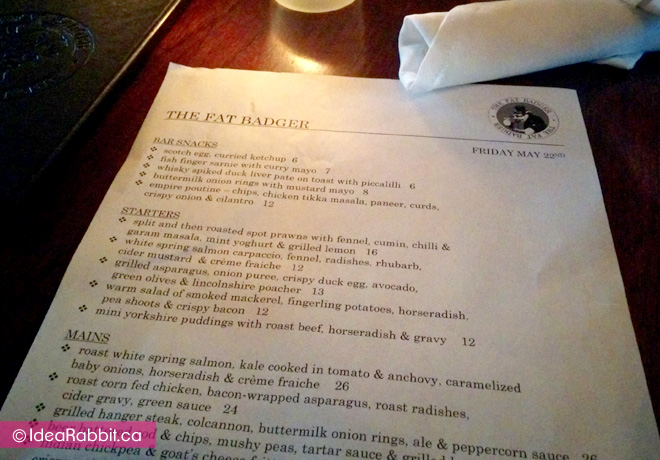 Surprisingly, their menu changes daily, and our server was the one who had to hand write the entire menu on the large blackboard hanging on the wall next to us before the restaurant opened! She said she spent like an hour writing it. Wow! Unfortunately, being that it’s dark and not all tables can see the board, I don’t know if many people order it from the blackboard… 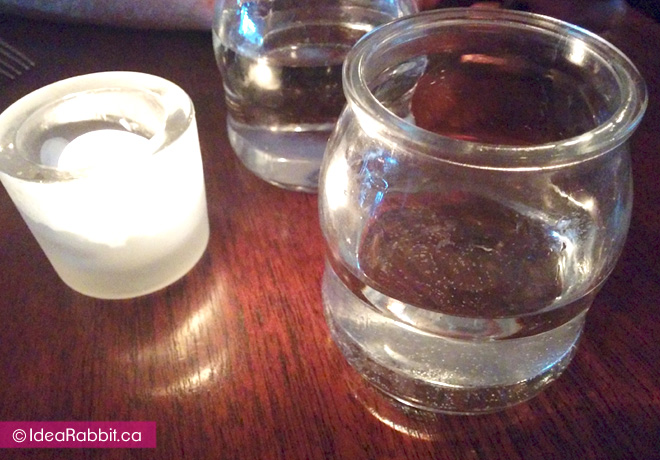 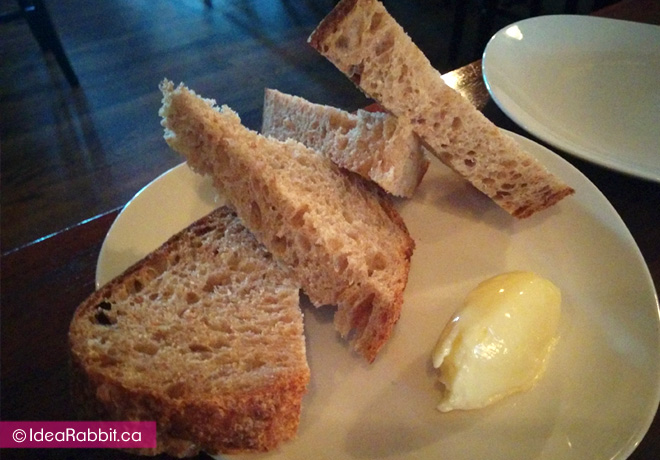 Our complimentary bread took a long time to arrive. Our server told us it’s just being toasted, but when they arrived, to our disappointment, they were not warm or anything. 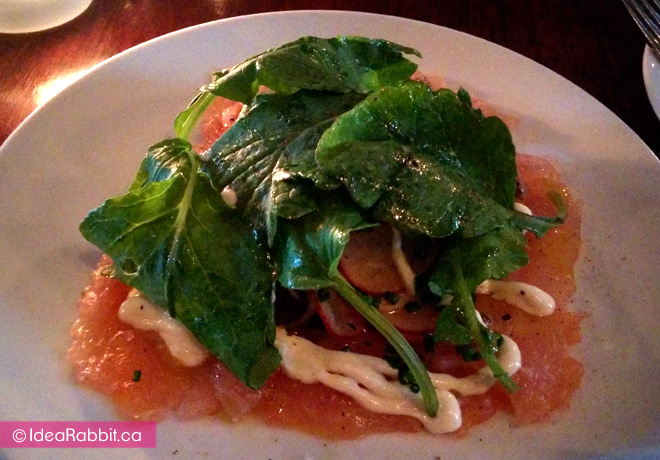 For my appetizer, I ordered the Salmon Carpaccio $12 with white spring salmon carpaccio, fennel, radishes, rhubarb, cider mustard and creme fraiche. I’m not sure what it was, but I wasn’t a big fan of this dish. It didn’t seem like the salmon went well with the sauces. 1/5 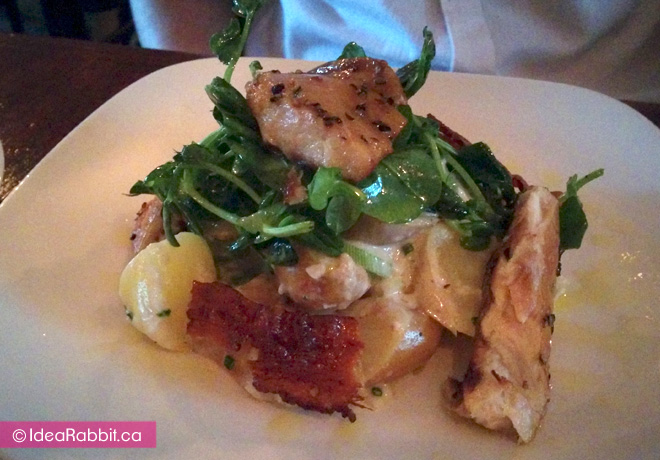 Sheepie had the Mackerel Salad $12 which is a warm salad of smoked mackerel, fingerling potatoes, horseradish, pea shoots and crispy bacon. 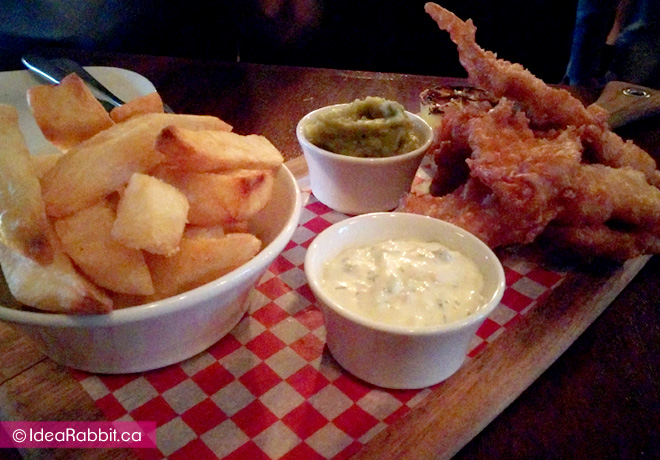 To share, we ordered Fish & Chips $24: beer battered cod and fries, mushy peas, tartar sauce and grilled lemon. We were surprised by the huge portion. The cod was juicy and meaty – very delicious, especially with the tartar sauce. The fries were thick and filling. I’m glad we shared! We were stuffed by the end!

Service was very good, and the atmosphere was relaxing and charming.