Our boss and three of us were in the area for a project. Afterwards, we decided to have some Korean for lunch, so we dropped into Jong Ga Jip. The restaurant is really simple and nothing really that stands out, decor, and furniture wise from other similar Korean restaurants. We started off with 4 banchan dishes. 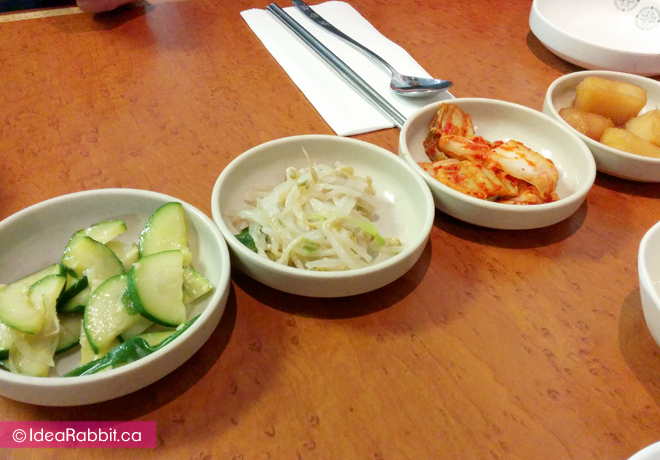 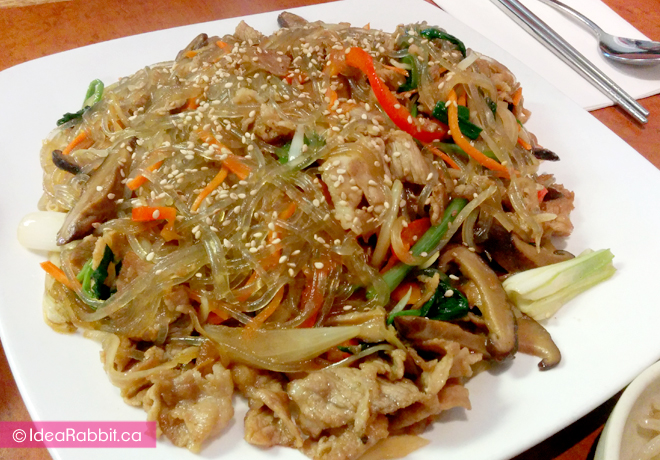 One who’s never had Korean food ordered Jab Chae $16.50. It looked pretty good, though I felt it was a bit pricey. 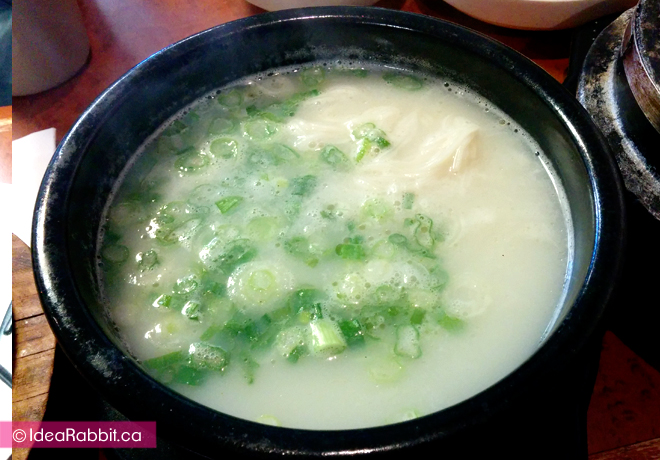 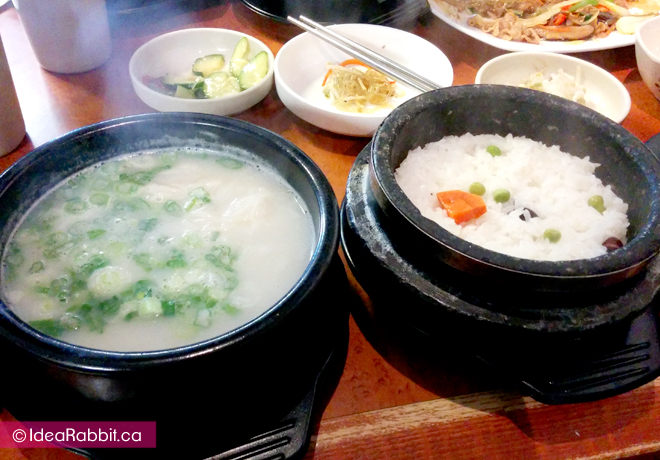 I ordered the Seolleongtang $9.99 which is a Korean broth tang (soup) made from ox bones (mostly leg bones), brisket and other cuts. I didn’t know what it was at the time, so I didn’t know that the seasoning is generally done by the person who’s eating it, according to his/her personal taste by adding salt, ground black pepper, red pepper, minced garlic, or chopped spring onions. There weren’t garlic or onions, but I did add in some kimchi from the banchan. I thought it was a really bland soup! Awesome that it came with noodles in the broth, with a huge bowl of rice! It was quite filling. Because I didn’t know that you were supposed to at flavour, I was kind of disappointed. 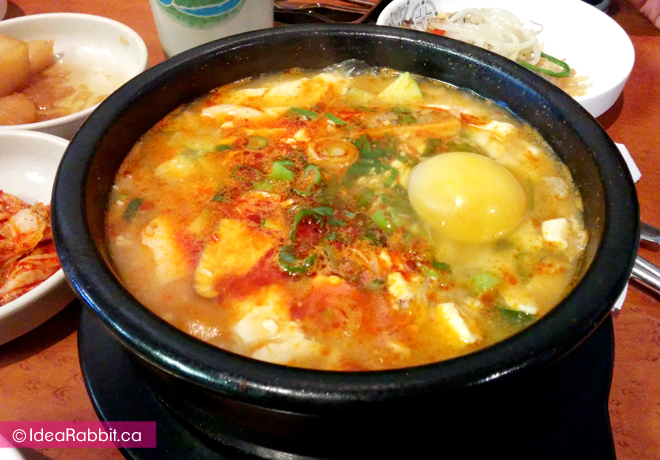 My boss ordered the Sun Du Bu $10.99 which did have much more flavour, so I did take some of her broth and added in mine. She could barely finish much of her rice, but her broth was good. 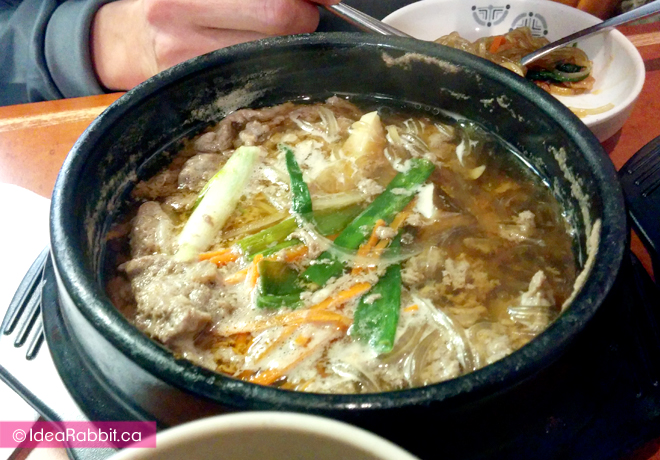 My co-worker had the Ddukbaegi bulgogi $11.99 His was also flavourful.

Service was ok. Atmosphere was ok. Getting a big bowl of rice in a ceramic bowl is bonus. To be fair, I think I would need to give this another try as my failure to know what I was ordering had resulted in what I wasn’t expecting.