We happen to be in the neighbourhood and saw this village mall so we decided to check it out for food. We came across Kum Ki Wa, and decided to try it out.

It was 3pm on a weekend, and it was pretty bare, except for 2 tables that was occupied by customers. It had funky designed chairs – not the chair itself was funky, but just the fabric that was used. The walls were painted nicely with a touch of modern decor.

I ordered the #8 Japtanbob $9.99 which was rice covered with seafood and vegetables in thick sauce. My company ordered the #12 Bulgogi $10.99. Although the description nor the photo indicated that it came with rice, he was very happy to see that it did when the food arrived.

The portions were fairly big. For the price, I thought it was a really good deal, especially with all the seafood that was in it. It had a lot of shiitake, which is a delicacy, but I don’t like them…so my company ate them instead. The plate that my food came in was chipped all around as if it had gone through a garburator instead of the dishwasher. That was a a bit disappointing… 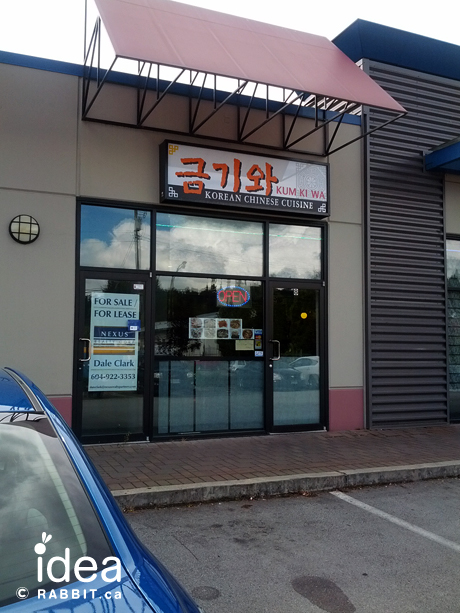 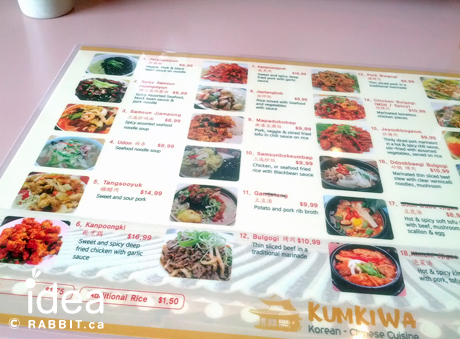 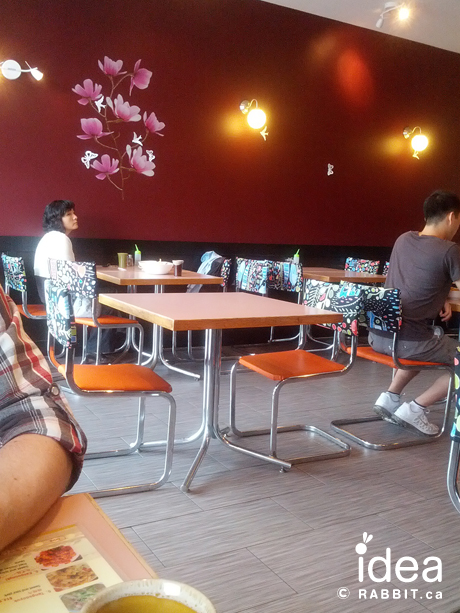 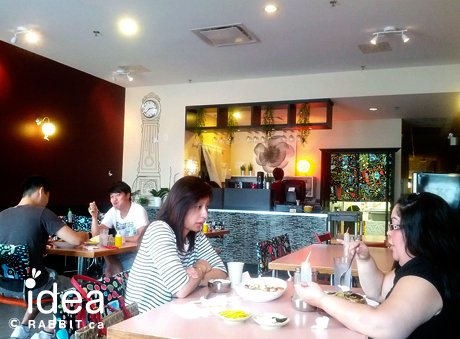 The banchan (complimentary side dishes) were really odd. Raw onions with sauce…and takuwan (in Japanese – which is picked daikon/radish). The takuwan was ok. You usually eat them with white rice or onigiri (rice balls). But I’ve never seen chopped raw onions served like this. To save our breath, we didn’t eat any of the onions. 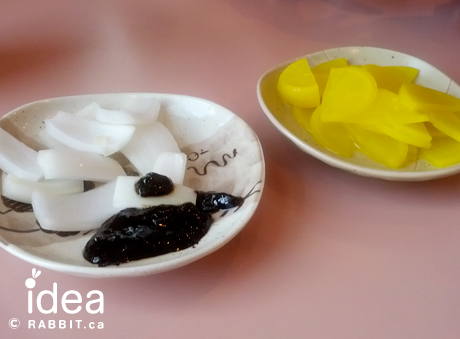 During the wait and eating, we were trying to connect to the internet on our phones, but we were unable to connect. We thought it was because there weren’t much cell towers in the area, but when we got out, we had connections, so not sure if it has anything to do with the building, or it was just a coincidence. However, if there is no connection, it’s not a place where you can come in with your laptop and work online… 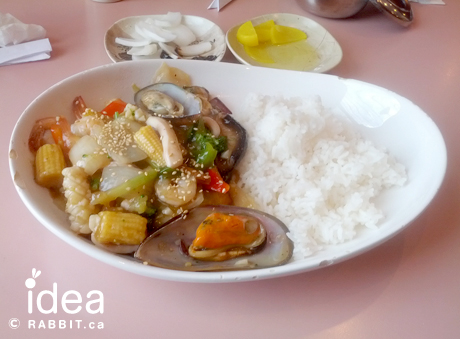 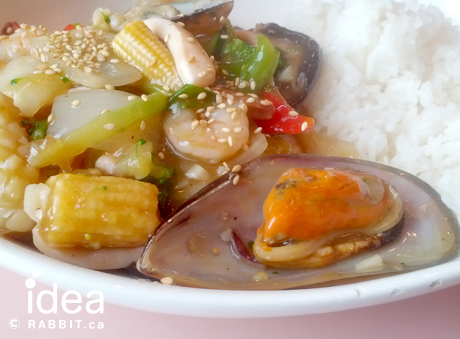 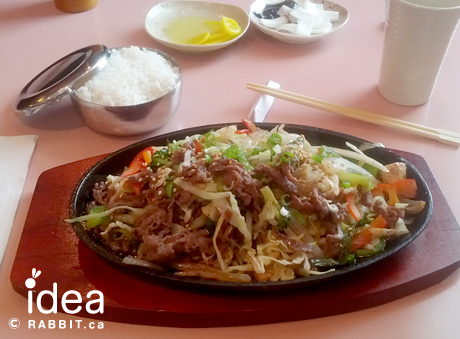 The restaurant was clean, service was good and prompt. The portions and taste was great. It looks like a family run business. Once all the other customers were gone except us, they sat around one table, Mom, Dad, young guy who takes the orders and serve, and a little girl. I’d go back if it weren’t so far from home!