A fairly large and spacious Japanese restaurant run by Koreans in Surrey. Half of the restaurant has private tatami rooms, with even closing doors. We were there on a Sunday evening, and only the private rooms were occupied. The private r

oom was very nice, and with the sliding door, we were able to shut out the noise and cold draft from the hallway. Unfortunately, unlike in Japan, the servers did not even make the effort to close it after they brought us tea or food, making it a little annoying for us to close it every single time, and eventually leaving it two-thirds of the way open.

The rooms were run down. The Asian artwork on the wall was ripped and had a hole as if someone had punched through it. The wall itself looked like it had gone through some war time. It was in serious need of renovation and upgrading. 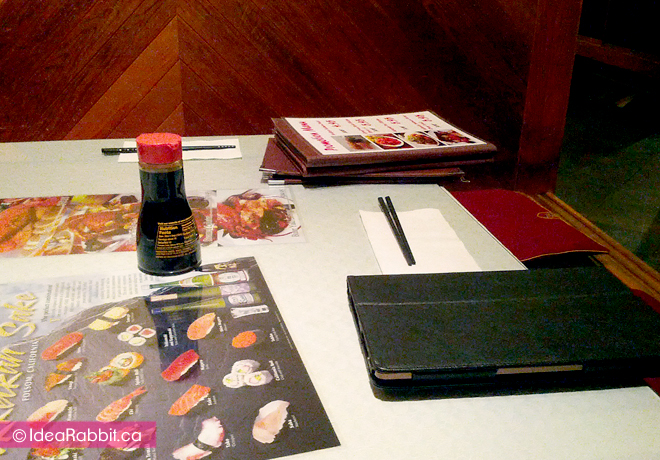 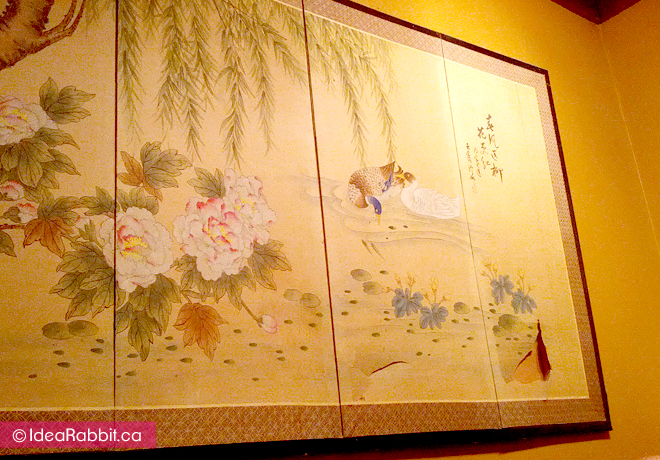 Nice try on decorating, but rips and holes in the art? Better not to have it up in the first place if it is that damaged. 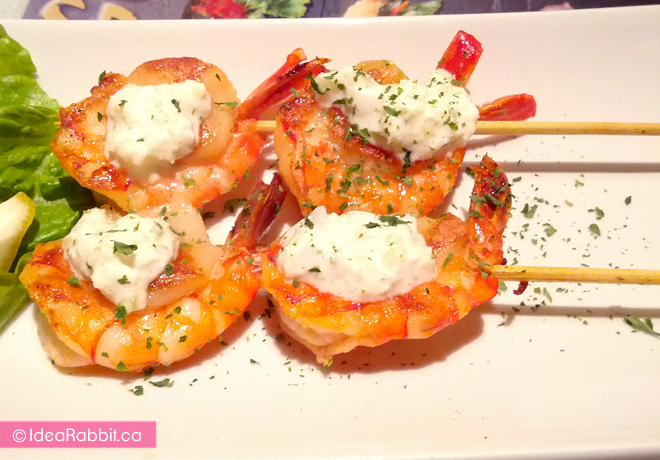 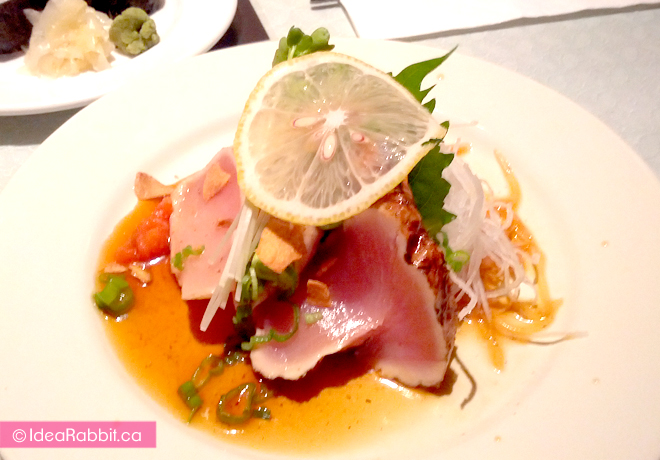 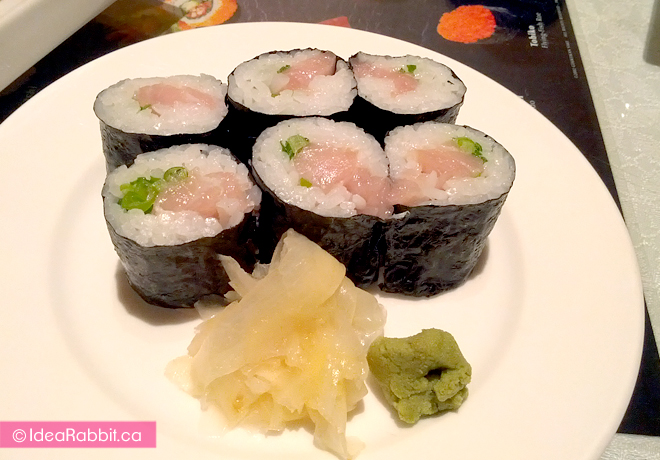 I ordered the negitoro roll $3.95, Scallop+Shrimp skewer $5.95 and Tuna Tataki (small) $7.95. The food came promptly except for one person’s bento box which took quite a long time. The negitoro was good. Scallop and shrimp was nice and juicy. The tuna tataki was ok. I think I’ve had better ones at Green Leaf for the same price. Could have used a bit more zest flavour in the ponzu. But overall, my food was satisfactory. I tried a bit of Sheepie’s Gangnam Style Chicken which was chicken enrobed in kimchi and a lot of oil. Kind of like those Chinese deep fried chicken with red sauce, but spicy. It was alright, but a bit greasy for me. Sheepie had the Viking roll, but he didn’t like how there was so much cream cheese inside. I didn’t try.

Service in terms of bringing food, tea and friendliness was satisfactory. Presentation of food was normal, prices were a bit high for the quantity and quality, but the taste was good enough to satisfy my dining experience. It’s a bit far to come all the way down to Surrey from downtown to dine, especially with all the good sushi restaurants in Vancouver area. But if you live in Surrey, or happen to be in that area, it’s an ok Japanese restaurant to check out.