After living in downtown for so long, and visiting the gallery several times, I don’t know how I missed going to this cafe. It can be easily missed as it is on top of the gallery.

The cafe was pretty bare. It had an European cafe feel, and had a high-end charm. We each had a piece of dessert with Coffee $2.25. Nice presentation! The chocolate cake was really creamy and tasty. Mmmmmmm!

Since it was warm, we sat out on the patio. Definitely would come back again for sure! 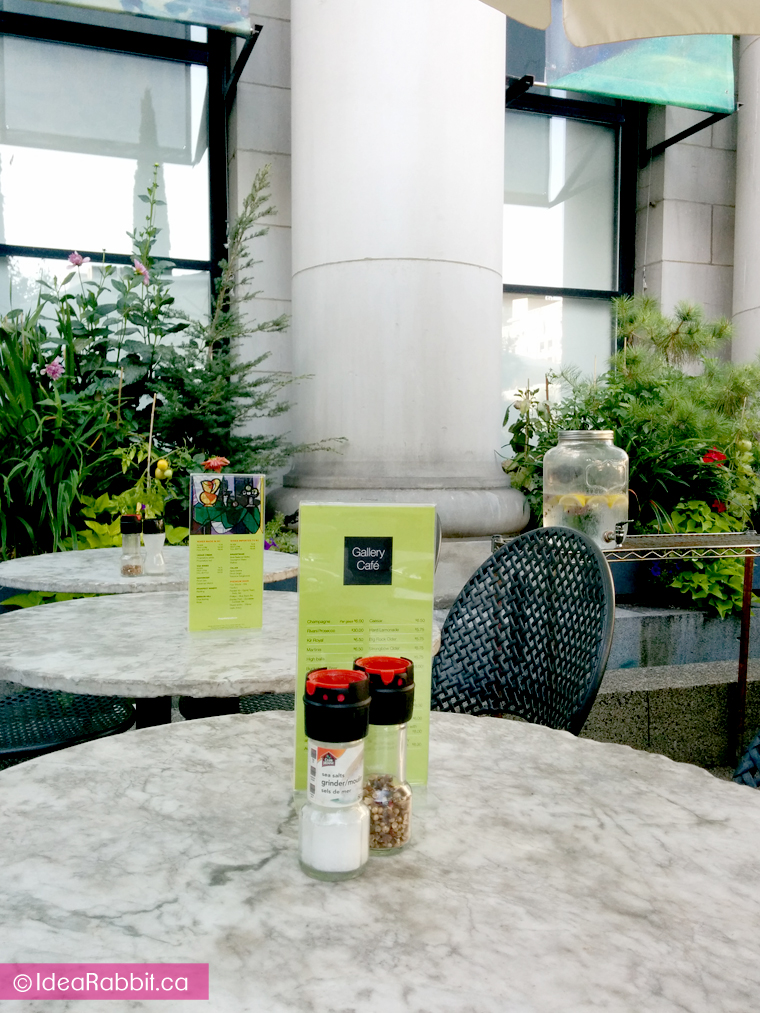 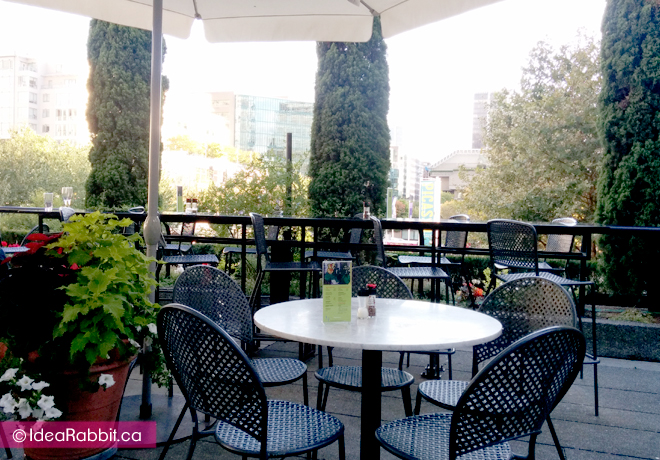 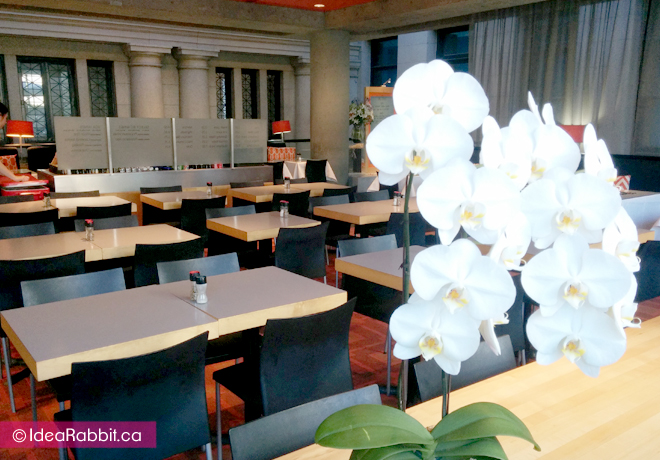 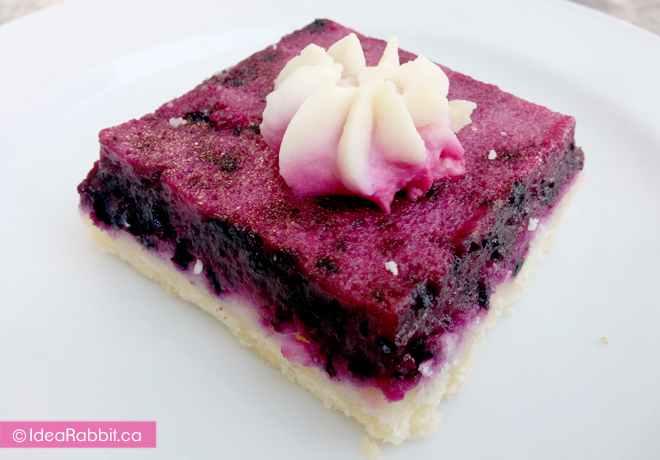 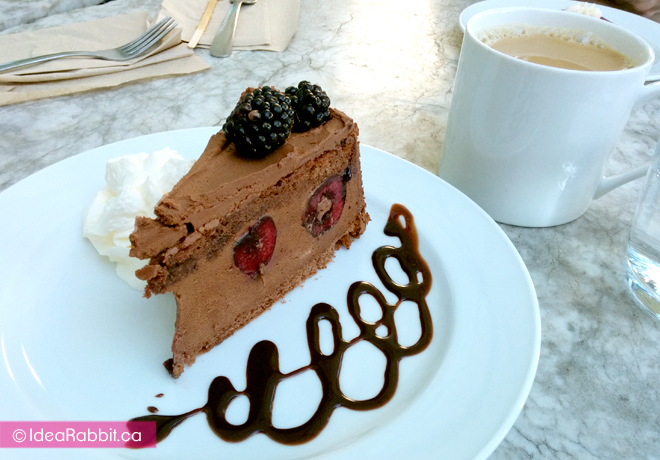 I used to think that this cafe was really high end when I first moved to Vancouver over a decade ago. Wow! A lot has changed since then, in terms of competition amongst the coffee/cafe market and as well as my tastes after getting into the foodie world. 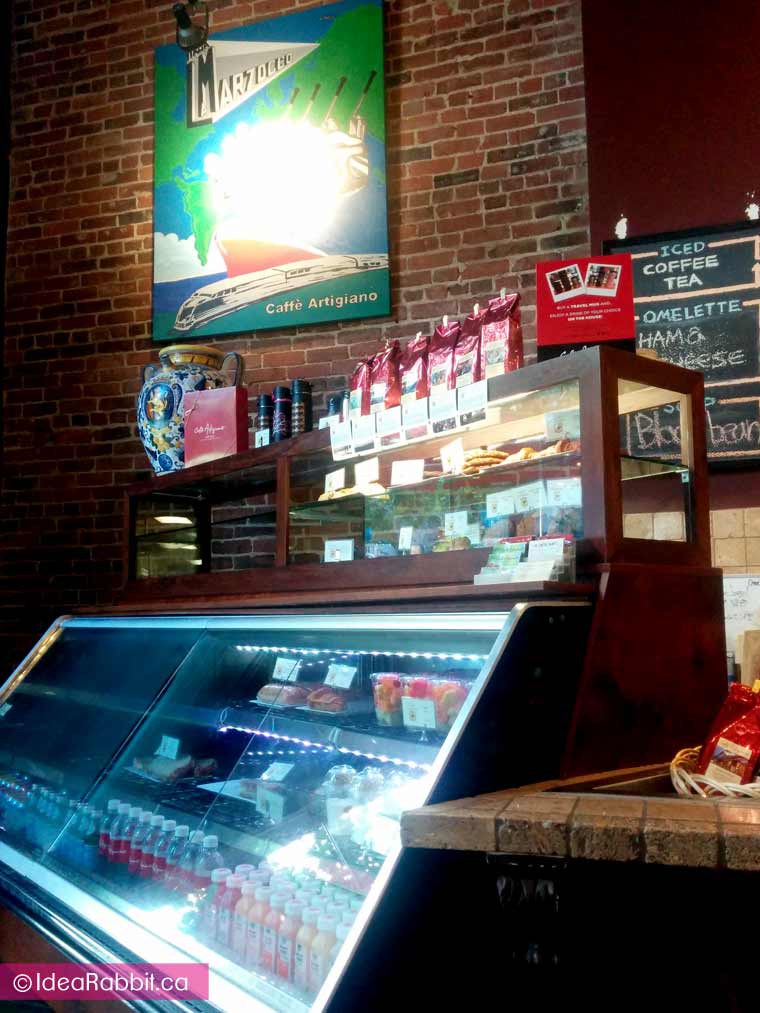 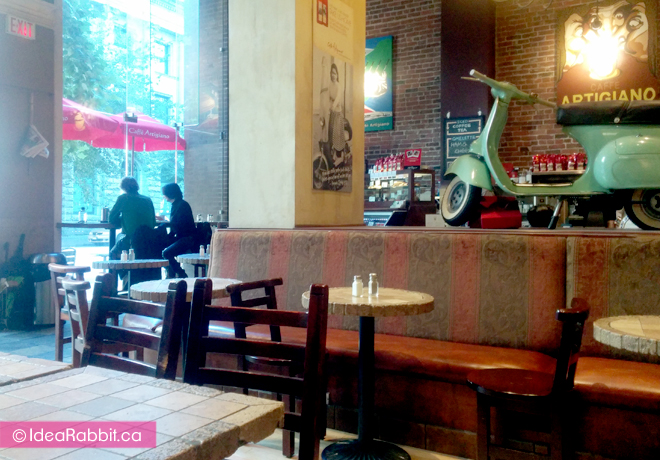 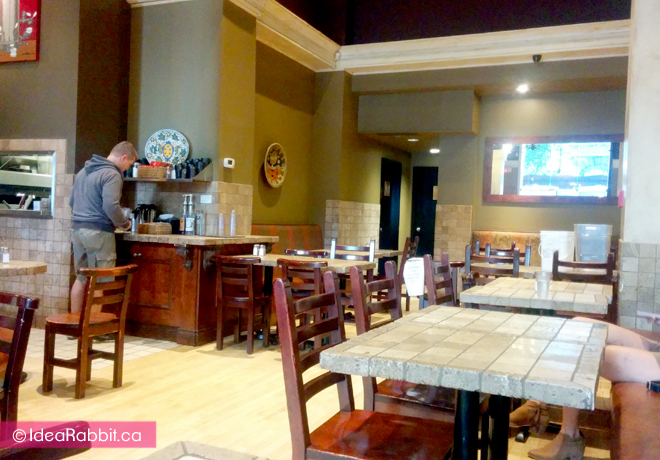 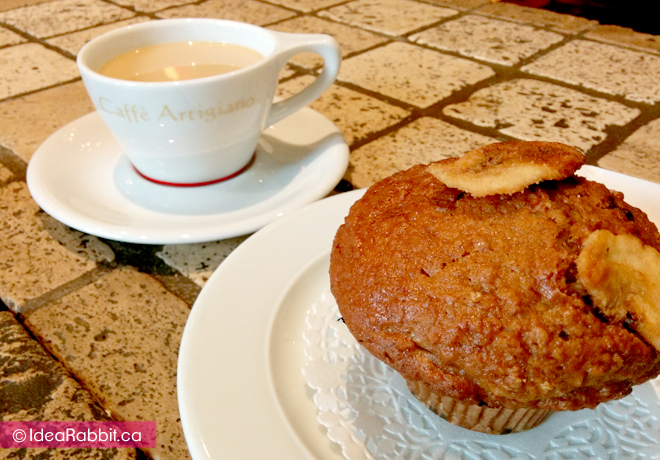 Their coffee is good, but I am not a fan of their old-restaurant-bathroom-tile-floor-table top. It’s bumpy and not that great for eating on top, and doesn’t look appealing. The brick walls has the old hipsterish feel, along with their vintage decor.

I love Nero waffles! They’re the best! However, I don’t really like the location on Robson where there are long lineups, and it’s really crammed in the little hole in the wall. Forget about trying to get a table!

So I’ve been waiting and waiting for a really long time for this location to open up. Finally, Sheepie and I went to check it out. A complete 180 difference for this location. The interior is slick, modern and high-end. The 3 booths have a unique side wall that curves into the ceiling. I wanted to sit in one of them, but unfortunately, they were all taken.

We were greeted by a staff who took us to our table. We had a menu set in front of each of us. I ordered my favourite Mocha Waffle $8.90 to share. Sheepie ordered a latte $4. The patio on the side had comfortable show-home looking furniture under infrared heaters. It was tempting, but with the chilly wind, I decided to dine inside.

I thought the price would go up with this extensive (and expensive) reno, but it was still the same. It didn’t have the lineup out the door as the Robson one. Not sure if it’s the location or because they’ve just opened up.

The waffle was good like I remembered it. Crispy and light, the mocha infused cream is also light and fluffy. The dessert is not sweet at all. Perfect for me, not so perfect for Sheepie who loves sweetness. He ended up sprinkling the brown sugar for the latte on his half of the waffle.

The latte art was nicely done, and it was quite strong, so I only had a few sips, otherwise I will end up not sleeping at all. But good strong espresso flavour.

What great place for dessert after dinner than at Nero’s? 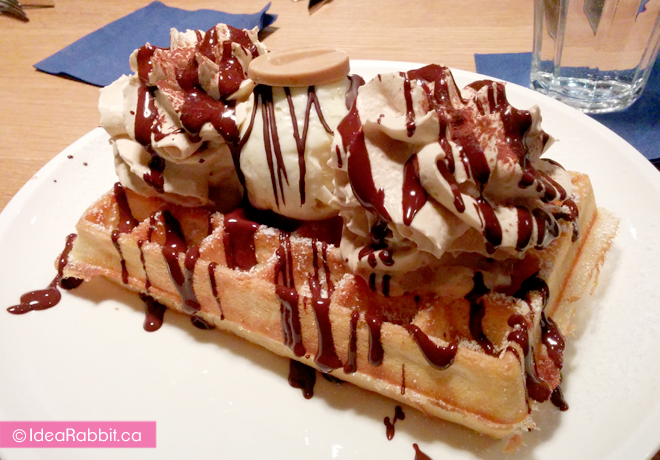 I again had the Mocha Waffle $8.90 (sorry, just love it too much to try anything new…I know… so bad as a foodie…) 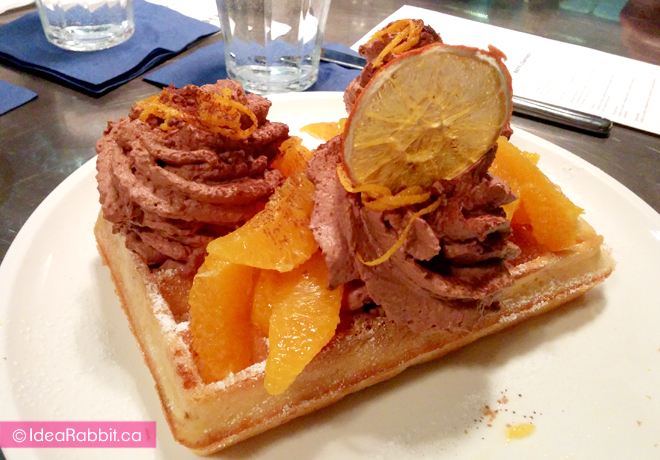 Sheepie saw someone else eating the Orange Mousse $7.90, so he ordered that one. The server will ask everyone if they would like the Liege waffle (soft and sweet) or Brussels (light and crispy). My Mocha is always on the Brussels. I think Sheepie was too occupied in talking and wasn’t aware that there were two kinds. He probably said he wants something sweet cuz of his sweet tooth. He was shocked when the Liege came out. It was half the size of the Brussels. They explained that it was much more dense than the Brussels, but pretty much the same amount of ingredient. He fought for his Brussels, not so much because he wanted the lighter one, but he complained that it wasn’t fair in portion. Anyways, he did finally win the fight and had his Brussels version made (the photo above). It has fresh cut orange segments with dark belgian chocolate mousse topped with citrus garnish. The cafe did a good job accommodating my grumpy Sheepie. LOL.