Every year, Vancouver celebrates the Japanese culture with the Powell St. Festival where one can enjoy performances, food and traditions. It’s apparently the largest Japanese Canadian festival in Canada and the longest running community celebration in Vancouver.

It usually runs on the last weekend of July, around the same time as the Celebration of Lights.

Ever since I started volunteering at the festival in 2006, not much has changed. It’s still at the Oppenheimer Park, a location which I wished they would change. There has been many talks to do so, but so far, it has never been relocated since I’ve been there. Unfortunately, the festival is disturbed by homeless people, and every year, we get some that harass us at the food booth. There hasn’t been any physical violence – thank God. But there has been some verbal abuse. It’s a bit of a concern, especially taking young kids where some of them are bothersome.

But onto the good stuff. The festival has expanded a bit with more booths and a second small stage that usually showcases urban dance, street performances, and taiko. I haven’t seen a dramatic increase in prices over the years, but it can be pricey. But just keep in mind that all the proceeds will go for a good cause. It keeps the community active with events and brings people together. 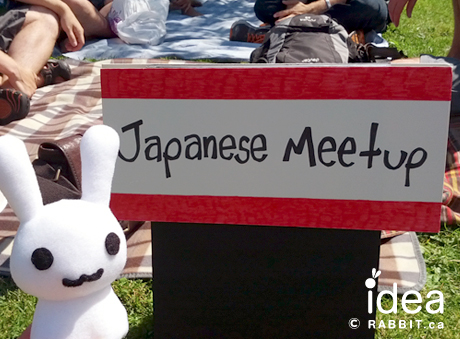 The Japanese Meetup Group from Meetup.com was there too! 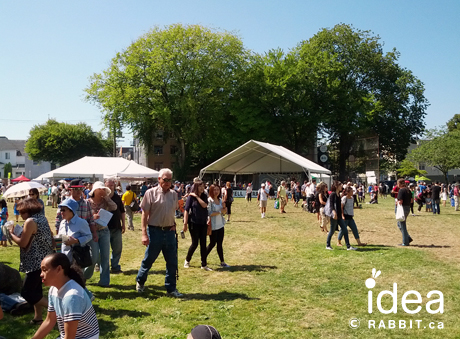 To start off, we had the $10 combo that came with grilled salmon, genmai (brown rice), spam sushi and a can of soda. The salmon was nicely grilled and salted. I liked that it came with healthy genmai…I didn’t try the spam sushi…it looked odd, and not really appetizing, though I’ve heard that it’s pretty good…my friend who ate the spam sushi told me that spam is no longer being produced anymore. Not sure if that’s true? 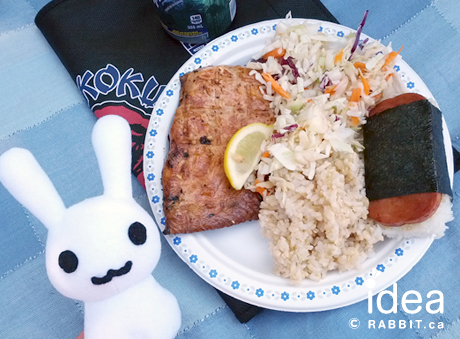 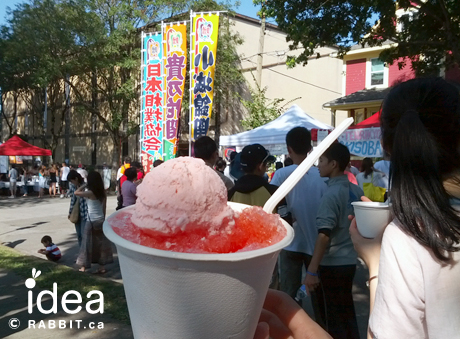 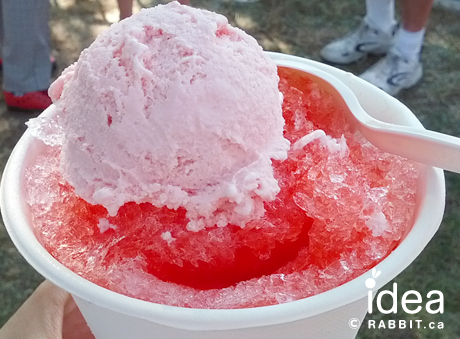 Every year, it’s been pretty good weather. We’ve sometimes had days where it’s a bit chilly or drizzle, but never pouring rain…as much as I can remember. With another hot day, and the sun blazing down on us, we sat in the shady area of the grass. I got myself a $5 shaved ice with fruit punch syrup and strawberry ice cream.

There are also many booths that sells Japanese crafts and artifacts. Tents like Tonarigumi has items that were donated, and are on sale. Other booths are run by local artists, many in which portions of their sales goes to the communities that are involved in the festival. Very cool!

I happen to find a pack of hedgehog illustrated cards at Chapters on Robson. Two things I love – hedgehogs and cards! It was a bit pricey…$12 for 8 cards with envelopes…though now that I think about it, a single cards from Carlton Cards or Hallmark can easily be $3 and up, so if you think of it that way, maybe it’s a good price. It was also 30% off at the time, so bonus!

The cards are textured, giving it the ‘hand-crafted’, earthy feel. The kraft envelope is also a nice combo. It’s simply a must buy!! And send/give it to your friends and family who deserve a cute ‘thank-you’.

They also have a simple, yet beautiful blog >> click here. 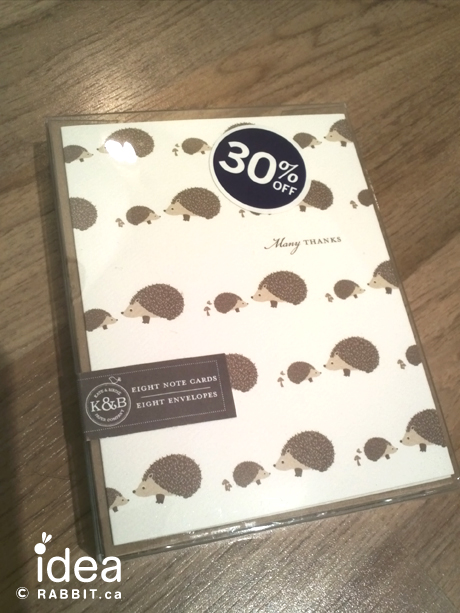 So adorable and cute!! 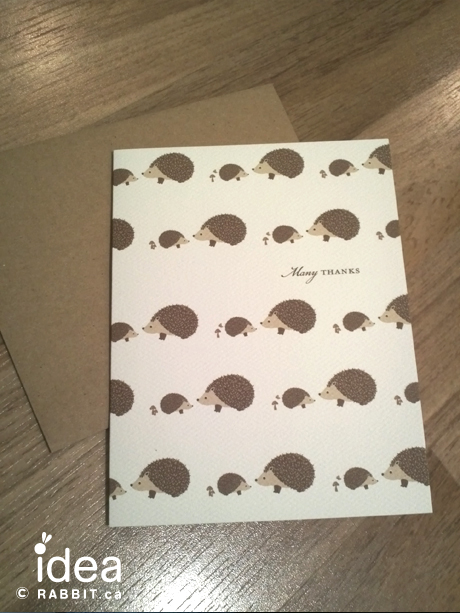 Each card comes with a kraft envelope 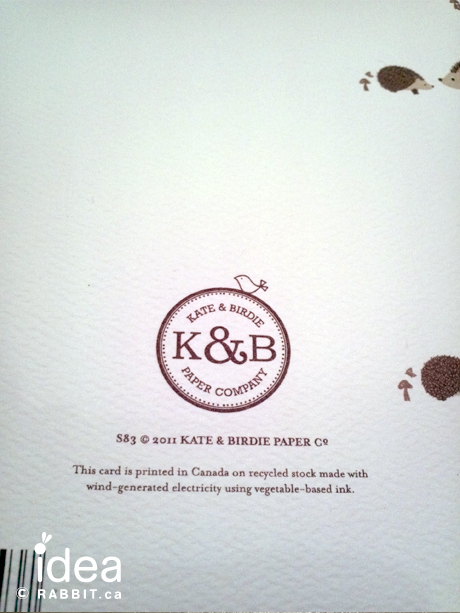 Even eco-friendly, and printed in Canada!

Ooooooo! I love letterpress! The texture of the paper, the impression the fonts leaves on the paper….mmmmmm….

Check out this blog site http://adventuresinletterpress.blogspot.com!! Awesome works! I’d love to buy some stuff from her….

Erin McCall is Principal of Sunlit Media. She does everything from graphic, web, identity, and letterpress! Her studio based in Vancouver, BC! So jealous!