The healthy alternative to fast food restaurants like McDonald’s or Tim Hortons. I always thought their sandwiches were a bit expensive, but since discovering their $5 for foot-long sandwich, I’ve been going back whenever I need a healthy sandwich to go, or too tired to make something for dinner and the fridge is empty.

I think they used to only have three choices for $5 foot-longs. Salami, Veggie, and Egg. I always ordered the salami. Recently, I noticed that they had more selections:
- Cold Cut: with different types of ham
- Pizza Sub with Cheese
- Egg and Cheese
- Egg Salad
- Ham
- Veggie Delite

It seems that the US is doing all of their regular footlong sandwiches for $5 for the entire month of September, but here in Canada, we’re limited to only a section of 6. But it’s still a nice variety. 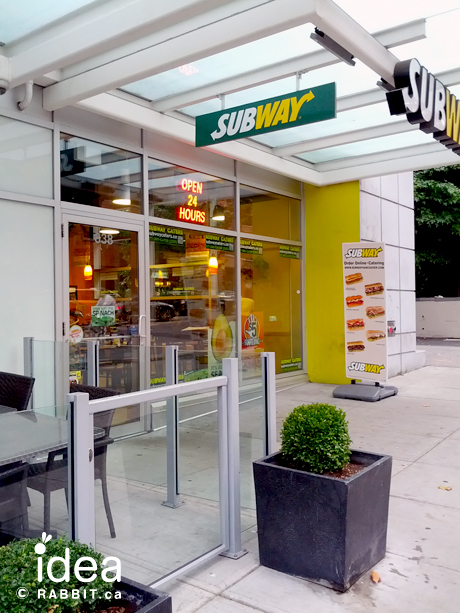 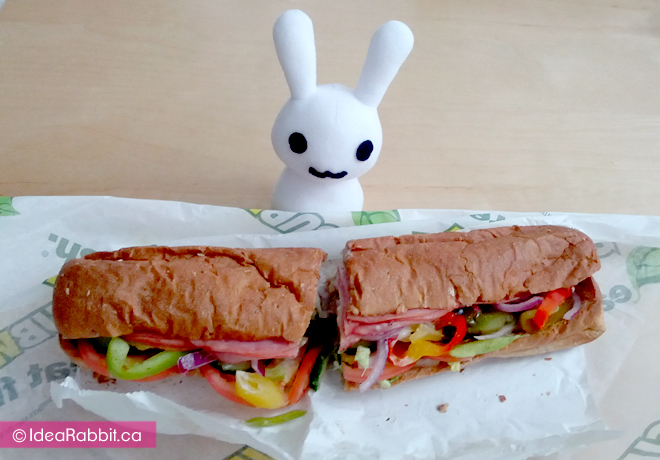 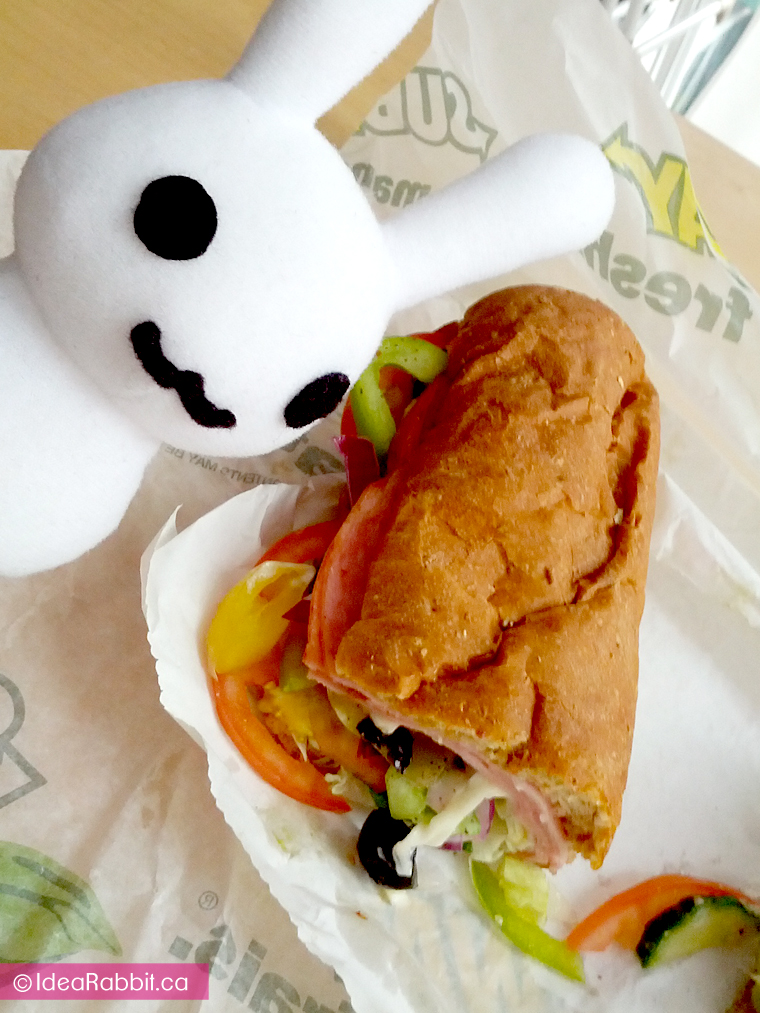 It’s great if you are picky with your food. You get to choose from a number of breads, toasted or not, 3 different cheese, veggies and sauces – all custom to how you’d like it. Subway doesn’t add MSG to any of their standard menu items, so you can feel assured that you’re eating more healthily.

The sandwiches are refreshing, and filling, a great deal for only $5. The customer service on the other hand can differ from location to location, though many tend to be unmotivated or not professional attitude. The location on Davie and Howe is open 24 hours. I’ve been there many times, but the staff are always unhappy. Never smiles. They also mumble. I don’t really know what they are saying, but since I’ve been to Subway so many times, I know their routine questions. But for anyone who is new to Subway, or even a regular like my friend who ends up getting upset because he can’t understand what they are mumbling, it can be a headache.

Sadly, Subway has been a disappointment. Their use of chemicals in their bun has turned me off. Read link below.

Now the above article doesn’t explain that in Australia, the UK , and Europe the use of azodicarbonamide as a food additive is banned. In Singapore, use is punishable by up to 15 years in prison and a fine of $450,000!!!! Plus, Azodicarbonamide as a blowing agent in plastics has been banned in Europe since August 2005 for the manufacture of plastic articles that are intended to come into direct contact with food.

The United States and Canada permit the use of azodicarbonamide at levels up to 45 ppm.
No wonder we are all sick here…

The disappointment doesn’t stop there. I usually get the 9 Grain Whole Wheat bun. On an undercover documentary on television, they found out the bread is not whole wheat, but white flour with caramel colouring to make it brown. They are deceiving the public into thinking that they are making a healthier choice when in fact they weren’t. People who were diabetic had their sugar levels jump up, so it’s best to be cautious – better yet, make it yourself at home.

Since then, I have hardly gone back when I used to have a sub almost once a week or biweekly. I am sure that Subway isn’t the only one with these kinds of stories. If I had a yard, I would grow my own veggies…growing wheat would be a bit of a challenge though…lol.

So much for being healthier…Subway loses 2 carrots from ‘Price for Value’ from 4, down to 2 for not being the healthy choice they claim to be.