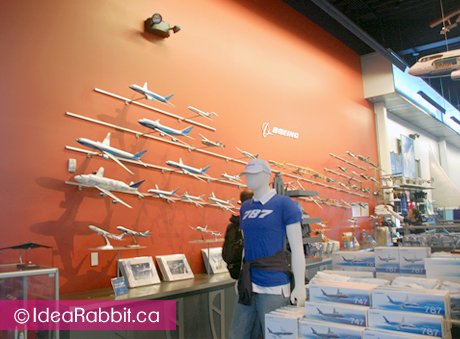 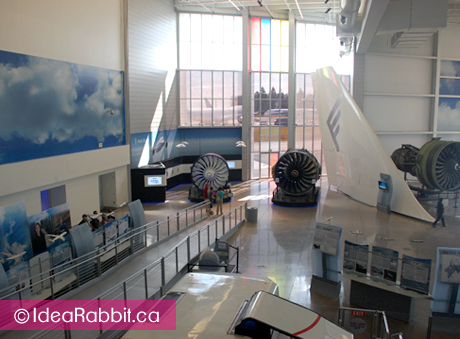 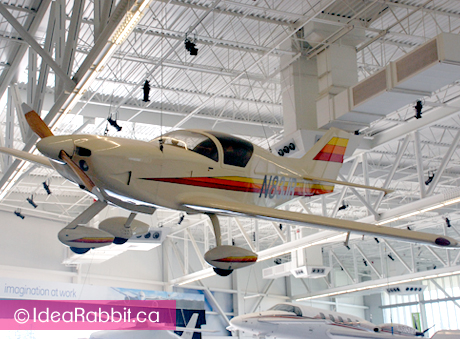 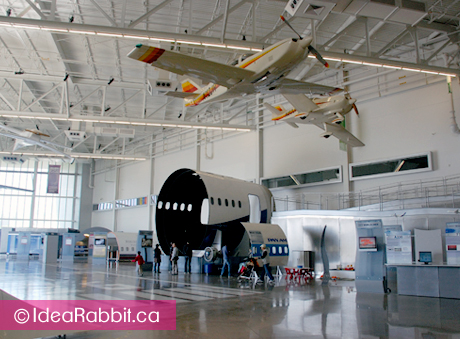 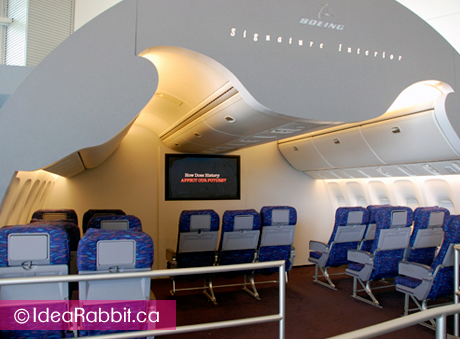 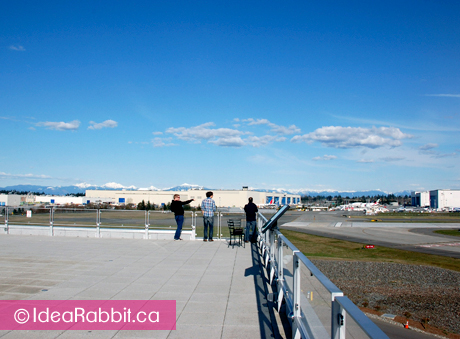 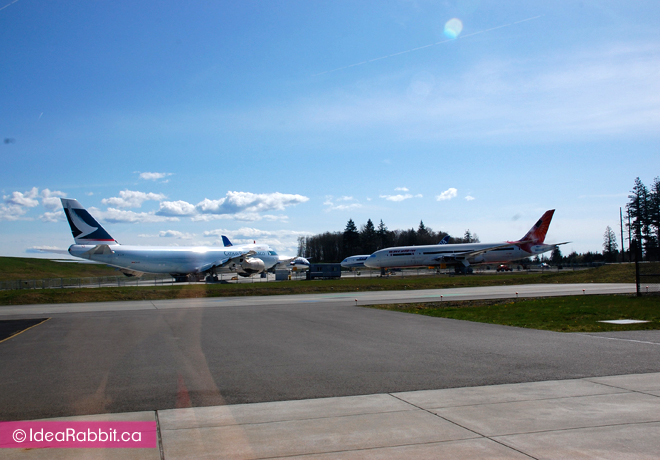 So my trip to Germany begins – with Air Transat food! lol

I’ve heard some bad reviews about Air Transat from people, but I haven’t had a problem with them. Back in May of 2008 I flew from Vancouver to London, then from Paris back to Vancouver for $660 – taxes and fees all included! Just ridiculous how cheap they were. It was a promo, and so glad I took it. My parents flew out from Calgary on the same dates and they paid much more than $1000 each with Air Canada. 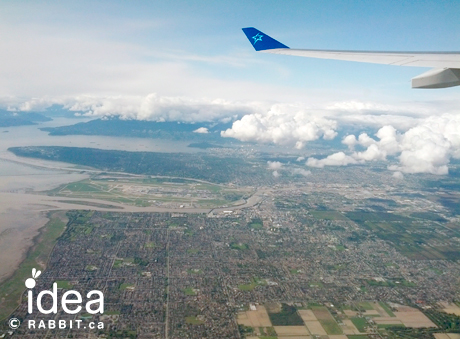 I hear that the storage above the passengers are flimsy and can fall down. So far, I’ve never seen that, so can’t say much about it. People say that the seats are too small, and not enough leg room. Being a really skinny Asian, I haven’t had any problems. I haven’t really noticed it either. My German company did complain he seemed cramped. 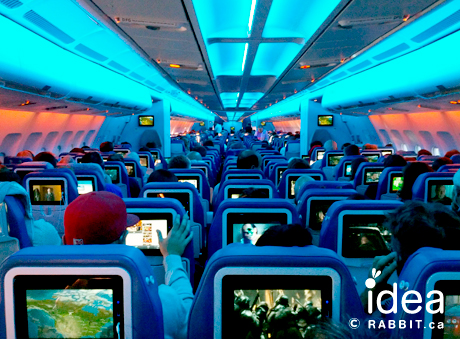 For this trip, for the first time in my life, I was seated at the very very back of the plane. There seemed to be less seats, and more room. Both ways, we had the aisle seats. One the way to connecting city Calgary, we were able to seat ourselves by the window and check out the view. Once we couldn’t see anything, we were busy playing games on the tablets attached to the seats.

One the way back, there were even more space and I was able to take up 2 seats and curl up for a little rest.

Many complain about the food – the quantity and quality. For me, it was perfect. I haven’t flown with Air Canada in ages, but growing up, I always found the meals to be too big. When I don’t move much, and very stressed (yes, I have plane-phobia), I don’t have much appetite. I do keep reminding myself to hydrate myself often since I’m dehydrated on land most of the time. 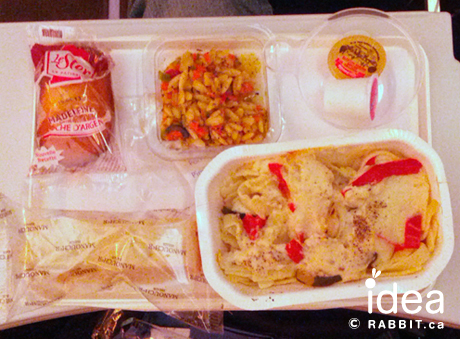 On our way to Germany, I had the pasta with chicken in cream sauce. It came with some vinegar salad, bun, and a sweet snack. The main dish was something like out of those frozen meals you can buy and put it in the microwave. But what do you expect? You’re flying for less than $900 roundtrip in May! I told me complaining company if he’d rather pay $1500 with Air Canada for some ‘better’ food. When I got back to work, my Hong Kong coworker said “I don’t care about the food, you’re just flying to your destination. You’re not going on the plane to dine.” I completely agree. I would rather save $500 on my plane and use it to dine at my destination – and $500 can go a long way (if you don’t dine at some fancy restaurant that costs that much in one dining!). 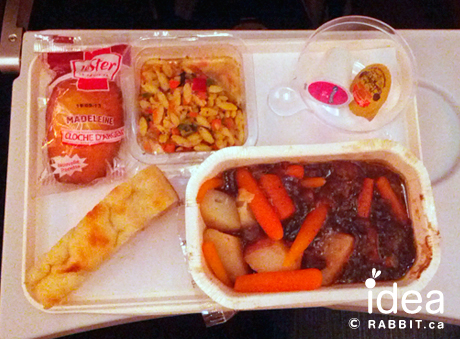 However, on the return flight, it was a bit disappointing. By the time the flight attendants came to the very last portion of the plane, they were out of choices. They only had beef left. I was actually ok with that since I was thinking of getting the beef this time to try it out. Again, nothing spectacular, but I’m just more worried about the plane landing safely back home lol.

For breakfast, it looked like the flight attendants were pulling carts of baguettes. I was kind of hoping we would get them – something fresh and light. However, they ran out, and the last 7 or 8 rows had a slice of pizza in sealed plastic. Ah! I am not a fan of pizza – except ones that Sheepie can make from scratch

In conclusion, well, don’t expect too much from the food. You’re getting a super good deal for the flight, and if you’re flying to Europe, I highly recommend flying with Air Transat! They usually don’t need promos – their prices are always good and hard to beat! The service is pretty good, although Sheepie complained about the terrible German translations on flight…lol. Check in was hassle free – online check in is available in Vancouver, so we didn’t have to line up to check in our luggage! That was really good cuz we nearly had a heart attack when we saw the line up for regular check in (where we first started to line up cuz we weren’t too sure). In Germany, online check in wasn’t available, but the actual line up was very short for luggage, so no problem!

If I can fly from point A to B safely without too much turbulence for a great price, that’s all that matters to me

(yes I do have extreme fear of flying…lol)